The Marvel Universe is gone and all that remains is Battleworld! Sellers Points is here to follow the events as they unfold and let you know what’s happening in this crazy new world. There will be MASSIVE SPOILERS, of course. A new War Report will be published the week following the release of a new issue of the main Secret Wars title. There will also be the occasional suggested tie-in. To catch up on previous reports, check out recent issues of New Hotness. And now, let the battles begin! 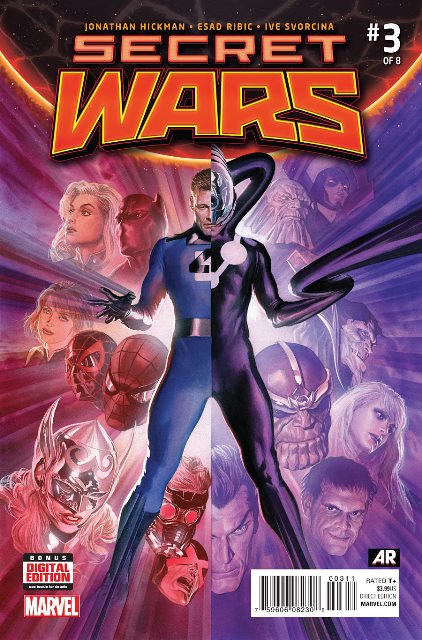 The Cabal is loose in Battleworld and the Thors are on the case. But the group of former villains and (sometimes) heroes from the 616 and Ultimate Universes are able to hide fairly effectively. But the big reveals of this issue are aplenty and they start from the opening.

Yep, Doctor Strange and Doom remembers everything and Strange could have been the God of Battleworld. He decided against it because he didn’t want the power. Of course, the bigger point is that he made a judgment call to save as much as possible since the incursion was unstoppable. He sided with Doom for the greater good. But even Doom has his lingering doubts about the state of his kingdom.

Trust me, that’s not even close to the biggest problem Doom’s about to have. Because the ship The Cabal emerged from had one other passenger aboard… 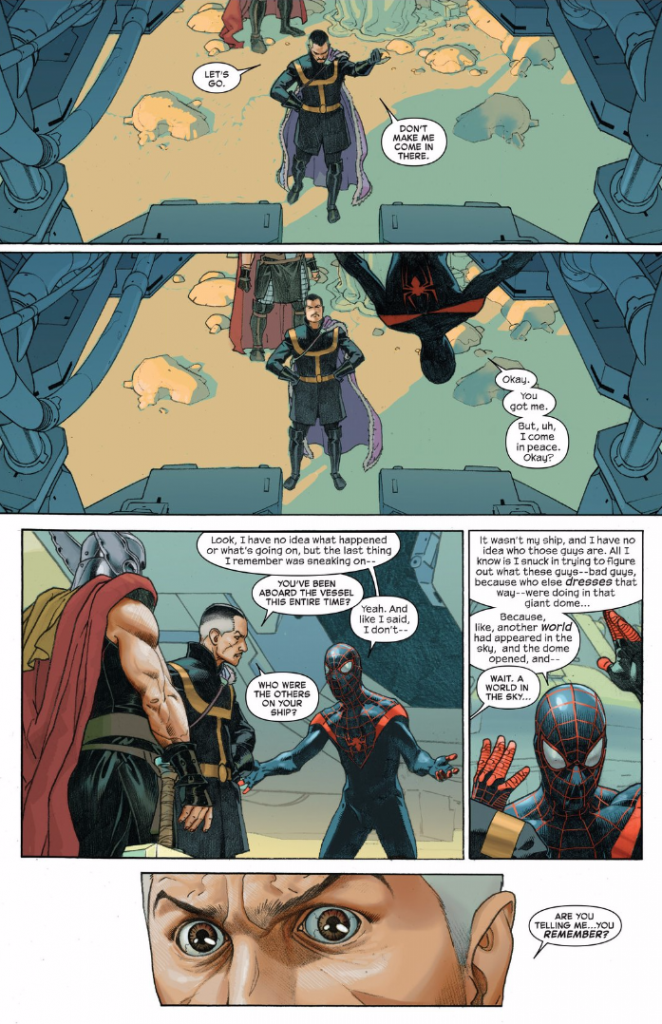 Yep, Miles snuck aboard and was stuck in a case of suspended animation for eight years along with everyone else in the ship. The last thing he remembers was the end of everything. But Strange has his own secret to reveal. 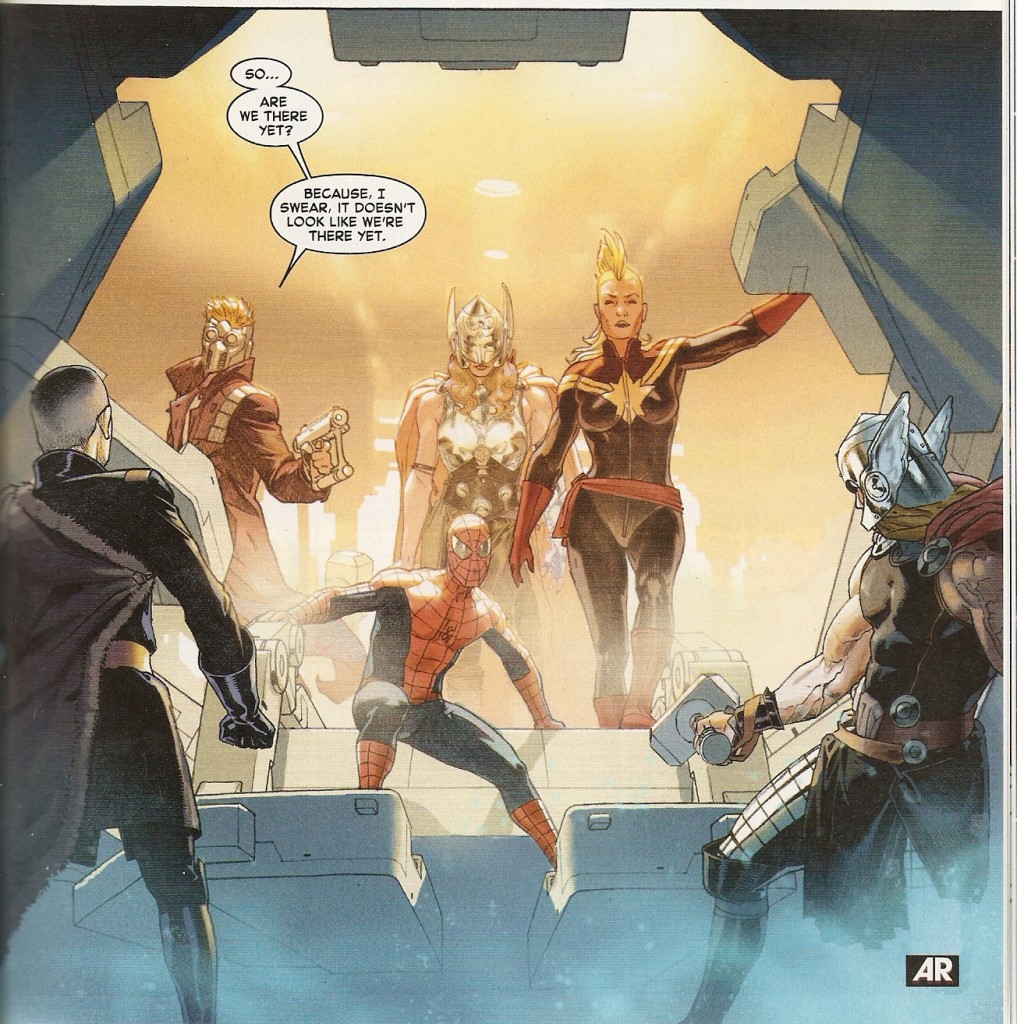 What?!?! Yep, the real battle is about to begin and it turns out, not everyone was changed by the final incursion. Reed’s ship worked, but this is still going to be an uphill fight because… 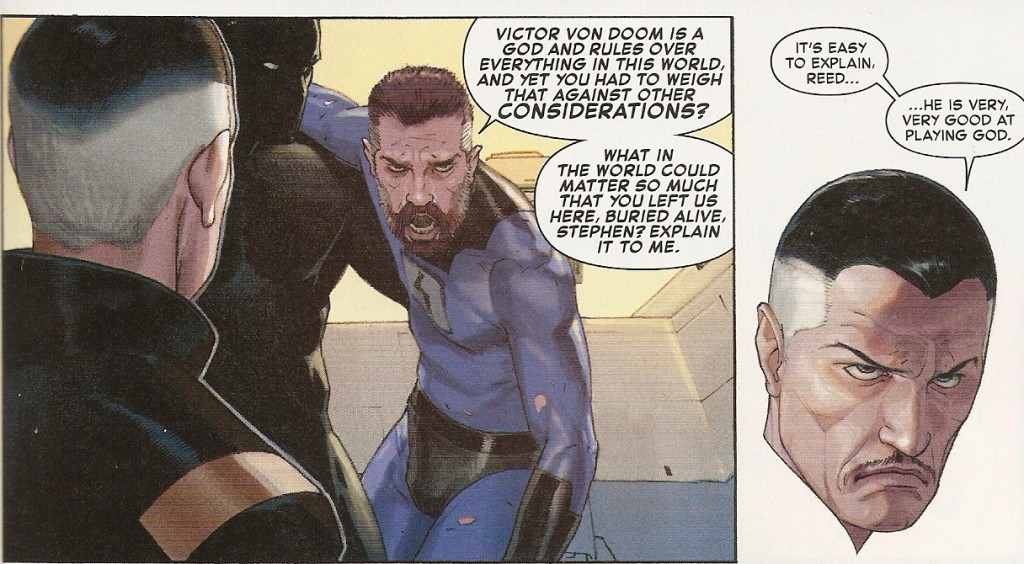 Oh, and there’s still that other group of incursion survivors who may have just encountered their pursuers. This should be good! 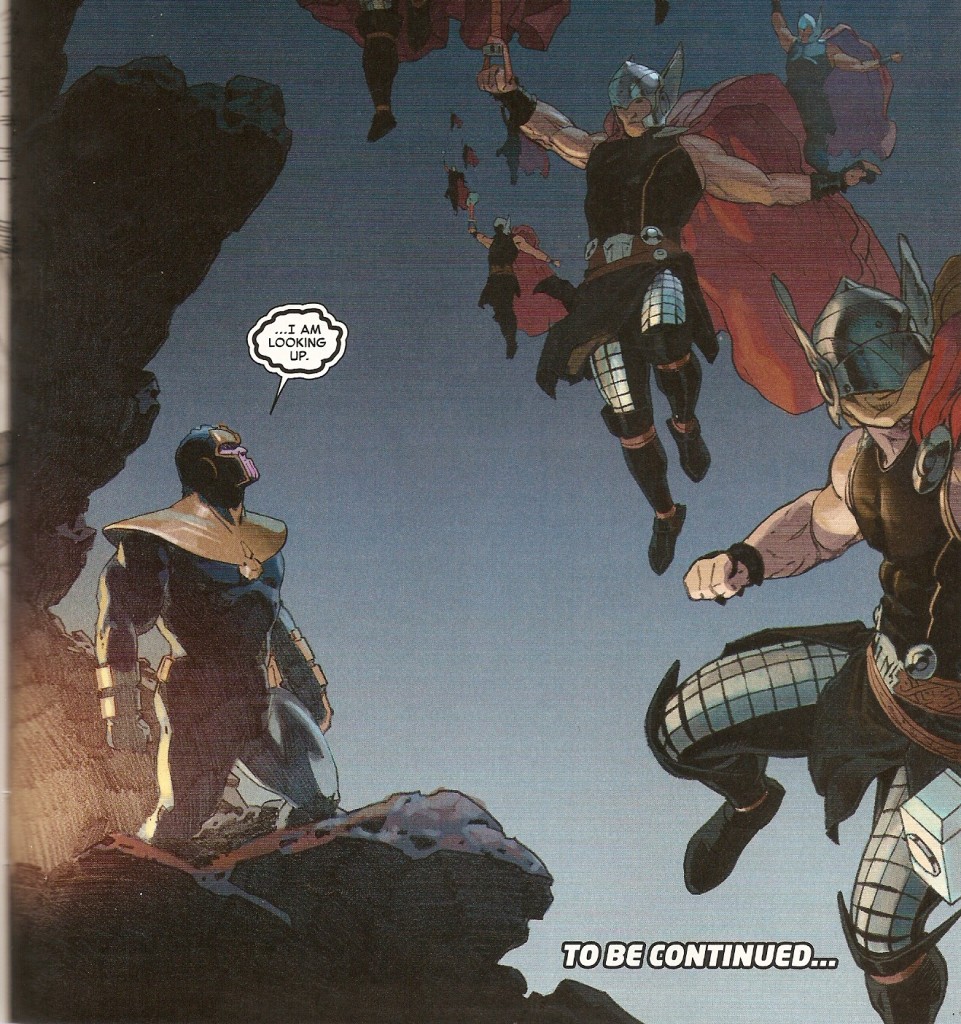 This was the strongest issue yet and it is showed the true strength of Jonathan Hickman’s storytelling and planning. But there’s no way to ignore the fact that more than half the issue’s strength is on Esad Ribic’s art. He brings a level of epic scope to Battleworld that makes it feel like a completely different place, but populated by familiar characters.

As the issue goes forward the human elements are becoming more apparent. Hickman knows how to pull readers in with big concepts, but you stay for the personal elements. Doom showing vulnerability was the most unexpected opening in Hickman’s entire Avengers run. And if this isn’t a case for Ribic being the permanent ongoing artist for a future Avengers title, I don’t know what is.

There are lots of places this can go from here, but seeing Doom in his current state it shows his power has limits and eventually this world is going to collapse on itself and give us something totally new. Luckily, we’ll have some of our favorite classic heroes at the center of it all and that includes some of the rumored “blacklist” heroes from the Fantastic Four (maybe not every conspiracy theory is true folks, c’mon). And if/when Old Man Logan shows up to this party, get ready for some serious bloodletting.

If Secret Wars can keep up this pace, it might actually turn around the horrible string of disappointing Marvel events of the past several years. While it seemed to be Marvel’s attempt at a Crisis on Infinite Earths-like event at first, with this issue it now seems to resemble another Crisis. And the possibilities are Infinite.

This week’s pick for essential Secret Wars tie-in was a tough one as there were two strong contenders. But, the winner is clear… 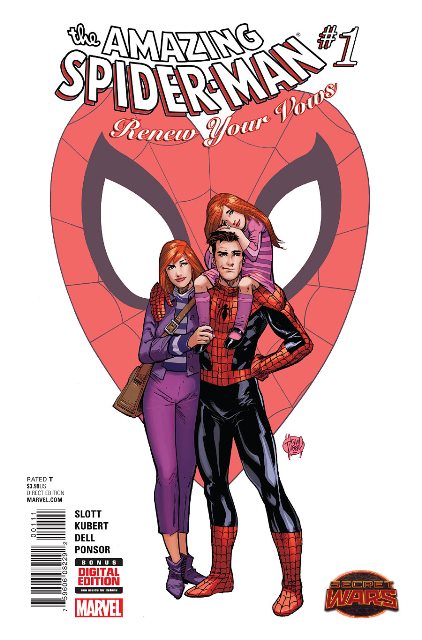 This issue was a look at what might have been if not for retconning Peter and MJ’s marriage due to a horrible deal in the One More Day story arc. But it’s the events of this story that really drive home the difficulties Peter faces being a superhero and a father.

There’s a decision he makes that some people are likely to have a big problem with. Normally, I don’t advocate such thing, but in this case it’s been coming for years. And the choice as a father and husband was clear. There’s plenty of other factors involved in the decision, too, including the presence of the ultimate villain of this part of Battleworld: Regent.

Dan Slott brings his trademark Spider-Man wit and timing along with some of the best Adam Kubert art that’s ever been produced. But when things go wrong for Peter, we see some true desperation and that’s exactly what this series needed to make a real impact. And this is only the beginning…