In June, DC Comics returned to its regular publishing schedule following a two-month hiatus in order for the company to shift its headquarters from New York to Burbank, Calif. During this time and event called Convergence took place and ended with the return of the full DC Comics Multiverse and a renewed sense of storytelling over continuity for the company. Many new titles were launched, as we covered last week, but many more titles returned, all with brand new story arcs. This week, I pick my Top Five returning DC Comics titles you shouldn’t miss! 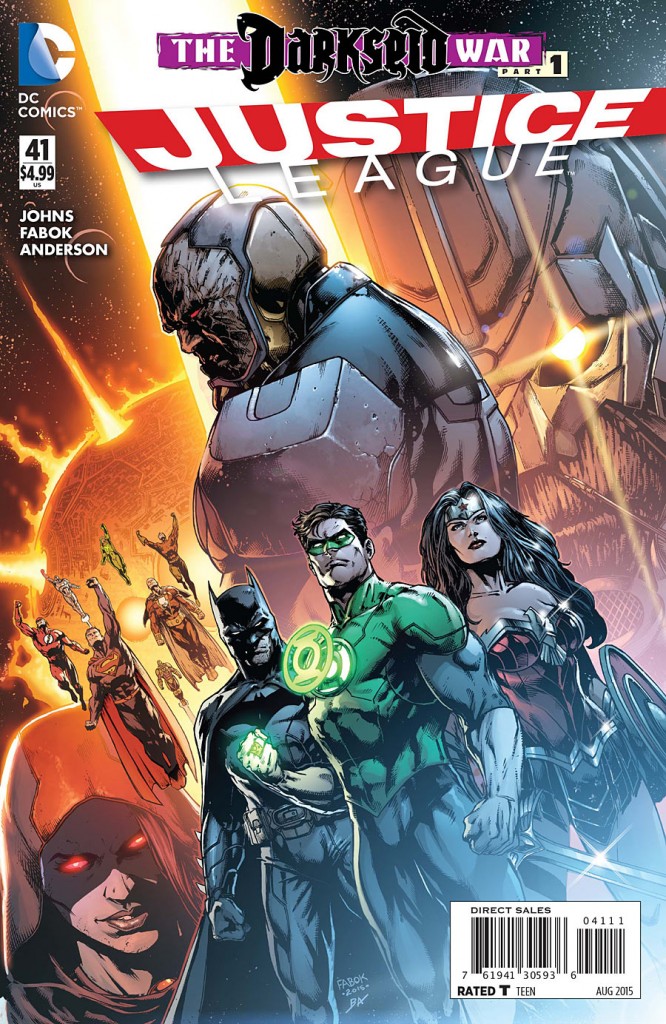 If there’s one book from DC you should have bought in June, it’s this one! Geoff Johns is writing an amazing superhero epic that also puts character development at the forefront. In other words, he’s doing what he does best. And he gets to do all of that with the incredible art of Jason Fabok.

Fabok is arguably the biggest breakout star of the year, jumping from relative obscurity to working with one of the big bosses of the company on its flagship title. And when you see his work, you’ll know why. He draws superheroes in a style that’s equal parts classical and modern. He perfectly bridges the gap between Jim Lee and Ivan Reis with a smooth style that also gives even the biggest of summer blockbusters a run for their money. But even in the quieter moments the level of detail in everything from the metallic, hellish backgrounds of Apokolips to the lines around a beautifully redesigned Mister Miracle’s eyes carry equal weight.

Fabok and Johns also give real weight to Wonder Woman’s presence and put her as a central figure to this story. She also narrates what might be the most concise, gorgeously and emotionally-resonate illustration of each JL member’s deeper motivations. And I haven’t even touched on the crazy twists in the final third of the issue. This is DC’s top book right now and everyone should be following it. Whether you’ve been reading for years or you’re just getting started, don’t miss this! 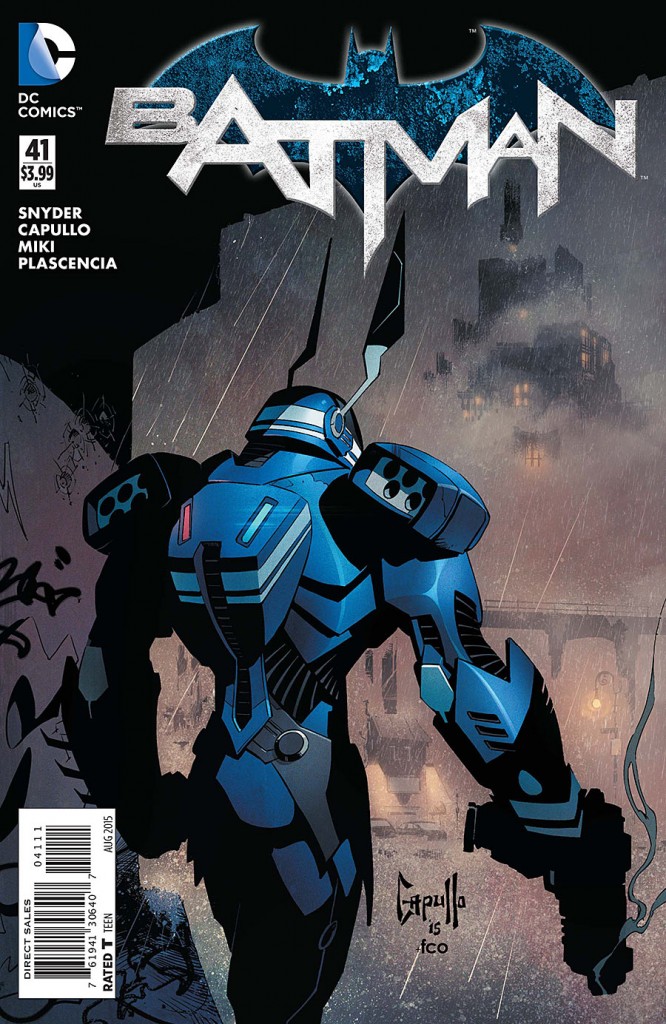 Scott Snyder and Greg Capullo are back and they are really shaking things up on the Batman side of the DC Comics house. It’s probably an exaggeration to say they broke the internet with the announcement that Jim Gordon would be the new Batman and he’d be in a robotic suit (though he’s got a more traditional suit, too), but it’s not far off. Without context it comes off as crazy. In practice, it’s some of the best work either man has done.

The story of how Gordon trained himself back to Marine shape and took on the assignment because nobody else really could is told in a way that’s exciting and poignant. It cuts to the heart of what makes someone a hero. Gordon is a different kind of Batman, for sure. He’s trying to work within the law as a sanctioned part of the GCPD, but that isn’t always easy. And not everyone around him is fully on board with the idea, either. But if there’s one thing any fan of this team’s Batman story will recognize when they crack this issue open, it’s Capullo’s signature style. He brings a level of bravado to Gordon that’s so rarely seen. He’s confident and absolutely sure of himself in ways we haven’t seen since the start of this series.

After just one issue, Snyder and Capullo should have everyone’s trust. This was a longshot concept, but look at the creative team behind it. They’ve turned out one great story after another and this one is starting off in very much the same vein. For those who thought Batman couldn’t be told in a different way anymore, this story begs to differ. There’s an energy to this that could never be used in a Bruce Wayne story. But, if you’re worried this is how things will be forever, wait until you get to the last page. 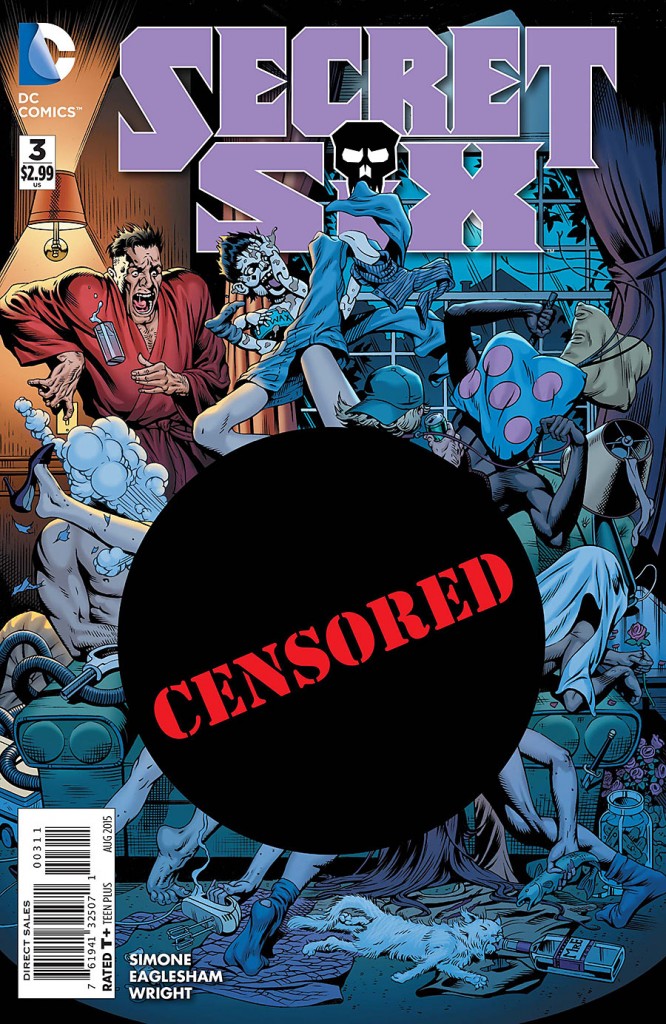 Everyone who remembers the original Secret Six remembers how much fun it was. Think of it as a Heroes for Hire, but they’re all villains instead. It’s also the series that mad Catman seem truly intimidating and sickeningly cool. And it was all thanks to Gail Simone and Dale Eaglesham. Then it got canceled and we all thought that was likely that. Then we got a revival and lots of excitement, but those first two issues were kind of lackluster. The art from Ken Lashley, who’s normally very good, just wasn’t working. And there wasn’t much to be said for the characters in the group, either. It all just wasn’t coalescing the way the previous series did. Then came issue #3!

Simone got her old buddy Eaglesham back on art duties and the team moved into a suburban neighborhood where they’re trying to blend in, somewhat unsuccessfully, though. Animal lovers, take note, you’ll cringe a bit and then you’ll cheer for this one. And, it wouldn’t be Secret Six without a little dirty humor, now would it? A question of who had “weird sex” on the couch should let you know what you’re in for. But, there’s more to it than just that.

Mockingbird is still playing things from the background and the final page of this one gives, not one, but TWO big reveals you won’t see coming. The action is fun, the dialog is hilarious and the art is back to true Secret Six form. What’s even better is how this read like it could be an issue #1. No need to track down those other two if you don’t want, just jump in here and get ready for a good time. Who said costumed-character comics couldn’t do adult humor well? 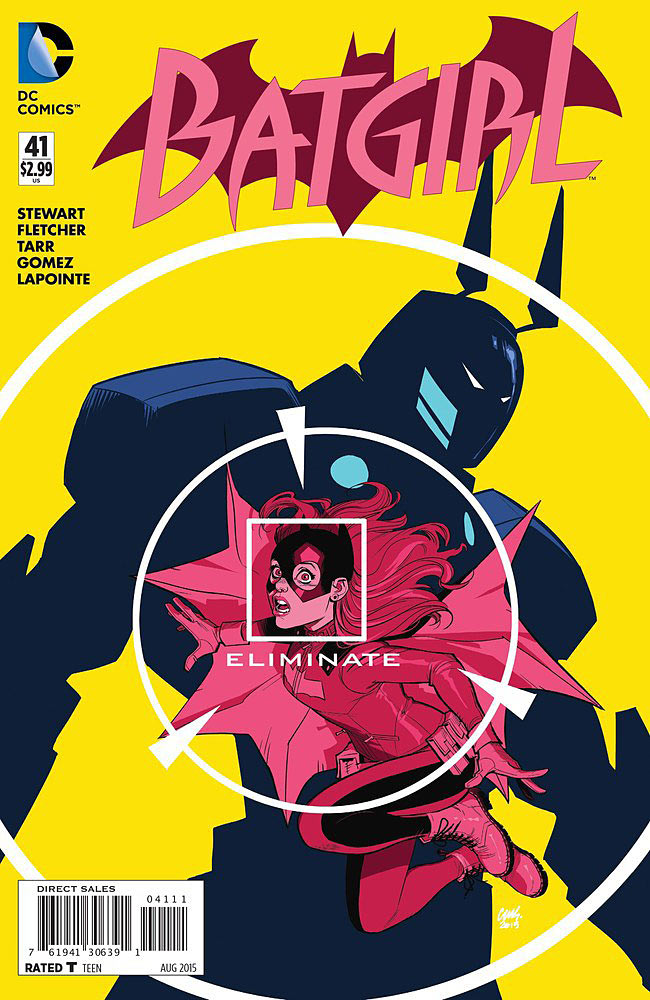 The title that changed the landscape for DC Comics kicks off a new story arc and with layouts AND art from one of comics’ newest major players, Babs Tarr. Brenden Fletcher and Cameron Stewart are back on plotting and scripting duties as Batgirl finds herself tracking a new techno cult in Burnside. But so is the new Batman, aka…Dad?!? Of course, this new Batman still has no idea his daughter is moonlighting as a superhero while she’s supposed to be doing course work for her Master’s.

While the first story arc was a lot of fun, this one starts off stronger with much more dynamic layout designs which are much more suited to handling the kind of action this title needs. And Tarr is up to the task, having Barbara kick all sorts of ass from the opening to the end. We also get one of the most touching moments in the entire series when her dad drops by, unexpectedly, for a visit. But it’s not just a social call, he drops some pretty heavy stuff on his daughter.

Some people are still not on board with this new direction for Batgirl, but this story is kicking off in a way that might change a few minds. And it might not. Either way, this is a fun title with a very different flavor and is aimed at an audience looking for something outside of the normal dreariness of the other Batman titles. With a renewed sense of purpose, this team is off to the races in what is probably the strongest issue they’ve had yet. And that’s saying something considering how good issue #40 was! 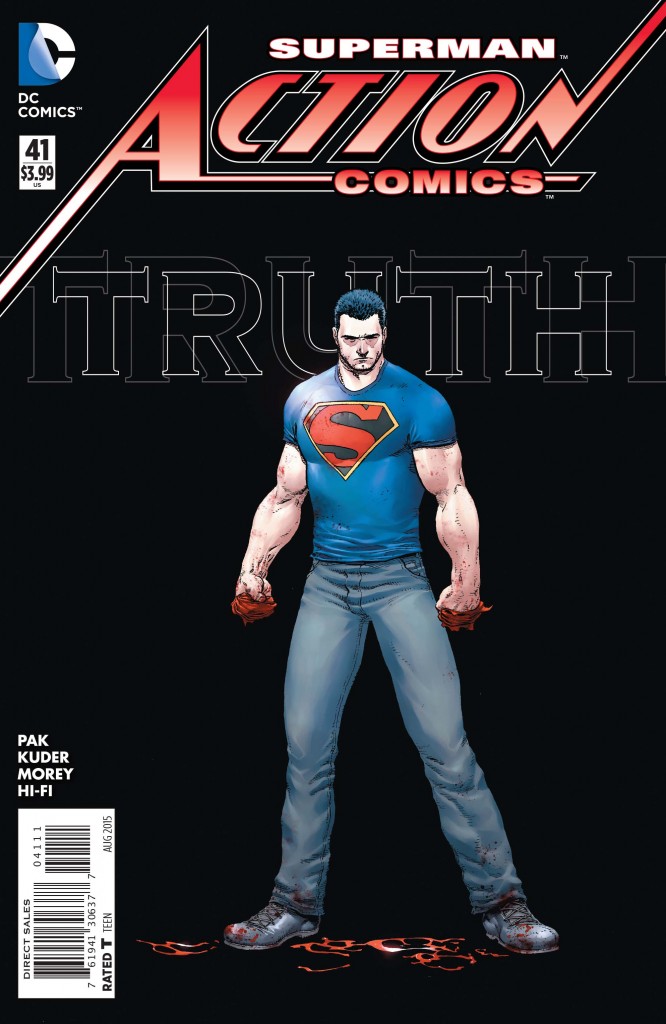 Is it cheating to have this be a tie? Who cares, they were both great! While the Superman line might be carrying on the “Truth” story arc, each one takes place at a different time so they can each tell a different story arc. You can pick just one, but between these two, that’s nearly impossible. Greg Pak and Aaron Kuder show us where Clark is after his secret identity and how he’s dealing with being more…human. The insight into his feelings and how he’s dealing with the loss of identity is some of the best writing of Pak’s or Kuder’s career. 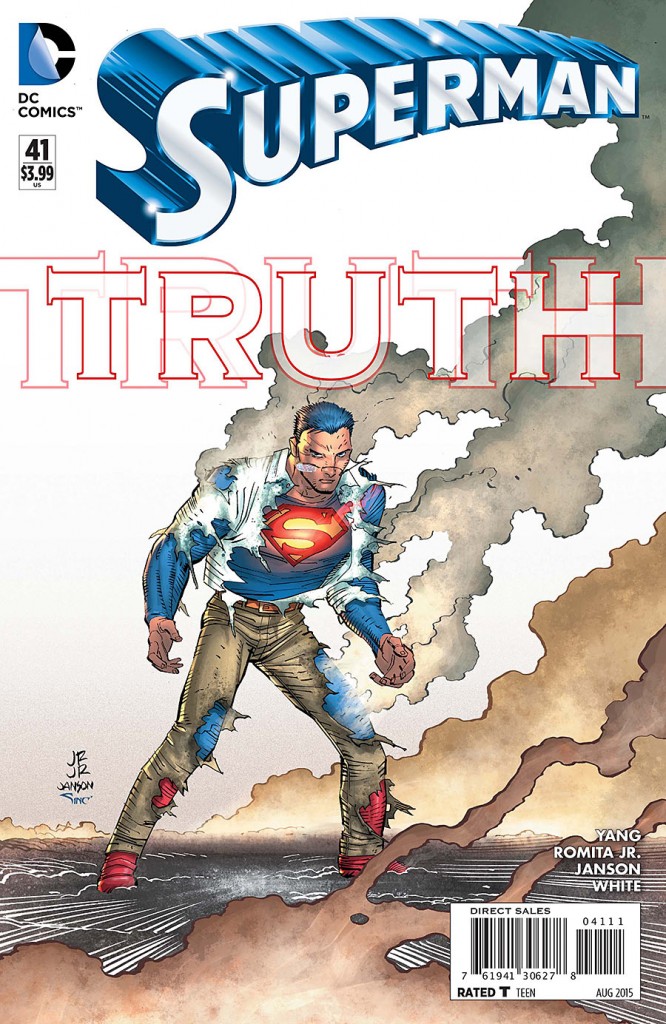 Superman #41 gives us the first full issue from Gene Luen Yang and John Romita Jr. and it is one of the best the series has had. It takes place before Clark’s identity is exposed and it has all the best parts of any good Superman comic, especially with the Daily Planet scenes. But there’s plenty of action in this one, and in Action #41. Clark and Jimmy Olsen have the kind of friendship that makes for great comedy, but also a great team. Yang and Romita especially get that in the opening of their issue. And they even manage to put Lois Lane in the middle of everything and lay down hints that her revealing Clark’s identity isn’t as simple as trying for a big headline. In fact, it looks like she’s trying to help him.

While the other two Superman titles told decent stories, the two solo books are hitting it out of the park. Between some of the best art Kuder and Romita have ever created and great characterization from Yang and Pak, it’s a great time to be a Superman fan. It’s even better for those who’ve never tried the books before. As much history as there might be in just four years of comics, the creative teams here are making something easily accessible for fans of any era. This is the time to try out Action Comics and Superman.