In June DC Comics launched 24 new titles aimed at more diverse audiences. While not every title is destined to be a hit, it’s important to look at the standouts and who would enjoy them most. Especially for those who have been curious or those who think DC has nothing to offer them. You might be surprised, so let’s look at the Top Five brand new titles sure to make people take notice. 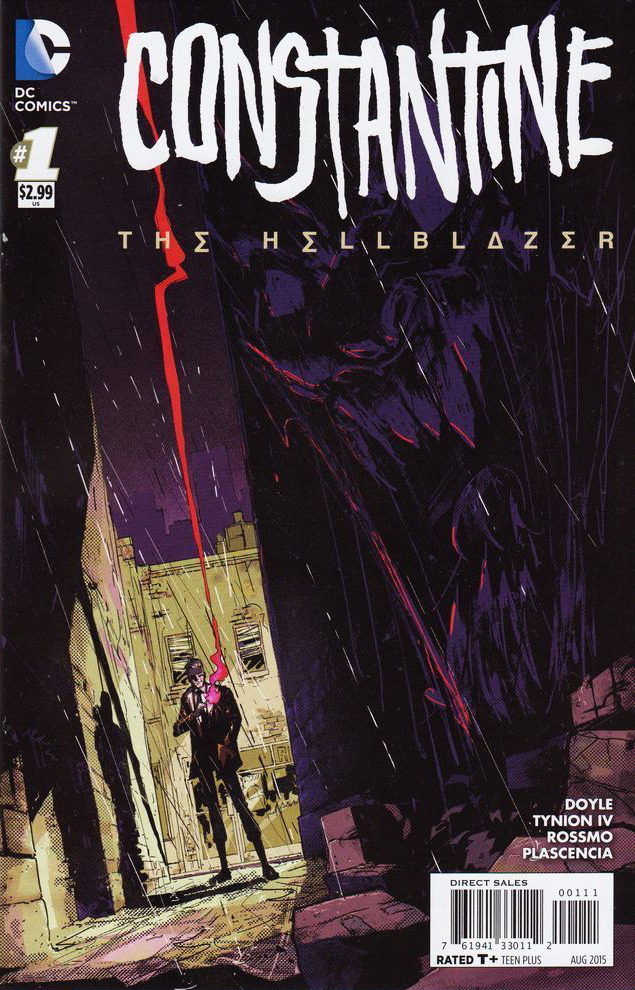 Talk about a turnaround. Constantine has had a hard time integrating into the proper DC Universe since being added at the end of Brightest Day prior to the New 52 reboot. But, with this new title, we’re getting a John Constantine that’s much closer to his Vertigo roots.

If you loved the old Hellblazer series or if you were a fan of the painfully short-lived Constantine TV show, this book will be for you. He’s brash, he’s a jerk, he’s equally self-centered and self-loathing…oh, and he’s for sure bisexual as illustrated very early on in the issue. Also worthy of note, the title is being co-written by Scott Snyder protégé’ James Tynion IV (who is also bisexual).

But the real star of this show is the artwork of Riley Rossmo. His layouts and character work are equally impressive, especially when he maps out a club owned by a demon that’s laid out as a tribute to Dante’s Inferno with each level being representative of a different level of Hell. It’s something that has to be seen to be fully appreciated.

Ming Doyle and Tynion just get Constantine. It’s clear they know what fans want to see because they are fans. Constantine is a jerk, but he’s oozing with charm so you can’t completely hate the guy. It might be short of the ‘Mature’ rating of Hellblazer, but it pushes the line of the ‘Teen+’ in the first few pages. This series may feature plenty of dead cast members, but it’s teaming with life. Perfect for those who are tired of superheroes and want some harder hitting supernatural stories. 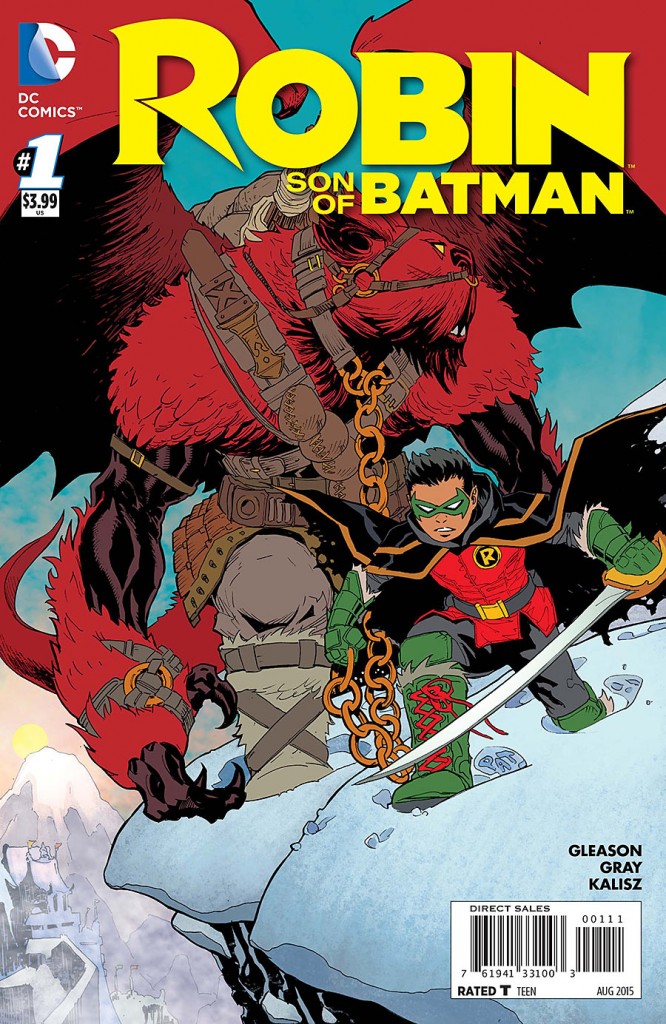 Damian Wayne is on a mission of atonement and he’s got a giant Werebat along for the ride named Goliath. Is it absurd? Oh sure, but it’s also a hell of a lot of fun! Patrick Gleason, who worked on the now-canceled Batman & Robin since 2011 with writer Peter Tomasi, takes over as both writer and artist of this new adventure title.

What’s great is how easily writing Damian’s voice comes to Gleason. He’s still developing his writing style, but there’s no denying natural ability. He understands how to get out of his own way and allow a story to unfold through his art. And as crazy as things get, this title still has what made Batman & Robin work so well: tons and tons of heart.

Gleason also calls back to the very first story arc from Batman & Robin to give us a new villain who’s out to get revenge for something Damian did at the beginning of the New 52. Ironically enough, it’s Damian’s journey to atone for things he’s done wrong that’s put him in this position in the first place.

The twists, turns and deep emotions of this story are going to make any fan of high-concept adventure happy. At its heart, this is equal parts Indiana Jones and Avatar: The Last Airbender with a Batman twist. It doesn’t matter if you’ve read Batman & Robin or if you even really know who Damian is, you’ll get all you need to know in the first issue. And that’s another thing that makes this one a must-buy for the newer readers to DC Comics. 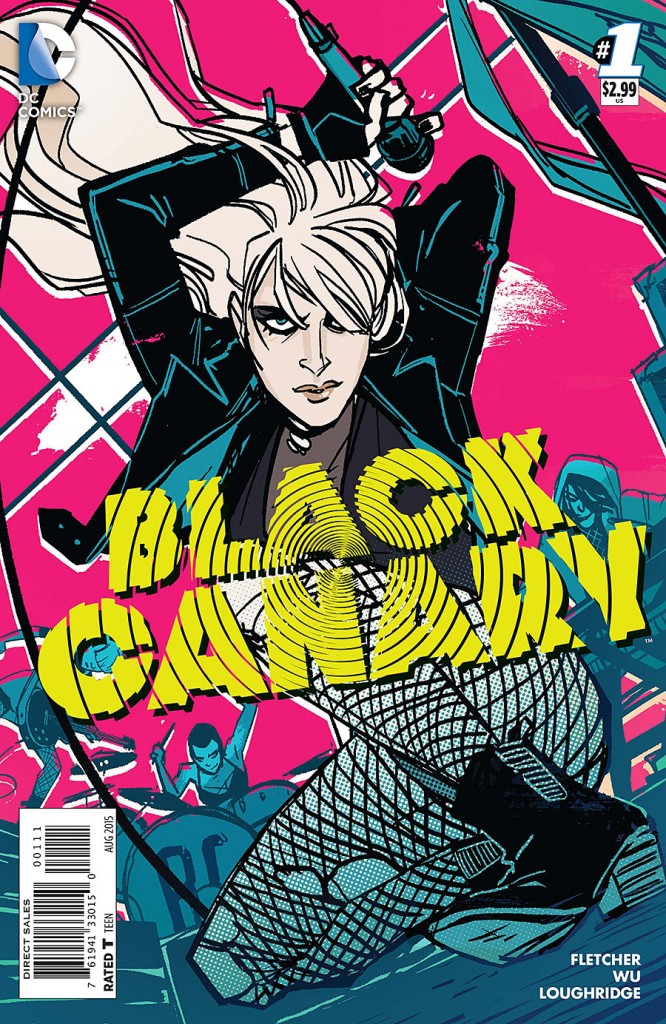 Rock n’ Roll attitude with a superhero beat, this is Dinah Lance like she’s never been before. While this might spin out of the recent Batgirl story, it stands on its own as a completely separate story. Brenden Fletcher’s script really hits it out of the park, but the absolutely kinetic art of Annie Wu brings this one to canary-crying life!

Despite being a spin-off, this felt more like a clean start with a touring band who just happens to be fronted by a superhuman. A superhuman who also can’t help but get into fights because she feels compelled to help people being bullied and/or harassed. And that’s made enemies. But then we get a pretty crazy mystery involving one of the other band members and the plot gets really thick, but in a good way.

It’s like Almost Famous meets Kung-Fu with a side of Jem and the Holograms. And before you think this is a book aimed completely at a female audience, there’s plenty of ass-kicking here for anyone to enjoy. What this one really needs is an official soundtrack to go along with the rest of the fun. Hey, if Spider-Gwen’s The Mary Janes can be brought to life, so can Black Canary. Make it happen, DC! 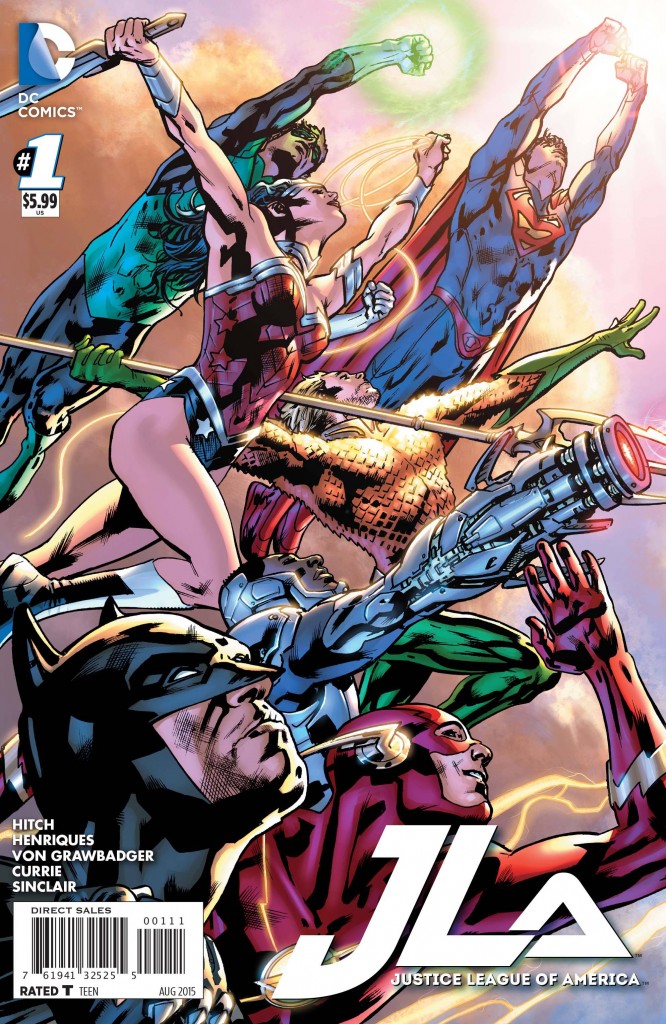 Writer/Artist Bryan Hitch returns to his favorite characters with a story that takes place at some point in the Justice League’s past. When exactly? It doesn’t matter, the story fits just about anywhere you want to put it. And Hitch’s art is out-of-this-world awesome…literally in some instances!

The price tag on this first issue is pretty high ($5.99. Seriously?!?), but it’s more than double the size of a normal issue. The price is dropping on this one for issue #2, so don’t let that scare you off. Bryan Hitch is also proving to be a very effective writer in addition to his “wide screen” art style. Nearly each member of the League gets a moment to shine in this first issue, but it’s Superman who’s out front for the main part of the story. It’s got a kind of high-concept sci-fi vibe playing in the background, which Hitch probably picked up while working with Mark Waid on Justice League way back when. But the story is easy to follow and one that really sticks with you after.

Regardless of your history with the characters, this is an easy entry point for anyone. If you have a somewhat working knowledge of the Justice League, this will be an easy title to start with. It might even make for a good first issue for a first-time reader. And that’s what makes for a great new series; something that makes for a good beginning. 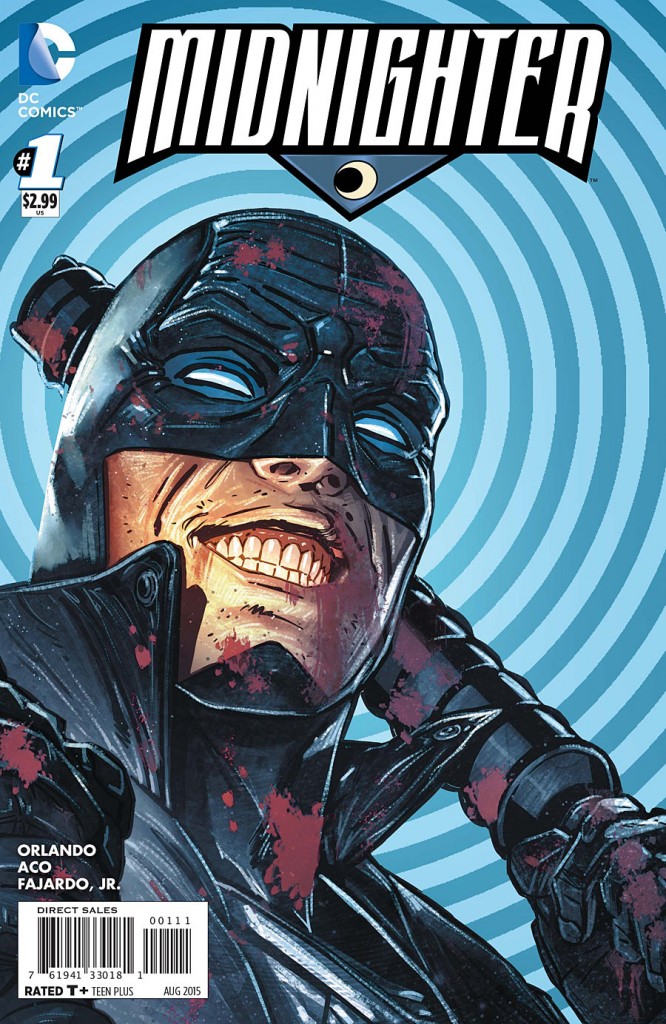 This was one that could have flopped, but it hits the ground running! Steve Orlando and ACO give us what might be one of the best debut issues ever. It’s got action, comedy, a bit of ultraviolence and it fully embraces the homosexuality of the lead character without feeling exploitative and without shying away from it, either. In other words, true to the classic version of Midnighter fans of Storm Watch and The Authority know and love.

If you’ve been reading Grayson (which you definitely should), you’ll recognize a few story beats picked up on here. Even if you haven’t, though, it’s still easy enough to jump right in and go forward. The story beats get filled in with some exposition, but it’s told in an entertaining way that keeps it from dragging. Of course, when you see ACO’s art you’ll quickly realize there’s no way for this book to drag…ever!

If you’ve never read Midnighter’s previous appearances, this title might get you excited to try those out, too. And that’s the mark of a great comic that has some history behind it. It doesn’t ignore things that came before, but it doesn’t harp on about those things in a way that makes new readers feel like they have to track down every appearance of the character prior to this one. That this book also feels self-contained despite being a spin-off of another title helps greatly. Give it a chance and you might be surprised how much you love it.

Next week, I’ll take a look at the returning DC Comics titles and pick the books you shouldn’t miss. Until then, happy reading!