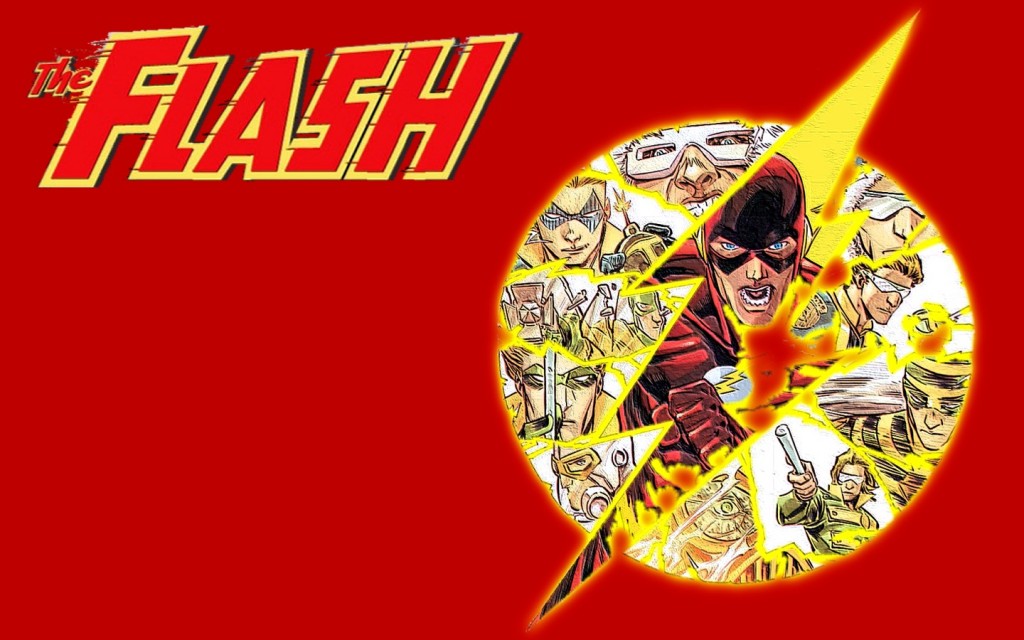 Pretty much everybody has been watching The Flash on The CW this fall. If you’re one of the few who isn’t…it’s time you started. Who would have thought Barry Allen would be enjoying a renaissance right now? So it’s kind of weird that Grant Gustin didn’t get the call to play the part on the big screen, isn’t it? Well, sort of.

We’ve barely heard anything about The Flash from a film standpoint up to now, other than who will play the Scarlet Speedster in Justice League and in the solo film. But what else do we know?

There’s a lot of ground to cover before we see Ezra Miller don the red and lightning-yellow suit, but this has to be one of the most anticipated movies in the entire DC Cinematic Universe film slate. After such a huge success on TV, the character is poised to become a bigger hit than he’s ever been. But the question remains: Can anybody do it as well as Grant Gustin?

And what about the costs, risks and potential casting for other roles? Who should be the main villain? Should it take cues from the show or strictly do its own thing? Should it even be Barry Allen under the mask?

Time to get going!

We haven’t had a movie from any major studio that focused solely on a speedster yet. X-Men: Days of Future Past and the upcoming Avengers: Age of Ultron both feature Quicksilver and showcase his speed powers in different ways. We know the cost for Days of Future Past, but Quicksilver only had one significant speed-power scene. A full movie that has multiple speedster set pieces could drive costs up a bit.

To make the movie stand apart from Days of Future Past and Age of Ultron, the filmmakers need to take a few cues from the TV show version. While the effects are certainly “for TV” they still exceeded expectations and showed that speed abilities aren’t just about using slow motion. It’s a lot of little things, too.

A good Flash film could probably be put together for around $175-200 million. If its budget can stay within that realm, making its costs back will be much easier. I mentioned Thor in my breakdown of Wonder Woman as being a good barometer for judging that budget, but it could work here, too. While I think Flash will be a bit more demanding visually, if it sticks to character building and only uses crazy set pieces when it has to, budgetary concerns could be significantly lessened.

Of course, we haven’t heard who the villain(s) will be yet, so that could be a separate visual element to contend with. Flash has a lot of potentially good villains to choose from. The first time out, though, should be something fun but that won’t cause the budget to balloon beyond control. A team of supervillains might sound like the go-to idea for long-time Flash fans, but think about the costs of pulling that off all at once, not to mention the time required to do proper character development (more on that later).

There’s also the cast costs to think about. While we’ve got Ezra Miller in the lead role, the other chairs (including the director’s) have yet to be filled. Miller is a virtual unknown (not for long), but his supporting cast should probably be made up of at least a couple of A-list actors. That would help give it some credibility with casual audiences and generate some needed buzz. Of course, that could be a major factor in driving up costs, too. Something to consider, WB.

My name is Barry Allen (or Wally West)

Another thing we don’t yet know is just which version of The Flash Ezra Miller is going to portray. The TV show is using Barry Allen as are the various comics the character appears in so it’s a fairly safe bet WB will keep backing the blonde-haired, blue-eyed franchise. Get ready Ezra, you’re probably about to dye those black locks and have them cut short.

But what if WB decides they want to use Wally West instead? It’s not impossible, and it might even cut down on some confusion for those fans who don’t know the TV and movie universes aren’t the same. However, Barry is the character most people know right now.

Surprisingly, there aren’t many rumors floating out there about this one just yet, so I can spend more time speculating on things. This story needs to focus on moving fast, but not forgetting to develop its lead character, too. Luckily, it looks like Geoff Johns (DC Comics Chief Creative Officer) is on board to write the story while Greg Berlanti (Executive Producer of the CW’s Arrow and The Flash) will write the screenplay. Of course, that’s only if plans from a few years ago haven’t changed on that front. There was a rumor floated that Berlanti might even get the director chair, but I have some doubts about that since he’s so involved on the TV side of things, too. My top choice would go to the man who got stiffed a bit by Marvel Studios recently: Edgar Wright. He’s a smart, funny, capable director who could give us some fun action and make The Flash into the kind of character you can’t help but root for. And that would be quite a steal for Warner Brothers.

How about the story, though? Who should give the Scarlet Speedster headaches this first time out? Well, if this movie takes place post-Justice League Part One, as I expect it will, I’m betting we can skip most of the origin story. Quickie flashbacks here and there could cover it in a way that sets up…the Reverse Flash! Having Reverse Flash as the primary villain would cut down on the need to have multiple types of effects all at once, and slow-build the villain until the climax. It might even give an opportunity to showcase a couple of the future Rogues (Captain Cold, Trickster, Heat Wave) in their pre-Rogues capacity. You know, because it’s supposed to setup the franchise, too. As for who should play the lead villain, there are probably several good choices, but I think Alfie Allen (Game of Thrones, John Wick) could pull it off nicely.

The movie should focus heavily on developing Barry first and let the villains serve as catalysts to that end. Have Flash run around saving random people from fires, taking cats out of trees and stopping basic street crime here and there. Old-fashioned superhero stuff. Think Richard Donner’s Superman, but without the ludicrous spin-the-Earth-backwards-to-reverse-time thing. And a villain who isn’t quite so mustache-twirling and land-obsessed. Or hyphen-obsessed. Guess I’m out of the running…still punny, though.

Given the positioning of this movie, it seems likely that Justice League parts 1 and 2 will be separate films, but act as self-contained sequels. The solo films for each hero will be exactly that: solo. While events of Justice League Part 1 might get a mention in The Flash, the story will stay focused on the task at hand and let Justice League simmer in the background.

I also think that some things that have changed recently in the comics and shifted to TV should be kept that way for the film, too. Iris West, for example, is portrayed as biracial on The Flash and Wally West is biracial in the current New 52 comics. This is something that should make the leap to film, as well. While Wally might not be introduced right away, if at all, Iris is a big part of the character’s history and should be featured. To keep things different from the TV universe it might be a good idea to introduce her as something other than a love interest and make her much more in line with her Metropolis counterpart, Lois Lane. Maybe have her figure out The Flash’s identity, but promise to keep it a secret.

The most important thing to do for the filmmakers is to make sure this is its own franchise that can exist independently of the rest of the DC Cinematic Universe.

Fans shouldn’t have too many concerns about this one just yet since not much is known. We’ve got a long way to go before 2018 and plenty of other comic book films to see up to then.

Ezra Miller is an unconventional choice for The Flash, but he’s proven to be a critical success up to this point and who knows what the casting directors and producers saw in his screen test. Hopefully it’s something inspiring, since that’s what Barry Allen should always be in this capacity.

There are some lingering doubts about the DCCU as a whole, especially due to Man of Steel being so divisive and so many stones left unturned for these characters on film. But this is a brave start and it shows that the people running the show are capable of thinking outside the box. That sort of mindset is going to be what sets this apart from the Marvel Studios films and what might even level the playing field a bit.

If there’s one character who could save everything from going off the rails, it’s The Flash. He’s done it many times in the comics and he’s pulling it off beautifully on TV right now. Let’s hope that magic translates to the big screen and this new golden age for the Scarlet Speedster can continue for a bit longer.

Come back next week for a breakdown of Aquaman!