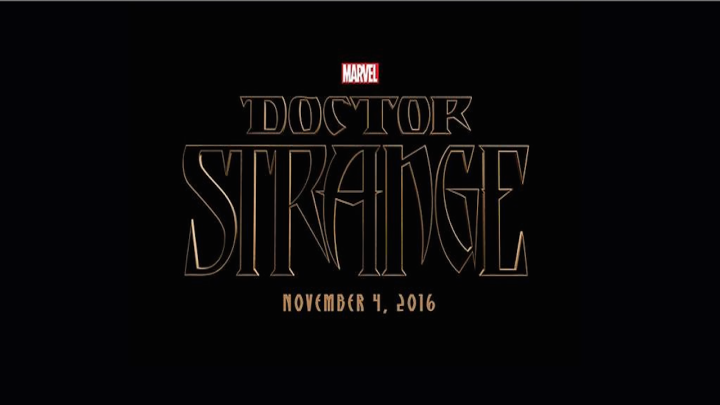 Doctor Strange is one of the longest rumored films in the entire Marvel Studios lineup. Casting rumors go all the way back to 2010. Now that it’s finally happening, we can take stock of what’s real and what’s just hocus-pocus.

There’re lots of possibilities for this film as it’ll be the most tonally challenging of all the Marvel Studios films yet. Personally, I think this could also be Marvel’s biggest success story to date. It’s a chance to do something wildly different from what’s come before and show that the studio can do way more than the standard superhero gigs.

As this series of articles goes along I’m getting into movies that don’t have a lot of substantive information to go on. Things get much more speculative from this point on and there’s a wider margin of error. Still, it’s fun to think about where these long-off movies might be going and how they fit in with the larger canvas.

Most of the time writing about a Doctor Strange movie meant a lot of pure speculation and nonsense would be sure to follow. That hasn’t changed much, really. A movie based on Marvel’s premier magic-based character is sure to carry a hefty budget, though it should fall significantly short of something like Avengers: Age of Ultron or even Batman v Superman: Dawn of Justice.

If we look at other films that have used similar themes of discovering magical abilities and then putting them in practice, we can guess roundabout how much this thing should cost. Visually, this movie needs to pop. It needs to get out of the usual superhero comfort zone and take the audience on a wild, heady and hallucinatory trip. I was thinking elements of the final Harry Potter films mixed with Eternal Sunshine of the Spotless Mind would make it (sorcerer) supremely fun. That would put its budget somewhere between $180-210 million to make it affordable and in a good position to be hugely profitable.

If that’s where the budget lands, it’ll need to break the $600 million mark worldwide to be considered viable enough for sequels. While Black Panther and Captain Marvel would appear to be the biggest gambles on the surface for Marvel Studios, this might actually the one to pay closest attention to in terms of audience engagement. Will people go for this sort of film outside of their usual fantasy favorites like Lord of the Rings and/or Harry Potter? Other fantasy films have come around and failed to catch on in the same way. Percy Jackson, anyone? Remember The Sorcerer’s Apprentice?

This movie, however, walks in with one major benefit over those two failed attempts at new franchises: it’s part of the Marvel Cinematic Universe. That’s immediate “street cred” for any franchise. Just look how well Guardians of the Galaxy did. Was anyone who didn’t hang out in comic shops really aware of those characters prior to the film?

My prediction for this one is harder to nail down just yet, but if a certain popular British actor signs on as rumors suggest…imagine a certain giant room of gold being real.

“Do you honestly want to have a wizard’s duel with me?” – Doctor Stephen Strange, The Oath #5

We’ve been hearing supposed reports about who would play Doctor Strange in a film going back to 2010 and maybe further. How has that worked out so far?

The most recent rumor had Benedict Cumberbatch being cast, but when the Phase Three fan event came around, there was still no official announcement of this. Talks may still be ongoing or maybe the two sides didn’t reach an agreement. Benedict did send out a picture of himself teasing Marvel fans that there was some truth to the rumor, but lately we haven’t heard much about it. Certain other rumors completely fizzled and still others just didn’t pan out for one reason or another.

Some rumors have suggested this movie won’t be or shouldn’t be an origin story or that it will take place during the Phase One timeline. That might only be partially true, as it makes more sense for the film to tell his origin in flashback format, maybe in a similar way to the first Thor film. It spends more time in the present, but shows you glimpses of what happened to bring Stephen Strange to this point in his life. Scott Derrickson directing should give us all a solid idea of the visual style, too. The man has made a name for himself in the horror genre, so expect something that will be visually striking and intense.

There are lots of comic stories to pull from, too. But, like every other Marvel film before it, don’t expect a direct adaptation of any one particular story. It’ll likely be a combination of story elements, characters and plots from a few different sources along with making sure it fits with the continuity established by the film universe.

Every good hero needs a good villain, too. And there’s one that would certainly be a good recurring foil for the title hero: Dormammu. He’s supremely powerful and would make for some great visual effects as well as a strong threat to the mortal and spiritual realms. He’s essentially immortal so he can never truly be killed, thus having him in the first film and maybe following up with something like Mephisto in a sequel to set up his return in a third could work easily. It’s also the possibility of a new big bad for the MCU once Thanos has been defeated and/or the original Avengers taken out. All speculation, of course, so we still have to wait and see.

By the Eye of Agamotto

This is one of those movies that’s a huge challenge for Disney/Marvel Studios. If it works, it could be the next big franchise for them and if Robert Downey Jr. is done with Iron Man after Avengers: Infinity War, a new hero is needed. Preferably one who can fill that smartass void that’ll be left once RDJ is out of the picture. Of course, there’s still the possibility that Paul Rudd’s Ant-Man could step into that role, too. But it never hurts to expand in more than one direction.

We’ve got some time to go before this one comes out and there will be plenty of rumors between now and then, but it’s important to note how many have come before and failed to live up to their promises. Never take any of them at their word, even when it’s a supposedly trusted source.

In any case, this could be a lot of fun to see on the big screen, especially given the visual potential for it. This might be the first Marvel Studios film I actually want to see in 3D just for all the crazy things that are part of this world. And talk about expanding the MCU into new territory. Thor might have gotten the ball rolling, but this could expand into other dimensions in ways that incorporate alternate versions of characters, too. Could it also be a way of recasting Iron Man, Captain America and/or Thor?

The trailer for this can’t get here soon enough! Until then, there’s the vastly underrated animated film from 2007.

Come back next week for a breakdown of Guardians of the Galaxy 2!