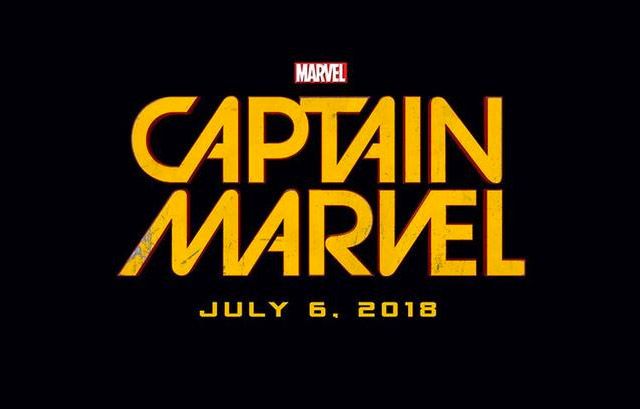 Marvel Studios made some serious waves with its Phase Three announcements and the one that stood out above many others is this one. It’s the first time Disney/Marvel has ventured into having a female-lead superhero film. While Warner Brothers/DC Entertainment will have Wonder Woman out well before, this might be the most important movie Marvel has made yet.

Carol Danvers has enjoyed quite a resurgence over the last five years and she has a very dedicated fan base to thank for that. Marvel’s commitment to the character is notable, as well. What’s not a guarantee is if casual fans not familiar with the character will give the film a shot. It’s very possible and even likely they’ll have another hit on their hands, given how well Guardians of the Galaxy did. But, does good luck last forever? Is it even luck at this point?

Time to explore the deeper side of Marvel’s cosmic universe.

It’s hard to judge exactly how much a film like this might cost, since it’s still so far from being finished, but it’s safe to say the movie will split time between Earth and deep space. Guardians of the Galaxy (see above link) might be a good measuring stick to go by. I’m betting somewhere between a $180 million and $200 million budget.

Carol’s powers will require some significant effects at times, but if Marvel continues its current level of smart filmmaking then the movie will focus much more heavily on character development than just making things explode.

Getting an A-list actress and/or director for this project is probably the best bet for this movie’s success. Of course, that ups your price tag so it’s going to be a trade off. But, at this point, Marvel Studios has enough money to work with and should have enough confidence in its crew to not worry too much about that.

What if this movie doesn’t work? Simply stated, you just might not get a sequel. Carol Danvers, however, will likely be popping up in future Marvel films either way. She’s an integral part of the Marvel story that’s taking shape and thus a major player in future plot threads. If you’re a fan or not, get ready for lots more Captain Marvel.

Lots of possible casting rumors have been floating around for a while now. Emily Blunt has been mentioned a few times, Jennifer Lawrence has come up in fan-casting circles, Katee Sackhoff has been rumored since before the movie was announced…you can see that it’s a list that just keeps going.

Any of those would be good casting. For my money, Blunt makes the most sense. After seeing her turn in Edge of Tomorrow (the best movie you didn’t see last year), she’s totally got my vote. Strong, solid actress who comes off as a natural leader and kicks ass in action scenes…no-brainer.

What kind of story should this be? Above all else, it has to fit in within the larger context of the Marvel Cinematic Universe. Guardians of the Galaxy did its own thing the first time around, but it still pulled in Thanos and Infinity Stones to help it feel connected to the other movies. Captain Marvel is going to need a bit more than that as she’s likely to be based on Earth first and then be pulled into the cosmic realm. As for a director…that’s tougher.

But who should occupy the director chair? Joss Whedon would be a dream pick. He’s likely stepping back to be more of a producer on future Marvel films, but it’d be great to see his take on screen. And I know I mention this guy a lot but…Brad Bird. C’mon, you know he’d kill it. His directorial senses are fine-tuned for this kind of picture. After M:I: Ghost Protocol and what we’ve seen so far of Tomorrowland, I think he’s a solid pick. Now do it Disney!

Captain Marvel should also serve as the bridge between the Kree and Avengers. Up to now the tension has been building and it looks like conflict will be inevitable at first. But at some point we need a character who can bridge the peace and Carol is a perfect candidate for that. Besides, Thanos will be a bigger threat to both civilizations anyway and it’s pretty obvious the Nova Corps is going to get decimated…again…very soon.

The source of Carol’s powers in the comics came from the original Captain Marvel (who is one of the few Marvel characters to have died and stay dead for an extended period of time). She became a human/Kree hybrid through an accident, but what if that gets changed for the film? Maybe she’s always been part Kree. Maybe Mar-vell (aka Captain Marvel) was her biological father all along. It would certainly streamline a lot of issues. And it wouldn’t exactly be all that far-fetched for this version of the Marvel Universe.

A hero for a new age

Carol Danvers represents more than just diversity in the lineup for the MCU Avengers. She’s an icon for Marvel all around. She’s an icon beyond that, too. She’s the hero that could define the next generation of superhero films.

The next phase for Marvel films needs to think beyond just the scope of Earth-based heroes. GotG helped in that regard, but it was so self-contained it was insulated from real failure in case audiences didn’t take to it. Captain Marvel will likely be much riskier in those terms, but it likely won’t have much to worry about.

Carol will be near the end of Phase Three, but she’s likely a major part for the beginning of Phase Four. Where that takes us and what it means is anybody’s guess right now. But if the cosmic side of Marvel is truly being explored in depth…get ready for concepts that many people assumed were unfilmable just a few years ago. I, for one, can’t wait to see what comes next.

Come back in two weeks for a breakdown of The Inhumans!