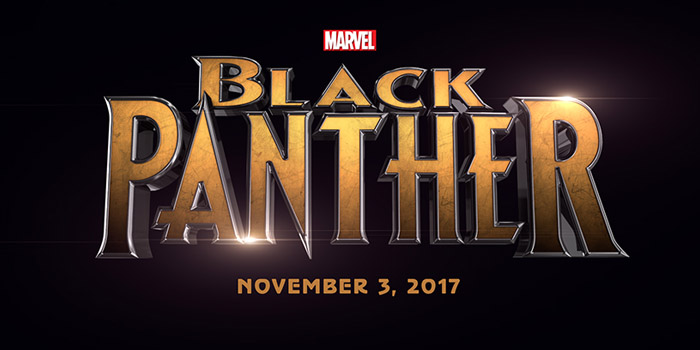 Comic book aficionados know full-well who Black Panther is and recognize him as one of the biggest deals in all of Marvel Comics. Soon, the general public will find out the same.

Black Panther also represents Marvel Studios’ first attempt at a non-white male lead superhero film. Sure, Anthony Mackie killed it in Captain America: The Winter Soldier as Falcon and Samuel L. Jackson had yet another career-defining turn as Nick Fury, but neither of these guys got to be the lead in any of these Marvel films. Chadwick Boseman has landed the role and given his recent turns as Jackie Robinson in 42 and James Brown in Get On Up, this guy’s definitely on his way to being the next big thing.

There are some inherent risks that come along with this movie, especially if they’re trying to create a new franchise out of it. Black Panther is a major character in the Marvel Universe and he absolutely is a must-have for this Marvel Cinematic Universe. But his rogues gallery is limited and he’s not exactly a big name. And how much should something like this cost? Is it a sound investment? Can Marvel/Disney’s luck hold out forever?

Time to check out Wakanda!

It’s not easy kicking off a new franchise, but Marvel Studios has managed to make it work incredibly well lately. Guardians of the Galaxy certainly wasn’t my first choice for biggest hit of the year. Go figure. And if you’ve been keeping up with this series, you know how much I like to go back to the Thor films as a point of reference for funding. In this case, though, I think Iron Man is more appropriate.

Wakanda is the most technologically advanced country on the planet in Marvel Comics lore. It’s also the most secretive and isolated. Nobody except native Wakandans are allowed to breach its borders. While we got hints about the origins of Captain America’s shield in his first film and even a brief mention in Iron Man 2, we’re likely to find out a great deal more in Captain America: Civil War when Black Panther and, likely, Wakanda make their full debut. And there’s going to be a lot of crazy stuff that needs to be seen on screen and that’s going to inflate the budget a bit.

If Marvel goes big with this (and they should) we need to see stuff like hover crafts and advanced armor and weapons used by the Wakandan military. They may disguise themselves as savages to fool the outside world, but we the audience will see the truth. Tech-based heroes and villains can present their own challenges for filmmakers, but since this is a solo hero film and shouldn’t be burdened by lots of cameos from others, it should be relatively easy to keep the budget to around $165-180 million. And it’s Marvel Studios…what could go wrong?

Well, a few things could, but are probably not likely to be issues. We always have to keep in mind that audiences might not respond to any one of these movies for any number of reasons. If this movie fails, it’s likely not to get any sequels but don’t expect it to be the last you hear of Black Panther. He’ll be popping up in future Marvel films, for sure. He’s clearly essential to the Phase Three plan and there’s no doubt he’ll be a central figure, or at least an influential one, in Phase Four. But, if the chosen director, star and/or story are good enough, you might see a viable Iron Man replacement with T’Challa.

“It is not for nothing that I am called the Black Panther!”

T’Challa’s story is set to begin in the third Cap film, as stated earlier, but we may get a look at his first film villain in Avengers: Age of Ultron. Ulysses Klaw is supposedly being played by Andy Serkis and that could have all sorts of implications for how Wakanda comes into the larger picture. If he’s out to build his sonic weapon that can convert sound to physical matter, then he’ll need vibranium, the fictional alien metal that makes up most of Captain America’s shield. Klaw is also responsible for murdering T’Challa’s father, the king of Wakanda T’Chaka.

There are lots of directions the story could go as it ties into the larger Marvel Cinematic Universe, but if vibranium becomes a central plot point (Ultron might be made of the stuff, too), then there could be a real arms race for the stuff once the genocidal artificial intelligence of the Avengers sequel is finished. And if Black Panther really does get forced to pick sides between Captain America and Iron Man during Civil War, we may have a long-lasting conflict on our hands.

But the larger story would likely revolve around T’Challa trying to find a way for his country to finally join the larger world stage and finding out how difficult that might be. And if his adopted brother, White Wolf were to be introduced we might see a larger conspiracy start to take shape within. The possibilities are huge and this movie should definitely not go short on action, though following an espionage feel similar to the Captain America series would be in its best interest.

We also haven’t heard any firm news on a potential director. Adam McKay (Step Brothers, The Other Guys) was rumored at one point, but he was also rumored for Ant-Man and that didn’t pan out. He might be a good choice for the chair (remember, the Russo brothers mostly did comedy before they directed Captain America: The Winter Soldier), but my first choice would be Brad Bird (The Incredibles, Mission: Impossible Ghost Protocol). He’s got a lot of experience turning out good superhero and action films that also use heavy espionage elements, so it just makes sense.

We really have come a long way in terms of superhero films. We have seen a wide variety of film genres within the larger tapestry, but it’s taken far too long to diversify the lineup. At least that’s beginning to change now and it looks like both Marvel Studios and Warner Brothers/DC Entertainment take it seriously enough to make good movies that are for everyone.

There’s a long time between now and this film’s release, but nobody should feel anything but confident this will be one of the best movies of the year when it comes out. If nothing else, it should be a huge hit for the holiday season when it comes out in November 2017.

I will be in line opening day.

Come back next week for a breakdown of Avengers: Infinity War Part 1!