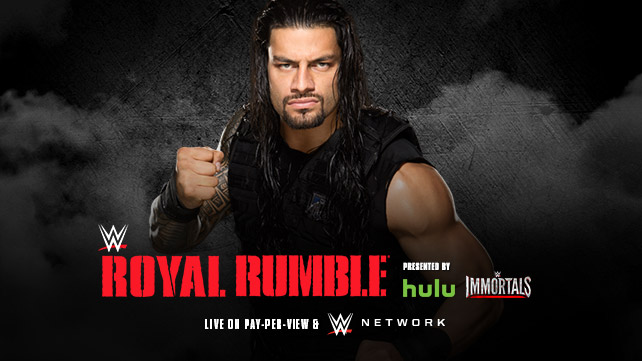 I shook my head in disbelief after Daniel Bryan was unceremoniously eliminated from this year’s Royal Rumble, well before the sweet sixteen, much less the final four. How could this happen again? What is it about Daniel Bryan that makes it so impossible for the WWE to imagine a world where he’s the face of the company?  From all accounts, Bryan has been an extremely hard worker, someone who’s worked his way up to the main event of WrestleMania after years of blood, sweat and tears in half filled auditoriums for little or no pay. He’s put on wrestling clinics all over the world, including stellar main event matches in the WWE. He’s sold T-shirts, he’s had arenas booming with chants of his name, including last Sunday in Philadelphia. As each superstar entered the ring, the chants of “Dan-iel Bry-an” only grew louder and louder, it was dumbfounding and downright puzzling that after a similar incident last year, the WWE was about to pour lighter fluid all over one of the year’s biggest events and set it ablaze.

Then Roman Reigns happened. Fans across the internet had known in the back of their minds that there was no way Reigns wasn’t going to win the Royal Rumble, and it’s all but a given he dethrones Brock Lesnar at WrestleMania 31 in San Fransisco. Some held out hope that the company had learned from its mistakes last year and was ready to give the fans what they’ve been so desperately wanting: Daniel Bryan earning a shot to reclaim his WWE title against Goliath at WrestleMania. Instead, fans were treated to Roman Reigns hitting a few guys, yelling and then…sort of laying there, or something, with a busted lip. Even the thunderous pop after The Rock surprised millions and entered the ring was only a quick fix; the incredibly tough Philadelphia crowd hated Roman Reigns. On a side note, let’s get it out of the way, the WWE has yet to learn Philadelphia isn’t a Vince friendly crowd, the deafening boos scattered across the Wells Fargo Center immediately reminded me of the 1995 King of the Ring, the worst WWF pay-per-view event of all time, coincidentally also taking place in front of the most notorious sports fans in the nation. Seriously, Philadelphia? You’re going to trot Roman Reigns out in Philadelphia?

The backlash was intense. Almost immediately, #CancelWWENetwork was trending worldwide, and the vaunted “internet wrestling community,” one of the web’s most dedicated and vicious fandoms this side of My Little Pony, began their offensive. This was inexcusable. Roman Reigns is not Daniel Bryan, hell, he’s not even Zack Ryder. He’s never paid the dues that Daniel Bryan, Seth Rollins or Dean Ambrose have on their way to the top (excuse me for not using their indy names). His matches are nearly identical, he’s god awful on the microphone and like his kin, Dwayne Johnson, he was hot-shotted to the WWE because of his bloodlines. His life dream was to play pro football, not main event WrestleMania. It’s a travesty, and a slap in the face as a lifelong WWE fan.

Then it hit me. As I made my usual rounds across the internet and read all of my favorite forums, I couldn’t help but feel like a fool and a hypocrite for many of my transgressions against Roman Reigns. I try to stay in shape, but I look nothing like Roman Reigns. A huge part of that is genetics, but an even bigger part is my love of beer, fast food and sitting on my ass watching WWE Network instead of watching my diet and religiously hitting the gym. Roman could very well be roided to the gills, but there’s no denying that he works harder than I ever will in maintaining his physique. The context in which I view the dues Roman has or hasn’t paid in the wrestling world is created from the hundreds of shoot interviews, autobiographies and documentaries I’ve watched on other pro wrestlers, none of which I’ve met. Roman Reigns injured himself last year while being paid to get dropped on his head and has endured more than a few years of the rigorous WWE travel schedule. I can’t even be bothered to watch RAW every week. Who am I to sit behind my keyboard and say Roman Reigns doesn’t work hard?

Most importantly, why should I fault a guy who’s being given a golden opportunity to make millions and establish his career before he hits 30? What wrestler in the world, be it Kevin Nash or Daniel Bryan, would turn down an opportunity to be in the main event at WrestleMania even if they, or fans behind keyboards, felt they “weren’t ready”? Roman Reigns spent most of his life dedicated to football, a sport in which he ultimately fell short of realizing the dream of playing in the NFL. That doesn’t mean he’s not allowed to be rewarded for the hundreds and hundreds of hours he’s poured into reaching that goal. After all, wrestling is full of gridiron failures turned into legends, including his cousin, The Rock, one of the biggest stars not just in the squared circle, but in Hollywood and American pop culture. Roman has worked hard to get to this spot, I’m not gonna say he’s worked harder than any of his peers, but you don’t get to this level without hard work.

A popular line of thinking across forums is not hating Reigns himself, just the direction the company is taking by forcing him into the main event of WrestleMania. This is fair game, and everyone has their right to pick and choose what form of wrestling they enjoy weekly. There are lots of great alternatives to WWE programming across cable television and the internet. If you fall into this camp, stick to it. Mean it. Own it. I’ve wasted a lot of my life on internet forums and if every fan who said they were done with the WWE, or wrestling, meant it, there’d be no wrestling on TV, period. We heard this same uproar last year, and here we are a year later, going through the same motions again, because a stubborn section of the fanbase would rather play Monday morning quarterback than just turn off their TV set, or follow another promotion perhaps more deserving of their time. Until then, channel your seething rage in the appropriate direction.