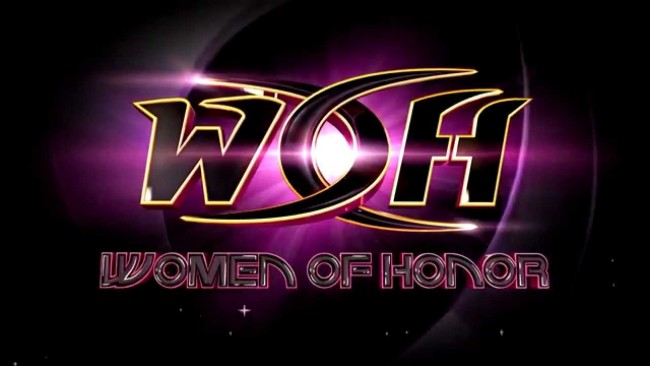 It’s an “off week” for Ring of Honor television with Best in the World taking place the Friday night before this TV was aired. It’s always a tricky spot programming-wise for ROH, but I liked that they took this opportunity to air the Women of Honor mini-show they had taped back on February 6th during the Nashville tapings (which coincided when I started reviewing the TV regularly). So this is a bit dated, but exists enough in a vacuum to their regular fans that it isn’t too glaring.

The Women of Honor “brand” within ROH is a no-brainer. Most of us were swept up in the NXT revolution of showcasing women’s wrestling. The days of hand-waving women’s matches are over. TNA has their Knockout division already and it would make sense that ROH would showcase their women, as well as open things up to bigger names you’ll see on the independent circuit. This special episode isn’t the lone WOH action you can find. Every Wednesday, a new Women of Honor match is released for free on the ROH YouTube channel. These are usually the dark matches before their events and aren’t included with VOD buys. The curator of their playlist is really up on keeping it to date as well – you can find it here.

I like the idea of a “worker” heavy Women of Honor; this feels more in place for 2016, but I also see the value in character work and sticking out that way. We get the whole spectrum here. Thunderkitty seemingly has no place in 2016 wrestling. Cringe-worthy. Crazy Mary has a decent gimmick and Veda is recognizable from her manager work and has been in ROH for some time now. Both fit in great. Allysin Kay is the TNA Knockout champ so there’s that (which dates the show a bit). Sumie has been in a bunch of WOH matches so far – she falls more into the straight worker gimmick. Amber Gallows is the Bullet Babe, so we’re tying in current day Bullet Club stuff to WOH. Perfectly fine and topical.

The match is a showcase of sorts, as 6-women matches tend to be. Everybody gets to work their stuff in and some of it is ok, and some of it misses pretty badly. My intent here is to not slant negative, I think it is awesome that this was broadcast to Sinclair television outlets as a stand alone show. There’s a Veda cartwheel-something kick that is so bad here, it may make my Worst of ROH list for 2016 (currently championed by Cedric Alexander no-selling Ishii’s headbutt – I WILL NOT GET OVER THIS). The Gallows/Kay/Scott team wins here, but not without some nice work from Crazy Mary.

So we get a vignette from Faye, talking about her training and how this is her first match. Here’s another way to differentiate the Women of Honor: meld the behind-the-scenes reality stuff like you’ll see on the WWE Network’s Breaking Ground with in-ring matches.

So Faye has been training at the ROH dojo for one year before this match so if you ever wondered “what kind of wrestler would I be after a full year of training?”, here you go. That was probably mean-spirited and I apologize to both our male and female readers, of which I know there are many of you. Faye has a big smile on her face and they work some ok comedy here around ODB’s drinking and Faye having a large posterior (that is her gimmick). There’s one point where ODB essentially clotheslines herself, and that about sums up this one.

Mandy Leon vs. Hania the Huntress

Hania, courtesy of our friend Steve Wille, used to wrestle in Chikara. Mandy has been on a ton of WOH dark matches and she’s improved a lot – even promo-wise from her Inside ROH days. This is not a wrestler that is only in this spot because of who she may or may not be dating. It’s evident that she works hard and is passionate about wrestling.

So they book this one to build to be quite the epic, but it’s hard to get to that point chemistry-wise (and crowd-wise) in their first encounter. Dramatic slugfests late, screaming, it’s quite the battle that never quite clicks but the work is fine. They actually will get a rematch (2 out of 3 falls) at the upcoming Baltimore Women of Honor show. Hania wins this one after about 11 minutes (standard ROH TV match slot), which was quite surprising, again because of Mandy’s visibility with ROH and Hania not being full-time with WOH at all.

BJ typically does WOH commentary with friend of the site, Ian Riccaboni, but here he’s cornering for his protégée Kelly. She’s got the hardcore athletic gimmick, mouth guard, intensity, the whole thing. She’s been quite prominent on 2016 WOH dark matches and is positioned as the best in the group. Hendrix isn’t new to the ring, but she brings the best character work into this. Her work with the House of Truth is perfectly fine, and she’s honed her gimmick in the ring well also. Speaking of Truth, his resurrection is the one continuity issue (I don’t really think the TNA champ thing is as glaring), but hey, here he is.

Klein gets a big win here, it’s setting up a pretty good matchup on paper for the upcoming Baltimore show against Candace LeRae. Candace is another big indie name that adds credibility to WOH (it’s her ROH debut).

Final thoughts: This was a perfectly fine first step in indoctrinating the ROH TV audience to Women of Honor. I think they’ve been trending in the right direction this year with the group. They’ve consistently used their social media outlets to promote WOH wrestlers and matches and the July 8th show (free with your ticket to the ROH show after) was pushed hard. If they keep this up, I could certainly see showcase matches, and probably a championship, be a regular part of their shows – not just the opening dark match.