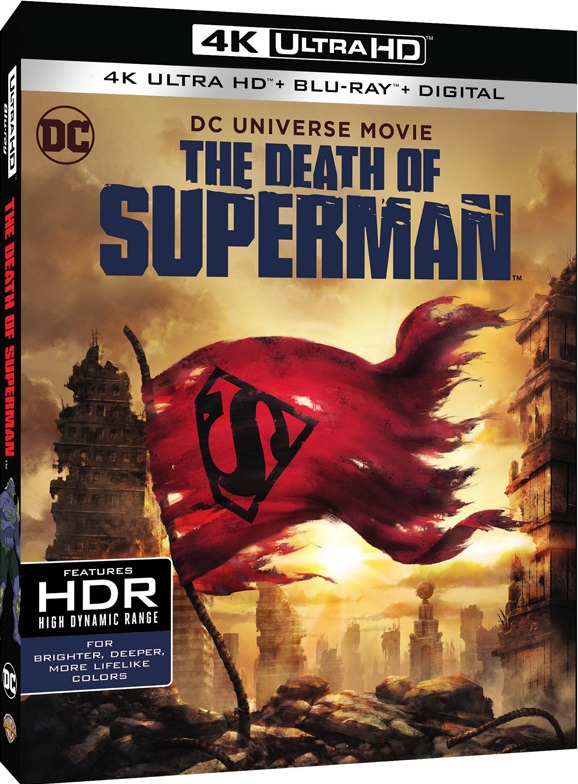 Few comic stories are as famous as The Death of Superman. So, naturally, it’s had a couple of adaptations by now. From the ill-conceived and executed Superman: Doomsday in 2007 to 2016’s much-maligned Batman v Superman: Dawn of Justice.

This time, however, directors Jake Castorena and Sam Liu along with popular Superman writer, Peter J. Tomasi, adapt the story much more closely to its comic source material, yet still manage to keep it within the continuity of the current DC Animated Universe films that began with Justice League: The Flashpoint Paradox.

In doing so, the creative team has made a film that is thrilling, emotionally resonant and triumphant as any of the best DC animated films before it. Not since Batman: Under the Red Hood has an animated film hit on so many levels so perfectly.

What this film does so right is illustrating what Superman means to his friends, family and the world at large. From exchanging witty banter with classic superman adversaries, Intergang, to a hilariously awkward dinner with the Kents and Lois Lane, this is every bit the classic Superman we all know and love. Of course, it helps that real-life married couple Jerry O’Connell and Rebecca Romijn voice Clark Kent and Lois Lane, respectively. The chemistry comes through and elevates both performances to a higher level.

Where Superman: Doomsday went wrong was in cutting out all the DC Comics elements that made The Death of Superman a compelling story. This version loads up on them, including giving us looks at those who will step in for Superman following his death.

More so than just adding in the four other “Supermen” in cameos, this one ties closely to the other DCAU films by having nearly the entire Justice League show up to go a round or two with the alien monster, Doomsday. All the familiar voices from Nathan Fillion’s Hal Jordan/Green Lantern and Rosario Dawson’s Wonder Woman to Jason O’Mara’s Batman and Shemar Moore’s Cyborg are back in addition to a couple of new faces in Martian Manhunter (Nyambi Nyambi) and Hawkman.

But what most are showing up for is the beat down. And this movie delivers that and then some. Once the League realizes how out-matched they are, Superman swoops in to take the monster on himself. And finds out that this creature is beyond his ability to handle on nearly every level. But he won’t quit…ever. And it leads to one of the most destructive and yet heroic battles the Man of Steel has ever had on film. He may always have to handle this monster, but he still goes out of his way to protect civilians, even as he’s being beaten to death.

It’s in those little moments that this movie shines brightest. Amongst all the destruction, you still see Superman connecting with the people and protecting the only home and family he’s ever known. Even when Lex Luthor (Rainn Wilson) tries to take on the monster and could have easily been killed, Superman steps in to save him.

The animation style mostly works, though at times it does feel a little rushed or even shallow compared to some of the DC Animation house’s better movies. Still, it has some of the best moments the DCAU has ever seen, too. Background details could have used a little more to make them feel authentic, but overall this is one of the better offerings in that regard.

This movie also manages to be the longest DCAU film to date, clocking in at 81 minutes. On top of that, it sets up for the sequel, Rein of the Supermen, coming next year with a few post-credits scenes and a behind-the-scenes featurette that makes it look like the next chapter might be even better.

This is the Superman movie fans have been waiting years to see. It’s got all the heart and excitement one would hope to see, but never forgets how important the little moments, like pictures with Bibbo (Charles Halford) or a special lunch with Lois are, too.

This is a movie that honors the work of Dan Jurgens, Louise Simonson, Roger Stern, Jerry Ordway, Karl Kesel and William Messner-Loebs in the best way possible. It should be part of any DC Comics fan’s collection.