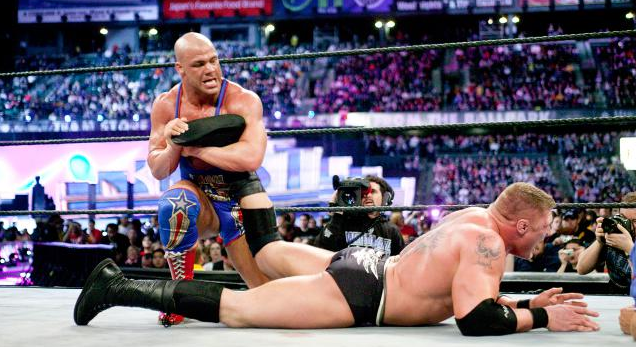 Making his debut at WrestleMania 2000, Kurt Angle boasts a strong resume of in ring quality when it comes to workrate. He also often did his best work in highly promoted matches on the card. His lack of overall depth keeps him lower on the list, but with seven matches under his belt, the amount of total snowflakes were enough to land your Olympic Hero inside the top ten. 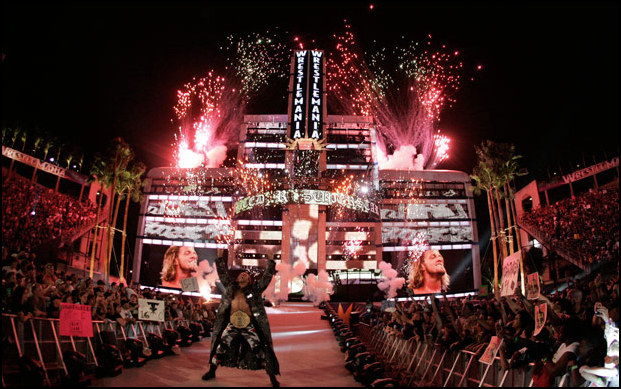 Edge is a strong entrant for the back end of the top ten thanks to his breadth of WrestleMania bouts that include tag team matches, singles title matches, Main Events and gimmick matches. He has delivered classics up and down the card and eventually was given the chance to close out the show with a World Title match in 2008. He also had his final match at WrestleMania XXVII, making the Rated R Superstar quite synonymous with the Granddaddy of Them All.

We make a good sized jump in points here as our next entrant appeared much higher on lists across the board. John Cena made an inauspicious WrestleMania debut as part of a preshow rap battle in 2003. Since then, he has been a fixture on every card, with much of that time spent in the biggest matches of the night. His heavy volume of matches also weighed heavily here. While his output hasn’t always been at a Match of the Night level, he always hits his baseline and delivers strong outings and memorable moments, a key for anyone looking to make this list. 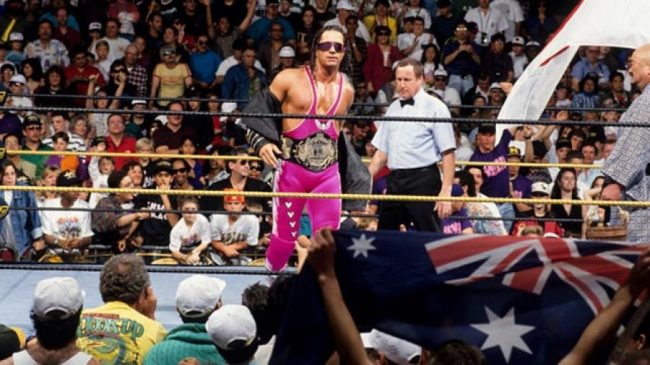 While Bret Hart has a high volume catalog of WrestleMania matches, it was until he broke out as a singles star just ahead of WrestleMania VIII that he really started to deliver strong Mania performances. And even then, his resume has deep variances between mid tier and elite performances. However, his best performances are so memorably great, they buoyed his ranking and greatly outweighed the mass of middling output from his early years. Regardless of all else, when you boast the greatest match in WrestleMania history on your resume, you solidify a spot within the top ten. 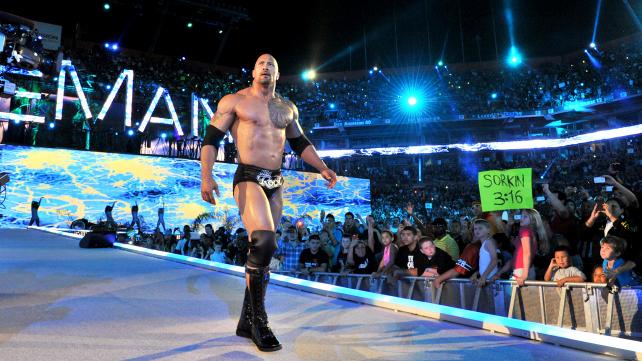 The Rock’s WrestleMania career got off to a shaky start in 1997 but almost immediately after, the hits started coming. Thanks to three strong matches with Steve Austin, The Rock’s resume is easily up there with the elite of the elite when it comes to WresttleMania performers. Add to the fact that in beginning 2011 he became just about a WrestleMania exclusive performer, his name and presence have now become symbiotic with the Showcase of the Immortals. 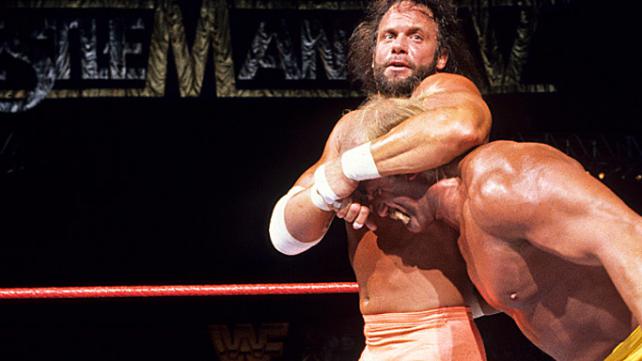 As we enter the top five, the point separation from the bottom half is clear, and we kick off this true rarefied air with of the most beloved and iconic performers in WWE history: Randy Savage. Savage has just nine Mania appearances on his resume, but thanks to his WWF Championship Tournament performance, he competed thirteen times. And a very high majority of those performances immediately bring upon a swirl of nostalgia and instant memories of both the matches and moments. Nobody brought emotion into storylines like Savage, especially at WrestleMania. He has two of the greatest Mania matches in history (III, VII) to his name and another that is within shouting distance (VIII). And that is on top of another bout that was the culmination of one of the greatest company storylines of all time (V). High level stuff from the Macho Man.

Narrowly edging out the Macho Man by one point, the legendary Steve Austin enters the list at #4 and there should be no surprise there. One of the top three biggest box office draws in company history, from 1997 through 2003 (except 2000, his injury year), Steve Austin was a highlight draw at the biggest show of the year. Along with Bret Hart, he delivered the greatest match in the show’s history in 1997 and then followed that up with a signature WWF Title victory a year later. Toss in three iconic matches against the Rock and you have one of the tighest WrestleMania resumes in existence when you consider how relatively short it is. And since retiring he is still often a fixture on the Showcase of Immortals. Austin’s star still shines high for many fans and for half a dozen years, he was the centerpiece of WrestleMania.

We hit the top three with the man upon whose back WrestleMania was built: Hulk Hogan. Without the Hulkster, WrestleMania may very well never exist and for the first nine years, he was the absolute focal point of the show. He followed that up with a strong pair of matches in 2002 and 2003, including a memorable tilt for the ages with The Rock. Where Hogan lacks in workrate he gains in memorability and iconic moments, with the biggest coming at the Silverdome when he slammed Andre the Giant. WrestleMania = Hulk Hogan. 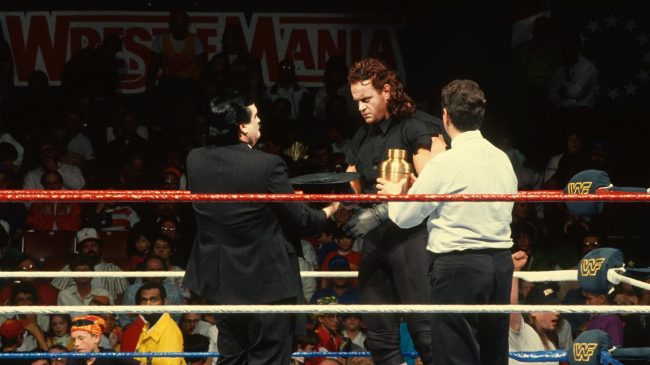 To show you just how tight the top of this list is, only three points separated #5 from #2. And coming in second place is the man who has racked up a legendary 23-1 WrestleMania record: The Undertaker. Of course, for many years, the Streak was a huge selling point for Mania and it ending in 2014 was one of the biggest stories of the year. Taker has continued to chug along since, notching two more wins along the way. Where he lacks in  depth classics he gains in presence, overall importance to the card and has delivered a plethora of memorable moments. Oh, and he does have some classics, including a top three Mania match of all time. Even though the time is drawing near, it is odd to think about WrestleMania going on without the Deadman. 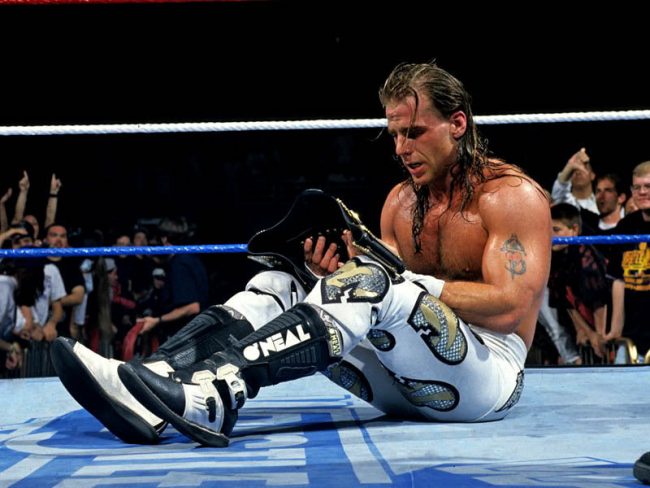 No surprise here as Mr. WrestleMania himself dominates the voting, picking up seven first place voted to easily outpace a star studded field. All time classics, iconic moments, title wins, high level in ring performances, Shawn Michaels has it all on his Mania resume. And he had two separate runs of greatness as well. He even went out on top, delivering two of his best matches in his last two Mania appearances. The Heartbreak Kid is PTBN’s Greatest WrestleMania Performer.