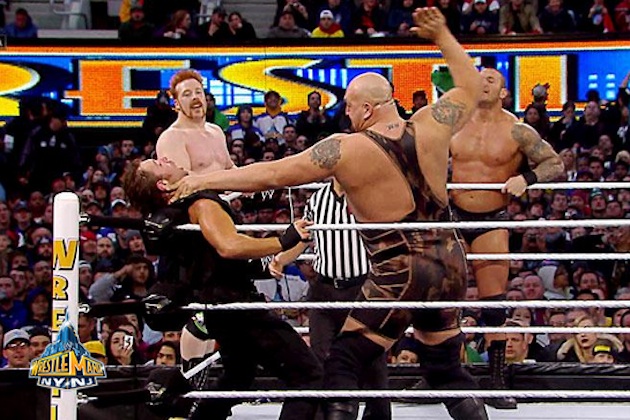 Just months removed from their stunning debut, The Shield was still red hot and dominant regardless of who they took on in and out of the ring. To open WrestleMania 29, three veterans stepped up and joined forces in an attempt to eradicate the trio but would come up just short of their goal in one of the best matches of the night. The Shield’s reign of terror would continue on, another big win notched into their kevlar jackets. 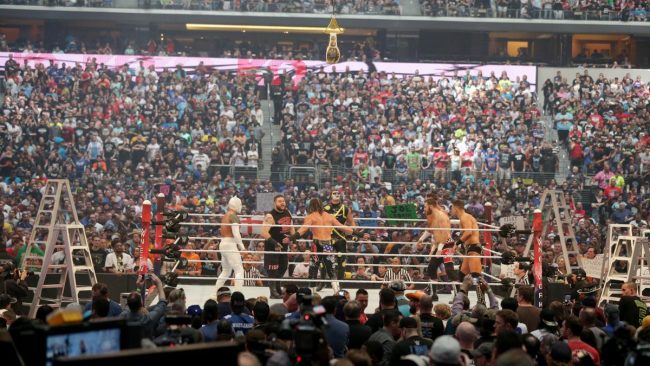 For the second straight year, WrestleMania opened up with a big multi-man ladder war for the Intercontinental Title. Kevin Owens would enter as champion but after car wreck match filled with big spots and hateful brawling, the world was shocked when perennial bridesmaid Zack Ryder won the bout and the strap. It was a memorable WrestleMania moment for one of wrestling’s most notable underdogs. 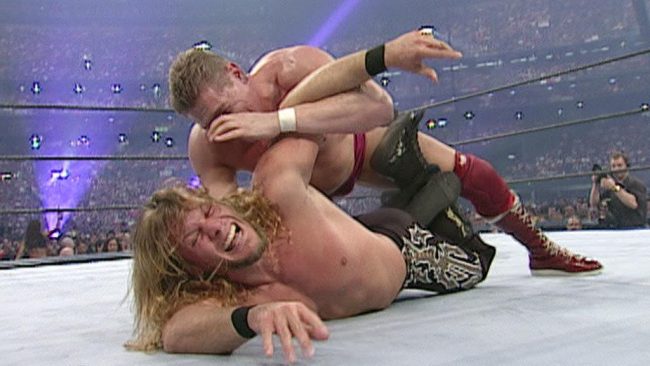 In his first ever WrestleMania match, William Regal did his best to wrest away Chris Jericho’s Intercontinental Title but would come up just short in the stiff, chop filled war. These two wailed on each other throughout the duration of the bout and walked away with beet red chests, leaving the massive Houston card turned on and fired up for the rest of a huge night of action.

After its creation in 2005, the Money in the Bank Ladder Match opening up the show became a yearly tradition. It was WWE’s way to load the card with quality upper mid card talent that was otherwise lost in the shuffle. In 2009, the show opened with a loaded, fun filled installment of this gimmick bout. And for the second straight year, CM Punk would ascend the ladder at the end, grab hold of the briefcase and stand tall among his peers. 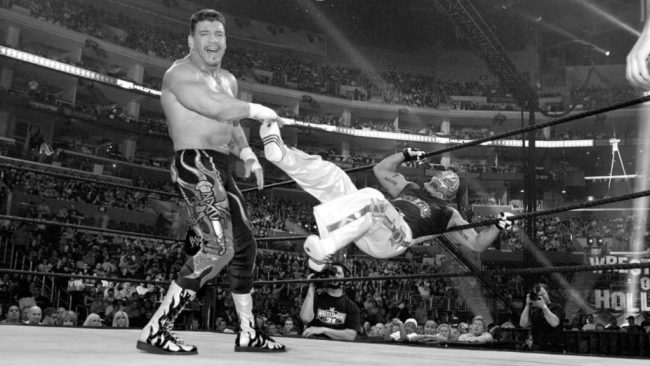 Long time rivals turned best friends, Rey Mysterio and Eddie Guerrero hooked up in early 2005 to win the WWE Tag Team Titles. Despite their success, Guerrero was still struggling with their past and the fact that he could rarely bet Mysterio in singles bouts. Thus, a friendly match was set for WrestleMania and while it stands a bit down the list from their usual classics, it was still a great match and a strong way to kick off the show. And it also saw Mysterio sneak out a win, igniting one of 2005’s most bitter feuds.

While it is no surprise that Shawn Michaels makes an appearance in the top five of a WrestleMania list, this match can sometimes be one that catches people off guard. Cutting a red hot pace, these two teams exhibited a wonderful chemistry in a big man/little man format that never gets old. Michaels and Marty Jannetty bumped all around the ring in between unleashing a high octane double team offense that handed them a win to kick off an underrated show. 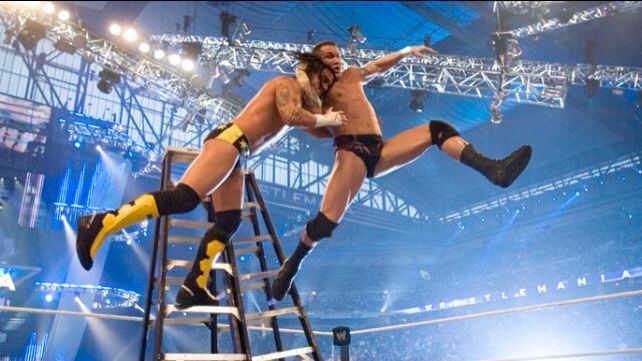 Our final Money in the Bank Ladder Match to check in on the list, 2007’s installment is easily one of the most memorable in the history of the gimmick. Filled with top notch stars, it featured a crazed Swanton bomb off a massive ladder by Jeff Hardy to eliminate Edge from the match as well as fun interference from Hornswoggle that was capped by Mr. Kennedy dropping him off a ladder with the Green Bay Plunge. And speaking of Kennedy, this would be his crowning WWE moment as he picked up the victory and took home the briefcase. 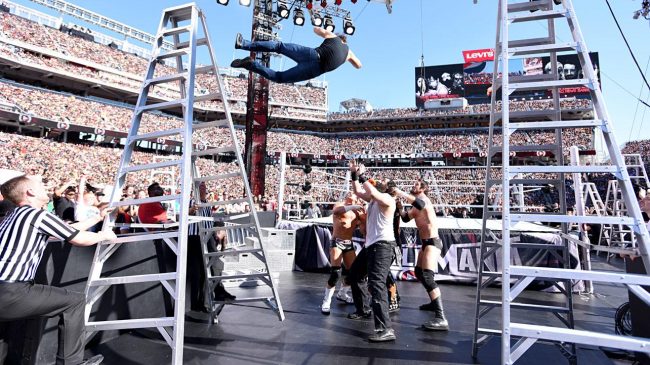 Filled with a field of hungry stars looking to make a mark on the biggest show of the year, the inaugural WrestleMania Intercontinental Title Ladder Match certainly got WrestleMania 31 off to a fast start. Set against the daylight of the Silicon Valley, everyone in the match (expect R-Truth, who is afraid of heights) unleashed a flurry of air strikes and hard hitting brawling in a quest to take home Bad News Barrett’s IC strap. In the final moments, Daniel Bryan and Dolph Ziggler would put on an insane headbutt duel atop the ladder and in the end both the duel and the match would be won by Bryan. And it would Bryan’s final WrestleMania bout and moment, allowing him to end his Hall of Fame career with a title win on the biggest stage in WWE.

Just missing out on the top slot is the all time workrate classic between Bret and Owen Hart that opened WrestleMania X. Owen Hart’s simmering jealousy had exploded in January and he finally was able to secure a match against his reluctant brother. The two expertly traded holds and near falls for 20:00 and showed what the new Hulk Hogan-less WWF main event scene could be like. Owen would upset his brother establishing himself as the top contender to the Hitman’s WWF Title that he would win to close out the night. 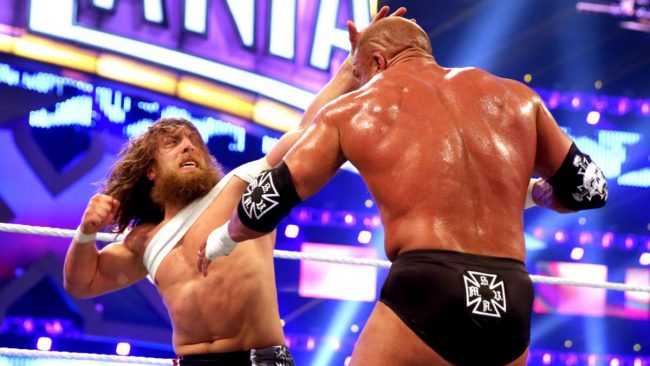 In one of the most emotionally charged WrestleMania matches of all time, Daniel Bryan was looking to both open and close WrestleMania XXX by beating his arch nemesis Triple H. The Authority had made Bryan’s life a living hell since SummerSlam and this was his chance to take out the head of the company en route to winning the WWE Championship. And it ended up surpassing even the loftiest of expectations as Triple H turned back the clock and hung in with Bryan move for move. In the end, Bryan escaped a deflating loss and was able to put Hunter down for the win. He would pay a price though, as Hunter attacked him after the bout and further damaged his already hurting shoulder, adding additional intrigue for the main event.