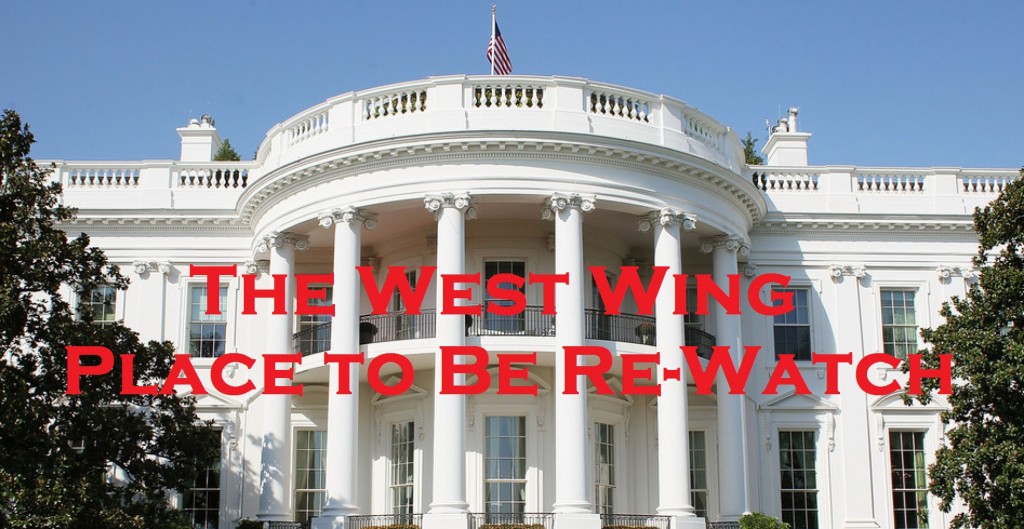 THE ADMINISTRATION AT THE START OF SEASON THREE

Fresh off the shocking public announcement that President Bartlet has Multiple Sclerosis and is running for re-election, the Administration must convince the electorate that he is still able to lead the country while also staving off inquisitions from a vengeful Congress. The staff must ride the high of the announcement of the President’s intent to run for a second term all while facing the impending low of both approval ratings and subpoenas…all except for the First Lady (Stockard Channing), who joins the opening credits as a full time cast member and who has been betrayed by the President reneging on their “four years” deal.

The season two cliffhanger that wasn’t really a cliffhanger was resolved within the first minute of the episode. Will President Bartlet run for re-election? “Yeah…and I’m gonna win.” The entire beginning of season three, written before 9/11 happened in the real world, focuses on the hearings into President Bartlet’s concealed MS. One focus is on Donna (Janel Moloney) who briefly dates the Republican lawyer running the investigation (Mark Feuerstein as the great Cliff Calley.)

By the time November rolls around, specifically the episode The Women of Qumar, you can see the real world events of 9/11 and the War on Terror begin to peek into the plot, as CJ opposes the US’s leasing of a military base in a Middle Eastern country that is oppressive to women. Other plots throughout the season include Toby lashing out at Islamic dictatorships in a UN speech, a line in the State of the Union about rooting out terrorists in caves, and a religious school burning down in Saudi Arabia where school girls are allowed to die because they aren’t dressed appropriately to flee the flames.

The biggest terrorism-based subplot hits in the season’s closing episodes. When military intelligence uncovers a terrorist plot to blow up the Golden Gate Bridge, it is traced back to the Defense Minister of the (fictional) country of Qumar, Abdul Shareef. When all options to arrest or otherwise capture Shareef fail, the President must order a covert special-ops assassination of the terrorist/foreign diplomat in the now typical season finale musical montage. Oh yeah, and a stalker tries to kill CJ but her secret service agent turned possible love interest is the one who ends up dead in a totally unrelated incident. Because whatever. There is also a half-season-long romance between Josh and women’s rights activist Amy Gardner (Mary Louise Parker.) Double whatever.

The two-part season premiere Manchester is fine (and kind of necessary to see everything from the end of season two wrapped up.) The MS-investigation story arc gets wrapped up in the superb Christmas episode Bartlet For America (and in the subsequent H. Con 172.) The end-of-season story arc (Enemies Foreign and Domestic, The Black Vera Wang, We Killed Yamamoto, and Posse Comitatus) is the weakest season ending foursome of the Sorkin years but all episodes still have great moments and are kind of required viewing overall for the show.

The Indians in the Lobby, another Thanksgiving themed episode, is a personal favorite of mine as well as the rare Abby-centric Dead Irish Writers and the really enjoyable and under-appreciated Stirred.

So much of the season is shrouded, literally, in low lighting and long pauses…I guess in some ways a reflection of the real world at large and the difficult creative process Sorkin was going through when writing it. Some episodes have spots borderlining on uncomfortable (War Crimes, The Two Bartlets) while others just somehow miss the benchmarks of the amazing season two (100,000 Airplanes, Gone Quiet, Night Five, The U.S. Poet Laureate.) There are no truly BAD episodes, it is still a Sorkin season afterall. We won’t talk about truly BAD episodes until season five. It’s just that while there are plenty of highlights around, there are also way more low points here than in seasons one or two.

There are also the two “special” episodes. One, a documentary special that appears before the season ending foursome, is neat because it includes real White House staffers and former Presidents commenting on the show and real life on Pennsylvania Avenue. The other, Isaac and Ishmael, was penned immediately after 9/11 and aired to start the season. It imagines the West Wing White House in the aftermath of 9/11. While nothing explicitly removes it from the show’s chronology, it is not considered to be canonical. You need not watch either of them.

Watching season three when it aired was difficult because the drama on screen often could not match the drama unfolding in the real world. Watching it now, it’s easy to see how many subplots were shoehorned into the show’s universe to be “topical.” Season three is without a doubt the worst of the show up to this point. But as I said earlier, there are still loads of highlights and I still strongly recommend it. It won the Emmy for best drama series and probably deserved it…it is only the worst because the first two were so amazingly good.

Just make sure you go in expecting lots of long pauses and with the knowledge that, apparently, some White House staffers can’t afford a lamp.