In this multi-part series, the staff members of Place to Be Nation have to come together to argue who the true Real World Champion of North American wrestling was in each year from 1983 through 2014. We factored in workrate, promo skills, drawing ability, influence and general overall presentation, acceptance and cache. After intense debates, we chose our Champions for each year and submitted a writeup explaining the choice and also offering up the top matches each Champion competed in that year. On with the roll call! 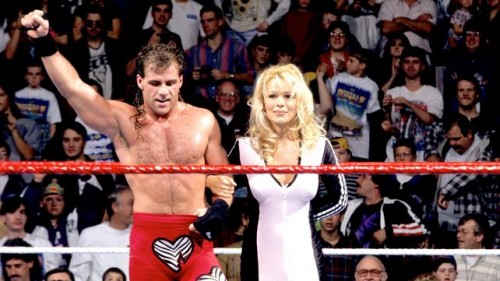 Since the Rockers split up to open 1992, the wrestling world waited for Shawn Michaels to have that breakout year and become the star many were convinced he would become. After a very good 1994, Michaels took the leap late in the year when he split away from Diesel and committed himself to going on a tear to prove he was the best in the business. He would win the Royal Rumble match, pretty much wrestling just himself amidst a field of forgotten jobbers and fallen stars. He steamrolled into WrestleMania and won the crowd over during his match with the now tepid World Champion Diesel. The writing was on the wall and Michaels was immediately turned face and set up for what would be a monster 18 months. After resting up for a couple of months, he returned in June and got right to work, competing in strong televised matches before busting out back to back tremendous PPV outings against Jeff Jarrett and Razor Ramon. The fall was a bit shaky with his out of the ring issues creeping into the storylines, but he delivered a strong showing at Survivor Series and then captivated all wrestling fans when he collapsed on Raw the next night. Even with missing a quarter of the year, Michaels was the most talked about rising star in North American wrestling and padded that headline with a resume of top flight bouts. 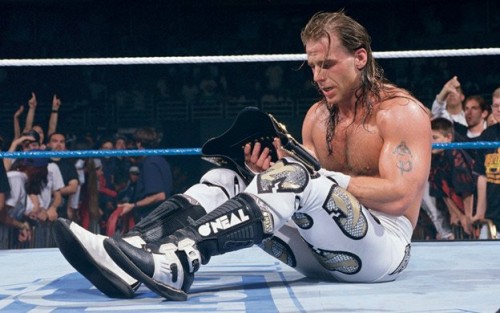 Heading into 1996, Michaels was again the favorite to win the Royal Rumble match, and he would indeed join Hulk Hogan as the only back-to-back winners to date. This time, he took advantage of the Rumble prize and cashed in by capturing his first World Title by defeating Bret Hart in an Iron Man match in what would become one of the most memorable WrestleMania matches of all time. From then on, the WWF was the Shawn Michaels show as he dominated the in ring action and nailed tremendous PPV performances against Diesel, British Bulldog, Vader, Mankind and Sid with some real fun TV matches sprinkled in between. Despite business being down and the fans tiring of his milquetoast persona by year’s end, Michaels was the lead dog of the most recognizable promotion of the continent and dropped a crazy amount snowflakes like a Nor’Easter. He put on a year long workrate fiesta that had never been seen in a WWF ring and did while carrying a title belt that was generally reserved for men twice his size. 1996 was easily the year of the Heartbreak Kid. 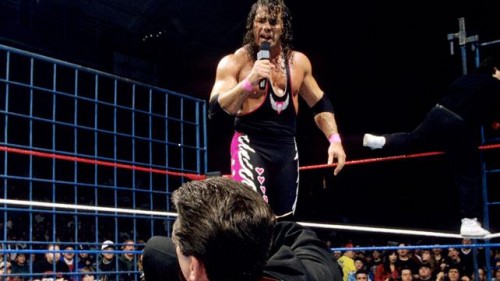 As 1997 dawned, Bret Hart fans were ecstatic to see their hero back in action after a prolonged absence in the back end of 1996. Things started relatively well as the Hitman was a favorite to win the Royal Rumble and nearly did. And that is when everything went haywire. After threatening to quit the company the next night, Hart capitulated once Gorilla Monsoon granted him a chance to earn the WrestleMania title shot at Final Four. After knocking out two home run matches on consecutive PPVs in February and March, the latter is considered the greatest WrestleMania match of all time, Hart turned heel for the first time since 1988. But this wasn’t your standard heel turn, this one had a twist, as he was a face in Canada and around the world but a heel in the US. And it was awesome. He reunited his estranged family and they went on a reign of terror as they collected titles and assaulted the beloved Steve Austin, Shawn Michaels and Undertaker. Hart would miss some in ring time due to a knee injury, but during that break, his character work became even sharper. He would cut scathing promos on America and its antiheroes from his wheelchair, always threatening to leave the country for good. Things may have tapered a bit in the fall, but Hart would be the talk of the wrestling world thanks to Montreal. In a year that many consider to be one of the greatest overall for pro wrestling, Bret Hart took the leap outside of the ring and became a true complete package to earn him this honor.