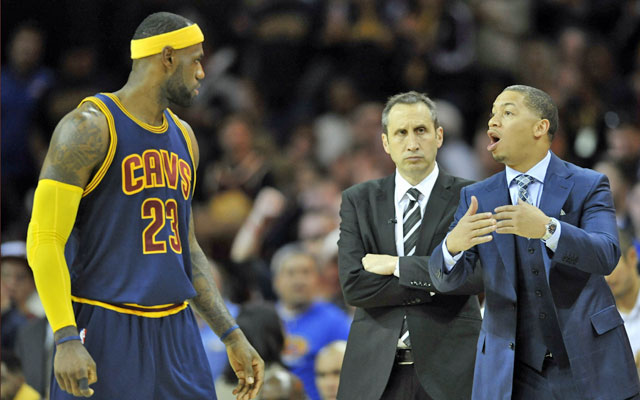 On this latest episode of Place To Be Nation’s NBA-Team Podcast, Adam Murray and Andrew Riche talk about why a lot of players, teams, and coaches are not ready to take the next step yet even with the NBA making its Saturday night regular season debut on ABC and the All Star Break nearing. How much was LeBron James really involved in the firing of David Blatt and Tyronn Lue replacing him in Cleveland? Was it the right decision, and how bad was the timing? Riche and Adam also discuss the slow improvement of the Chicago Bulls and Toronto Raptors as they catch up to the Cavaliers in the Eastern Conference rankings, the first Spurs/Warriors clash of the season in Golden State, and much more. So suit up and take it out with the NBA-Team!