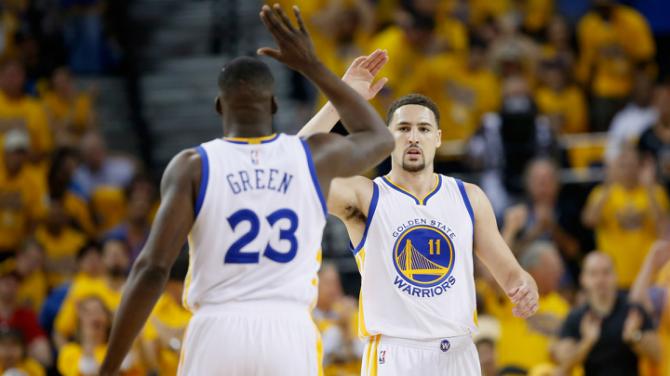 On to the second round of the NBA Playoffs, and Adam Murray and Andrew Riche of Place To Be Nation’s NBA-Team have every match-up covered for you! How badly do the Golden State Warriors really need the injured Steph Curry as they take on Damian Lillard and the upset-happy Portland Trail Blazers? After both teams had to go the distance in the first round, is it possible we might see the Miami Heat and Toronto Raptors play a seventh game once again? Riche and Adam also talk about what might be different about this year’s Cavaliers/Hawks match-up, the potential of a dud in what has been billed as an epic encounter between the Spurs and Thunder, Luke Walton being hired as the Lakers’ head coach, and much more. So suit up and take it out with the NBA-Team!