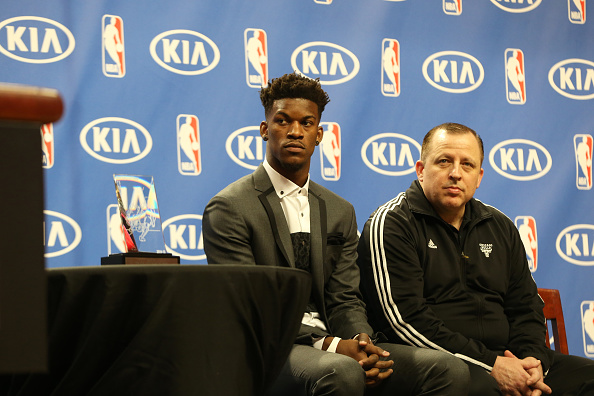 On the latest edition of Place To Be Nation’s NBA-Team Podcast, Riche and Adam try their best to sporadically go around the league to discuss the silly season already beginning after the NBA Draft. Which teams “won” or “lost” after Thursday’s events? Have the Chicago Bulls irreversibly damaged their team, and is the clock now officially ticking on Tom Thibideau to get it right in Minnesota after acquiring Jimmy Butler? How did the Charlotte Hornets both win AND lose in our minds last week, and why is Riche so down on the Atlanta Hawks while Adam disagrees? We also talk about the toxicity of the Knicks’ situation, lottery picks, summer league, and much more! So suit up and take it out with the NBA-Team!