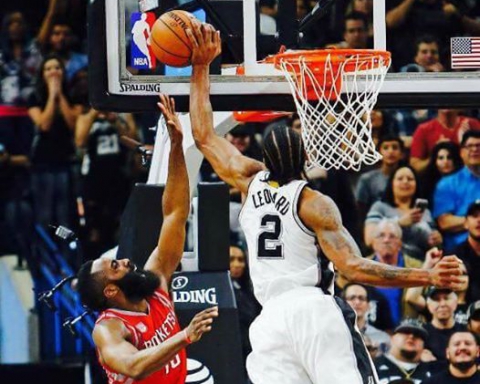 The NBA Playoffs move on to the next round, and Place To Be Nation’s NBA-Team of Adam Murray and Andrew Riche are here to provide all of the things you need to know. (Note: This episode was recorded prior to the Clippers/Jazz Game 7, so we talk about the potential matchups of Warriors/Jazz AND Warriors/Clippers). Who gets matched up against whom in the oil vs water series that is Rockets vs Spurs? Will the Cavaliers be able to dispatch the Raptors even more quickly than they did last year in the Eastern Conference FInals, or will Toronto pull off a surprise? Riche and Adam also talk about the testiness of the Celtics/Wizards second round series, John Wall’s dominance, the Clippers living in the now, the ESPN layoff and its effect on their NBA coverage, and much more. So suit up and take it out with the NBA-Team!