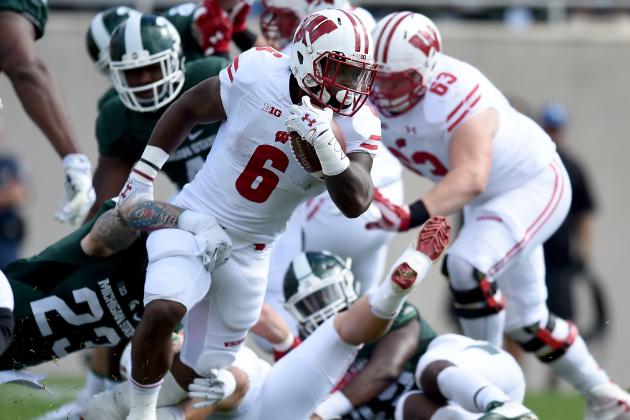 Welcome back fans to this week’s HOT TAKES! Some sizzling ones here as two major programs hit rock bottom this past weekend and make major changes. For the second straight week, I will let my padawan Logan Crosland go first on his takes, starting off with the biggest news coming out of the carnage:

-Les Miles GONE from LSU: Saturday’s game against Auburn was dubbed the “Hot Seat Bowl,” going in. Gus Malzahn and Les Miles have been under heavy scrutiny since the beginning of season, and for Miles even going back to last season. Malzahn and Auburn were able to win the game, in what ended up being a very strange finish, so Miles was going to have an even hotter seat than he did coming. It not only got hotter though, it burst into flames as Miles was fired on Sunday. I always disagree when coaches get fired during the season, but I guess LSU wants to focus on a future where anyone but Les Miles is the head man on the sidelines.

-Clemson Finally Gets on Track: I’ve discussed how disappointing of a start the Clemson Tigers have gotten off to since the season started. Well, Thursday they finally played like the team everyone was expecting coming into the season. The defense was able to stifle the always dangerous triple option attack of Georgia Tech. People thought coming in this was a trap game for Clemson, because it was on the road and the Yellow Jackets have had the Tigers number in recent years in Atlanta. Clemson’s offense wasn’t as impressive as I know they can be, but you can’t ignore how good their defense played Thursday night in Atlanta.

-Wisconsin Dominates Sparty: Michigan State came into this game with people thinking that they could be a legitimate threat to Michigan and Ohio State in the Big Ten after their win against Notre Dame from the previous, much to my partner Scott’s dismay. Wisconsin heard all this hype about the Spartans and how they were going to get beat by a superior team. They used this as motivation to lay the Smackdown on the Spartans 30-6. The defense of the Badgers were able to shut down a really good running attack and force turnovers to put a good ole fashioned beatdown on the Spartans. This Wisconsin team now becomes a team in the Big Ten to watch out for as the season goes on. Big game versus Michigan next week.

-Texas A&M Wins Big in Big D: The past 2 games in the Arkansas-Texas A&M series have been thrilling high scoring overtime games. The first half of this year’s contest seemed to be following the script of the previous 2 meetings, as they went into the half tied 17-17. The Aggies though, were able to use a 28 point second half to finish the Razorbacks in regulation this time. The Aggies defense was also able to dominate Arkansas’ offense, holding them to only 7 points. A&M will have their chance to prove they are for real in October, as they play both Tennessee and Alabama in the coming weeks.

-Tennessee Beats the Streak: Tennessee hadn’t beaten Florida in 11 years coming into Saturday’s game. To put that in perspective, social media as we know it now didn’t even exist the last time the Vols beat the Gators. The Vols and their fans can be happy knowing that they were able to end that streak on and end it at 11 after hearing about it all week. The first half made things look like the streak would live on, but Joshua Dobbs was able to make plays and lead the Vols to 38 straight points on the way to a 38-28 victory in Neyland Stadium.

Thanks Logan! Now, speaking of a hot mess:

-Rock Bottom in South Bend: Losing to Texas in Austin is acceptable. Losing at home to a really good Michigan State team is tolerable. But DUKE!!!! This isn’t Christian Laettner and Grant Hill. ND was a 21 point favorite, and they not only lost, but gave up 38 points in the process, including some long pass plays where cornerbacks were consistently getting beat over and over again. So Brian Kelly (whose seat is probably getting a little less cold) cut Brian VanGorder loose as Defensive Coordinator, which was a necessity. He was consistently putting the wrong player in the wrong place. Greg Hudson takes over, and we will see if anything changes this week when the Irish take on Syracuse at MetLife Stadium.

-Shattering the Glass Ceiling: Louisville and Houston continue to stick it to the old guard in 2016. Both stayed undefeated with impressive wins, as Louisville pummeled Marshall and the Cougars crushed Texas State. Cardinals QB Lamar Jackson is becoming a Heisman dark horse with his performance so far this year, but time for Louisville to put on the big boy pants this weekend when they travel to Death Valley to take on Clemson. Two of the best quarterbacks in the country will battle when Jackson goes up against DeShawn Watson. Bring it on. Houston will look for payback Thursday when they host UConn, the only team to beat them last season.

-Big win for the Cardinal: After beating USC, Stanford took care of UCLA Saturday 22-13 as Christian McCaffrey rushed for 138 yards, bringing his three game total to 436. Stanford has another huge test Friday, traveling to Seattle to take on #10 Washington, another hurdle to be jumped if David Shaw wants to win the PAC-12.

-Should Jimbo be worried?: After getting ambushed at Papa John by Louisville, Florida State rebounded with a 55-35 win over South Florida last weekend. A win is a win, but 35 points to the Bulls? Seems a little high, as the morale of the Seminoles defense is still a bit fragile. Perhaps a solid win at home this Saturday against a good North Carolina team may settle things down a bit, but another poor defensive performance should be a major cause for concern.

-Service Academy Update: Army’s incredible season hit a snag last Saturday with a 3 point loss at Buffalo. No bother to the Black Knights, whose 3-1 record is still pretty impressive for a team whose starting quarterback quit at the start of the season. A win at Duke Saturday may be a tall order, but we will see. Navy and Air Force face each other in Fort Collins this Saturday with both teams still undefeated, and the Commander In Chief’s trophy still in play.

We already mentioned Louisville at Clemson, UConn at Houston and Stanford at Washington as critical matchups. Here are some others for the weekend: