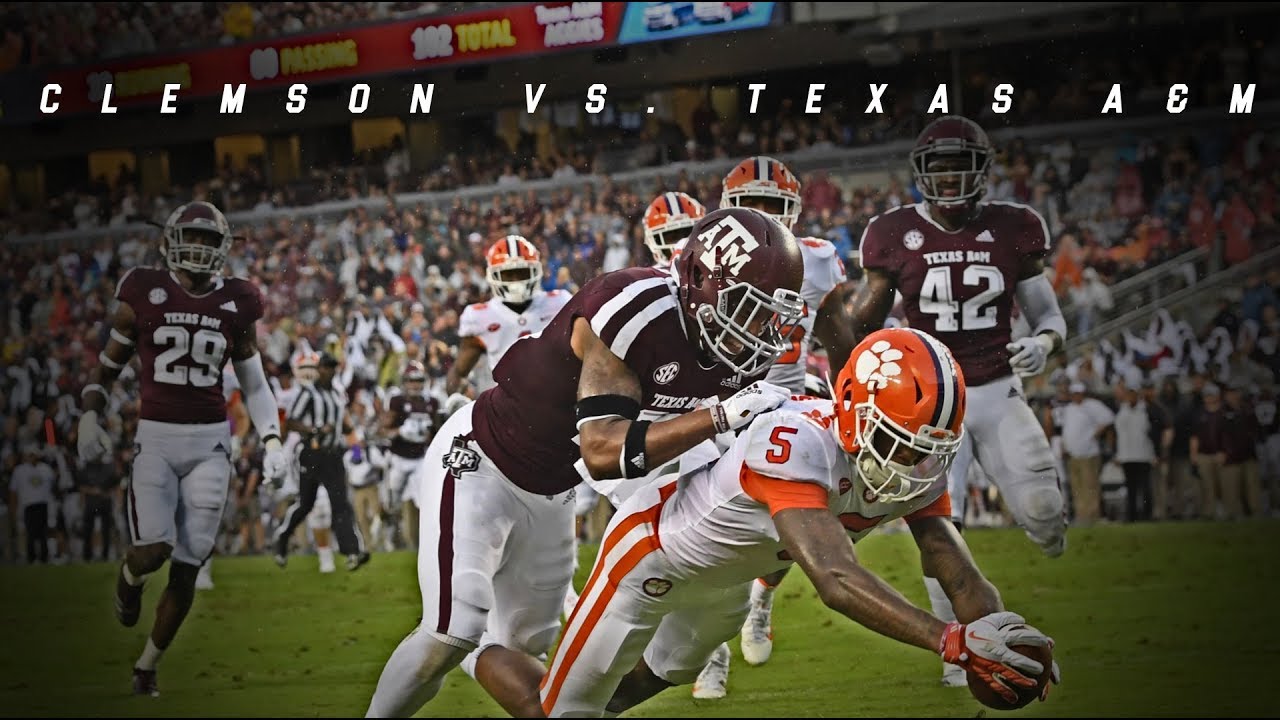 Welcome back college football fans! Another weekend is in the books, no major upsets but one National Title contender had to sweat one out. Let’s see what the guys have for Hot Takes today:

Tale of Two Weeks: Notre Dame QB Brandon Wimbush looked like a senior leader in Week 1’s win over Michigan, directing ND’s offense almost flawlessly to help the Irish with the win. This past Saturday? Not so much. Wimbush threw three INTs and the ND defense had to hold off a late Ball State charge to beat the Cardinals 24-16. Wimbush can’t have these on-again, off-again games if he intends to stay the starter. ND hosts a 2-0 Vanderbilt team this Saturday that looked pretty good in wins over Middle Tennessee & Nevada.

A close call: Clemson would like to make the National Championship game for the third year in a row, but unlike last year where they got in even with a bad loss to Syracuse the amount of great teams this season may not allow a one-loss team in. The Tigers had so many opportunities to put Texas A&M away but just couldn’t. Kelly Bryant’s late TD and perhaps an officiating mistake gave Clemson a 28-26 win that keeps them on the straight and narrow. The Tigers have Georgia Southern at home before diving into the conference schedule.

Speaking of College Playoffs: USC has hopes of getting into the playoffs in January out of the Pac-12, but their offense was putrid in a 17-3 loss at Stanford. Bryce Love rushed for 136 yards for the Cardinal and the USC offense was at a loss as Freshman JT Daniels was sacked four times and turned the ball over three times. The last time USC was held without a TD was by Washington in 1997. Gets no better for USC as they head to Austin for a date this Saturday with Texas.

On the Rebound: Penn State struggled last week with Appalachian State, particularly on defense. This past Saturday, James Franklin got his Nittany Lions in line with a convincing 51-6 thrashing of Pitt on sloppy Heinz Field turf. Trace McSorley had two TD threw the air and one on the ground as Penn State rebounded from App St. lathering them in the second half to hold the Panthers out of the end zone. This week is their final non-conference game against Kent State before jumping into the Big 10 schedule.

Academies Update: Army is 1-1 after a 38-14 win over Liberty at home, while Navy had to score 13 points in the fourth quarter to beat Memphis 22-21. Air Force lost 33-27 to Florida Atlantic giving up almost 500 yards passing. So all three academies are 1-1. This week Army is home to Hawai’i, Navy hosts Lehigh and Air Force is at Utah State.

Georgia Proves Their Doubters Wrong: The upset pick of the week from a lot of experts was South Carolina over Georgia. It wasn’t that they doubted Georgia’s talent, but simply thought that South Carolina had home field advantage and were riding on the momentum of successful previous seasons. Needless to say, Georgia squashed any dream of an upset fairly quickly. While it was close in the first half, Georgia really laid it into them in the 3rd quarter and came away with the 41-17 victory.

Aggies Fall Just Short: As Scott mentioned above, Clemson defeated Texas A&M on Saturday and while it may be Clemson who will go on to be the playoff team, the Aggies proved that they were a force to be reckoned with. While many expected the Aggies to hang with Clemson for a little while, I don’t think anybody thought they would take them to the absolute limit. That’s just what they did though, as QB Kellen Mond had the game of his career so far. He was a two point conversion away from sending it to overtime. While the Aggies didn’t get the win, they definitely proved they will be a force to be reckoned with in the SEC this year.

Gators Streak Is Snapped: Another SEC game that grabbed some headlines this weekend was the tilt between Kentucky and Florida. The tale of this rivalry, or lack there of, for the last three decades has been Florida winning every time. The streak had reached 31 in a row, with more recent contests being much closer than back in Florida’s glory days. For Florida’s new head man, Dan Mullen, it is expected that he keep this streak alive for many years to come. Well, in his first opportunity in the series he failed to do so, as the Wildcats defeated the Gators 27-16. The Gators will come back from this but it might be a long year in the Swamp, while this could fuel Kentucky to maybe contend with Georgia in the East.

Kylin Hill Emerges as Potential Star: Coming into Saturday’s game, every Mississippi State fan was looking forward to the season debut of QB Nick Fitzgerald, after serving his one game suspension. As Fitzgerald did play very well and they are excited he’s back and healthy, State fans were most impressed by the incredible performance by RB Kylin Hill. The sophomore managed 211 rushing yards with two touchdowns, while was also having a receiving touchdown in the 31-10 victory over Kansas State. The way he physically dominated the opposition shows major star potential for this Bulldog.

Spartans Fall in Tempe: It surprised many this off-season when Herm Edwards left the desk at ESPN to go back to the sidelines for Arizona State. Once he decided to make the move though, many were excited to see what he could do. I would say through two games it has been more than a success. They were able to take care of business against a very good Michigan State team. Michigan State on the other hand has struggled mightily through their first two games and are incredibly lucky to be 1-1 right now. Maybe things will turn around for the Spartans, but they are far cry from the Big 10 contenders they were supposed to be. For Herm and the Sun Devils though, hopefully for them this the beginning of a special season in Tempe.

Here’s a look at the intriguing games this weekend:

Podcasts Uncategorized You Know What That Means: An AEW Podcast

You Know What That Means: An AEW Podcast #18: Friday the 13th