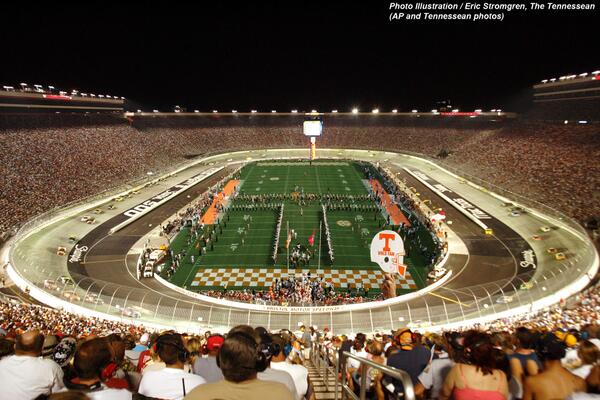 Welcome back college football fans! It’s time for the hottest of takes from week 2 of the college football season. There was one significant upset that my partner Logan Crosland will talk about in his analysis of the weekend, but first I will give my five hottest takes on what was an otherwise pretty boring weekend as most of the powerhouses took on easy cupcakes en route to big wins. So I might as well start things off with the #1 team in my heart:

-Doing it right in South Bend: After the weird co-QB experiment in Austin led to an overtime heartbreaker, Notre Dame coach Brian Kelly decided to do the right thing and start DeShon Kizer at QB. It worked pretty well as ND beat Nevada 39-10 to even its record at 1-1. Malik Zaire mopped up late and still looks like he’s trying to get his feet wet. ND can’t afford mistakes this week as they host a very good Michigan State team that made it to last year’s playoffs. Kizer will be fine, but ND’s defense (particularly the secondary) has been pretty porous so far. We will see what happens this week.

-Around the black top: Bristol Motor Speedway trolled the Big House on Twitter to brag about setting the record. 156,990 came out to see Tennessee rebound from its lackluster performance in Week 1 with a 45-24 win over Virginia Tech. Joshua Dobbs only threw for 91 yards but rushed for 106 with two touchdowns while Jalen Hurd added 99 yards as the Vols took control of the game with a 24 point second quarter after spotting the Hokies a 14-0 lead. Tennessee has one more non-conference this week with Ohio before heading to the Swamp in two weeks to start conference play.

-Fear between the Hedges: After an inspired performance in a win over North Carolina in Week 1, Freshman phenom Jacob Eason started this past Saturday and got a much tougher game from Nicholls than anybody expected. The Colonels had a 14-13 lead midway through the third quarter before a long Eason TD pass and a fumble return by Lorenzo Carter wins it 26-24 for the Bulldogs. Eason finished with 204 yards with 1 TD and 1 INT.

-Big 10 disappointment: Most of the Big 10 had boring blowouts but two teams with high expectations suffered tough losses. Northwestern fell to 0-2 with a 9-7 loss to Illinois State. Next week it’s Duke and then the conference schedule. Meanwhile James Franklin’s plan to rejuvenate Penn State hit a roadblock with a 42-39 loss to Pitt and their cool vintage helmets. Maybe its karma for actually honoring Joe Paterno this Saturday against Temple.

-Hail to the…Black Knights?: For the first time since 1996, all three service academies are 2-0 at the same time. For Navy and Air Force that’s not a total shock, but ARMY???? After an upset win over Temple in Week 1, the Black Knights of West Point took care of business this past week with a 31-14 win over Rice. Will the wins keep coming? Well their next three games (UTEP, Buffalo and Duke) are all on the road, so there’s definitely losses looming somewhere, but congrats to Army West Point on their start, as many pretty much expected them to go 0-11 this year.

Ok, Mr. Crosland…the floor is yours.

-Play of the Year?: Well, where do I start with what happened Saturday in Stillwater? Oklahoma State had the game all but won, when Mike Gundy had the boneheaded idea to have his quarterback heave the ball downfield out of bounds where no receivers were in the area. This wouldn’t have been a problem if the quarterback had gotten outside the pocket before he threw it deep out of bounds. Thus, he did not and was called for intentional grounding on 4th down. This lead to a turnover on downs and one untimed down for Central Michigan and they made it count. The Chippewas QB Cooper Rush threw a deep pass of his own, which was caught by one of his receivers only to be lateraled to another on his way to scoring the game winning touchdown. An amazing play no doubt, but according to the rules official in the booth this play should have never happened. According to the rules, if the offensive team commits a penalty that results in a loss of down with no time left, the game should end right there without having an untimed down. The play that resulted from the penalty though, will probably go down as one of the best of the year. https://www.youtube.com/watch?v=xGfBnJ8cbus

-Hogs Outduel the Frogs: Arkansas was a sexy pick at the beginning of the season to be the SEC team that would surprise some people. They did just that in Fort Worth, when they surprisingly blocked a field goal at the end of regulation to send their game against TCU into overtime. There they would use that momentum to secure the victory 41-38. The defeat is especially crushing for TCU, because they had overcome a 20-7 4th quarter deficit to take a 28-20 lead with 2 minutes left. Arkansas answered and scored and successfully went for two less than a minute later to tie the game and send it to OT. There they were able to outduel the Frogs to take home the victory.

-Clemson Struggles Again: After last week’s narrow escape of Auburn, I fully expected to see the real Clemson Tigers stand up and pummel the Troy Trojans. To say the least, that is not what happened. Clemson only led 13-10 going into halftime. The Tigers would score two touchdowns and a field goal in the fourth quarter, which would prove to be the difference as they escaped again 30-24. This Clemson team came into the season with huge expectations, but if they continue to play the way they have been it could be a long season for the Tigers.

-Lamar Jackson for Heisman?: Yes, I know it is too early to be talking about Heisman favorites, but you can’t ignore what the Louisville QB has been able to do through 2 games. He had the great opportunity of playing on Friday night this week, so the college football diehards got to see how impressive he can be. He was able to score 4 touchdowns on the ground, while throwing for 1 touchdown in the air as well. Through two games, Jackson has 13 touchdowns and has made plenty of highlight reel plays. It is a little early to have a Heisman favorite, but I’ll take Lamar Jackson through 2 weeks.

-Bulldogs Recover: A week after suffering an embarrassing loss to South Alabama, my Mississippi State Bulldogs were able to get back on their feet with a dominating win over fellow SEC team South Carolina. The team seemed much more loose and ready to play than they were in week one. Nick Fitzgerald, who looked really uncomfortable in the two drives he played week one, came out with a purpose against the Gamecocks and put the team on his back. He not only threw for 178 yard, but he was able to break the school record for rushing yards by a quarterback with 195 yards. After struggling with Jacksonville State, LSU better come to play next week when the Bulldogs come to Death Valley.

Now a look at the big games for this coming weekend, as conference play starts in earnest throughout the country:

-(6) Houston at Cincinnati, Thursday at 8pm: Big road test for the Cougars as they face the 2-0 Bearcats
-(2) Florida State at (10) Louisville, Saturday at Noon: ACC play opens with a big game at Papa John with Playoff implications
-(1) Alabama at (19) Mississippi, Saturday at 3:30pm: After a ho-hum win over Western Kentucky, the top-ranked Tide must ramp up for a huge game at the Grove
-Mississippi State at (20) LSU, Saturday at 7pm: LSU needs to make a home statement in conference after a win over Jacksonville State quells no tension in the Bayou
-(12) Michigan State at (18) Notre Dame, Saturday at 7:30pm: The Irish need this big national win to get back into the Playoff discussion. Hopefully MSU doesn’t throw much against that porous ND secondary
-(3) Ohio State at (14) Oklahoma, Saturday at 7:30pm: This is do or die for Bob Stoops if they expect to make it back to the College Playoff