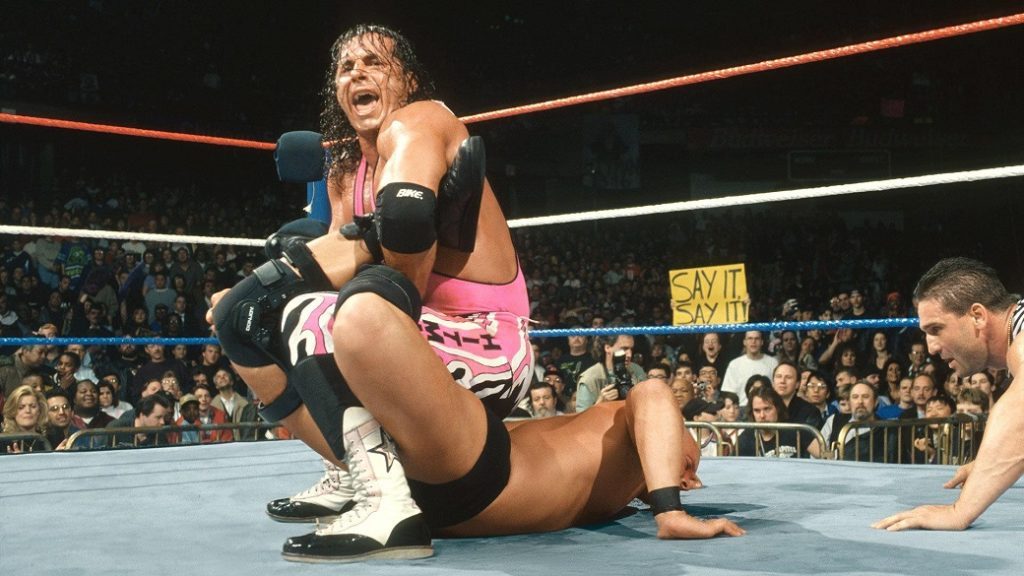 Question: What is your favorite Bret Hart match of all time?

Kevin E. Pittack: WM 13 is a given, but I absolutely love his IYH 5 match against the Bulldog.

Joe Johnson: WM VIII ICCM against Piper. First Bret match I remember and loved his style with his combination of moves.

Logan Crosland: I’m sure this will get said a lot but I’m going to go with the Submission match with Austin!

Paul Kilburn: vs Piper at WrestleMania VII. Great interview before it through to the great finish. Austin at Mania and Bulldog at In Your House 5 would be the other ones.

Donnie Anderson: WrestleMania 13. The double turn v.s stone cold which made him a superstar. Hart became a top heel. Also began attitude era. All this happened in 1 match.

Jamaal Artis: SummerSlam 91 because they finally gave him the singles push he deserved…Plus Hart/Hennig matches from ’89 Prime Time are underrated.

Arnie Johnson: vs Bulldog at Wembley. Others not mentioned – I like the Owen cage match & the Hakushi & Jean Pierre LaFitte matches from IYH too. As the Foundation, the Demolition 2\3 falls match.

Kevin Richards: Bret v Piper at WM8. Must’ve watched it more than any other match throughout the years.

Sellers Stephen Norris: vs. Mr. Perfect for the IC Title. First time someone had ever kicked out of the Perfect Plex.

@s1rgoth: I love so many of his matches but my favorite is Bret vs Owen Cage Match.

@AaronOMeara: Owen. There’s an argument there that his greatest matches are ones where he put others over. That WrestleMania X match is perfect.

@toddweberguitar: Damn. So many great ones, but I think the Mania Piper may be my favorite because it’s a miracle he got that out of the Rowdy Scot.

@Mayafacetico: vs. Austin at Survivor Series ’96. The kind of match that’s great in any building in the world at any point in time.

@allan_cheapshot: Steve Austin vs. Bret Hart WM 13 has to be #1. The most amazing double turn I think we’ll ever see. Others inc. Bret vs. 123 Kid from RAW 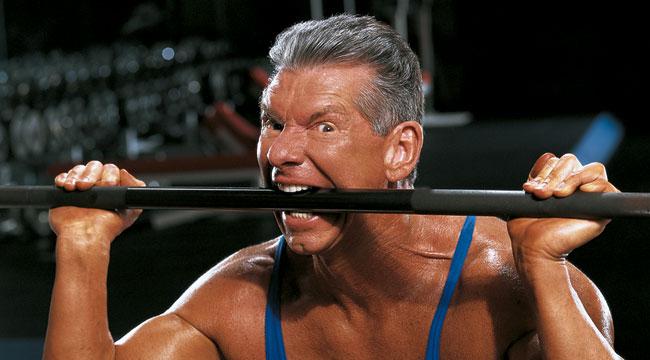 If you could have lunch with and interview any wrestling personality ever, and it was guaranteed that they would be open about their career, who would it be?

Michael Ingo Gutenberger: Vince is the obvious answer and has already been said.
Therefore I’ll say HHH. Would be a great talk about his alleged politicking and his rise to where he is now.

Rob King: Jim Cornette as long as there was the rule that he could not discuss any of his political opinions.

James Derbyshire: Aside from the obvious, Vince, Taker would be my pick. He’s been around through all the eras and has rarely spoken out of character. Must have a million interesting untold stories.

Jason Martin: Andre the Giant. I was just out off high school and was a sports writer with my local paper and Mac McMurry lived in my city (he was a WWF official for many years) I got to interview him and he was good friends with Andre and some of the stories he told (some we all know but many I’d never heard) I think to sit down with Andre would be my pick.

Martin Boulevard: It has to be Vince. So many interesting stories about people, business strategy, wrestling psychology. Imagine just talking to Vince about what he likes in wrestling matches.

Dustin Motley: Vince is obvious but I’ll go along those lines
Paul Heyman. He has a brilliant mind and I bet he has some crazy stories

@wilkysox: Macho Man Randy Savage, so much unanswered with him that would be great to talk about.

@At_DGC: The only answer to this is Vincent Kennedy McMahon.

@Sports_Casters: VKM is an easy answer but I think Pat Patterson could be sneaky better. Career spans both McMahons 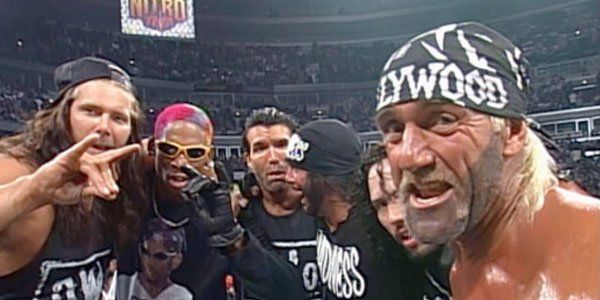 If you could have had the booker role in any promotion or territory in any year in history, which would choose and why?

Andy Halleen: I’ll say 1995 New Generation. I loved it as a kid, but looking back, the Million $ Corp was a huge turd that really stunk up a whole year plus, til they scaled it down to just Kid and Sid as a tag team. That’s just the start.

Nick Duke: Southpaw Regional Wrestling. I would have checked the damn calendar.

Mark Fuentes: 1978 WWWF to keep the belt on Graham and turn him face. Would love to have seen him face Patera, Ladd, Koloff, etc

Justin Gerhardt: Probably WCW in 97 or 98. WWF immediately after KOTR 93. I would have definitely given Savage the run he wanted with HBK.

Mister Ooh-La-La: WCW starting at Halloween Havoc 1997. I would’ve split the WCW roster in 2 between Nitro and Thunder (and kept Nitro 2 hours). Restructure Hogans deal so he no longer has control over other people’s programs and has incentive to build for the future. Start penalizing those who habitually miss house shows.

Dominick Violi: 1987 Crocket so I could keep the company afloat.

Matthew Drysdale: WWF 1999. I would have saved wrestling from sports entertainment.

Charles Russell Alloway III: Mid 1980’s NWA/JCP. Would have made Ronnie Garvin a more believable World Champ. Also would have given “The Enforcer” Arn Anderson a long reign as World Champ.

Greg Phillips: 1997 WCW. Just an embarrassment of riches from a talent perspective, an unprecedented blend of legends, top stars in their prime and young guys destined for greatness.

Dustin Motley: TNA. At anytime. Build up the homegrown talent and showcase them instead of ex stars.

Kevin Hall: 83-84 WCCW. They had the talent and the excitement to push the envelope with a WWF style national expansion, but Fritz was too old-school minded.

Jason A. Martin: Pre-Sinclair ROH. Best roster in the world, try to keep some of these guys from leaving, and build the company to a national brand.

Jay Hinchey: One I think I’d do is WCW from early 1999 to 2000. The one thing I ‘d change is the nWo reunion and the whole Fingerpoke of Doom angle. Plus have Bret Hart be treated a lot better than he was in WCW. Also, TNA in 2010. Not having Hogan’s pals around and AJ Styles not being a Ric Flair clone are two things that come to mind.