Neil Trama: Sting/Vader being pretty much everything it was cracked up to be and Jim Ross & Jesse Ventura did a great job selling everything on commentary. Steve Austin was also an under-the-radar MVP.

Trent Williams: Everything having to do with the Sting vs Vader match; Sting as a great underdog babyface; Jushin Liger on the show; Harley Race’s post match promo; Terry Gordy puts on a better “Oriental Twist” than Cena does

Steve Riddle: Vader was made to be an unstoppable force and Sting hung with him every step of the way; Ricky Steamboat vs. Jushin Liger would’ve been a great singles match; Madusa at her valet peak at this point; Funny seeing the Dangerous Alliance still together after War Games; Magnum TA was a good hype man that seemed pretty underutilized

Tyler Kelley: Sting vs. Vader is a terrific, iconic match that set the template for big man vs. little man matches (though Sting is hardly a little man); Steamboat and Koloff vs. Pillman and Liger; Barry Windham and Dustin Rhodes working hard and making a great babyface team 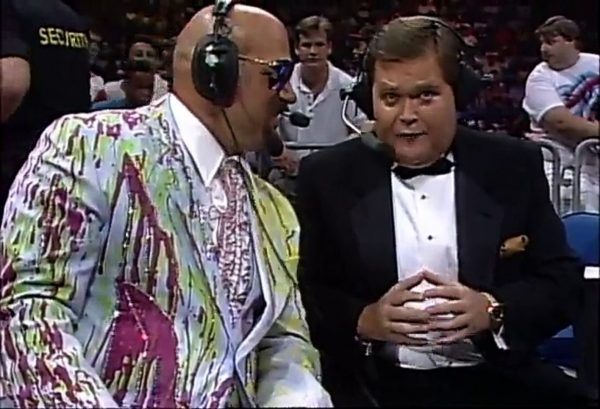 JT Rozzero: Jesse Ventura’s jacket; Madusa’s very early 1990s jacket; The long heat segment in the Dangerous Alliance match; Too much matwork on this entire show; Not enough variance in the card and as a result it didn’t get to show off the depth of the roster

Tim Capel: Nikita Koloff’s testicle-hugging singlet; The Freebirds in 1992; Steve Williams and Terry Gordy stinking up the joint; A forgettable tag tournament; The crowd (not that I blame them)

Greg Phillips: Bill Watts; Miscommunications in the opener; The entire Watts/Matsuda segment; Jimmy Garvin; The length of the middle portion of the Dangerous Alliance match; BORING-ASS DOC AND GORDY; So many slow mat wrestling segments and there was no variety in match styles; Dead crowd after Sting lost; Too many heel wins, especially in main event; Doc and Gordy not remotely over

Jacob  Williams: The bland Bill Watts interviews; Tag Tournament feeling heatless; The sleepy crowd; Boring/meaningless/overly long restholds that don’t contribute to the match; Not finding a way to break up the tournament matches; Dr. Death; The ending of the show; No Steiner Brothers match

Neil Trama: The tournament was a preposterous overblown backdrop to the World Title match, effectively killing the crowd. It was almost as if they were watching a tournament where they didn’t care about the stakes. Oh wait. And then they booked a HEEL WIN!?!

Stacy O’Loughlin: So much; A show full of long, interminable tag team matches; No variety on the card; A dead crowd; Doc and Gordy sucking; Hash not murdering anyone

Tim Slomka: Last two matches ending with heels winning dominantly, I can’t think of another PPV to end that way. The double feature during the Dustin Rhodes closeline and pinfall. Terrible matches from Steve Williams & Terry Gordy that just killed the crowd, which listening on headphones actually were a good Georgia crowd besides those matches. Not having the Steiners being involved in the tournament on PPV.

Trent Williams: The Steiners’ t-shirts during interview. Too many long, slow, & methodical matches that were worked too much the same way. They could have cut two match times in half and put in two more non tournament matches. Terry Gordy and Steve Williams working as methodical mat experts for every match instead of showing off their power and brawling. If it weren’t for Sting vs. Vader this could be an all time worst wrestling show.

Steve Riddle: I like tournaments, but they could’ve cut the quarterfinals out and just done the semis and finals while balancing the rest of the card; How do you leave your hottest team in the Steiners off this show?; Never a good sign when the best match of the tournament is the first one and they get  progressively worse throughout the night; I find Terry Gordy and Steve Williams slightly overrated and Dustin Rhodes and Barry Windham should’ve won in the end.

Logan Crosland: This was not a good night for outfits, just absolutely terrible trunks, jackets, and t-shirts all over the place. The crowd was pretty dead and terrible all night. Terry Gordy and Steve Williams are pretty boring as a team to me. Having the Steiner Brothers on the show but not in the tourney.

Tyler Kelley: The tag team tournament killed any variety for the show and completely burned out the crowd, so even the well-worked matches were dead. Way too much stalling in most of the tag matches, with the worst offenders being Terry Gordy and Steve Williams. I’m not familiar with their Japanese work, but they bored me to tears during this show. Closing the show with two big heel wins was also a bit questionable. 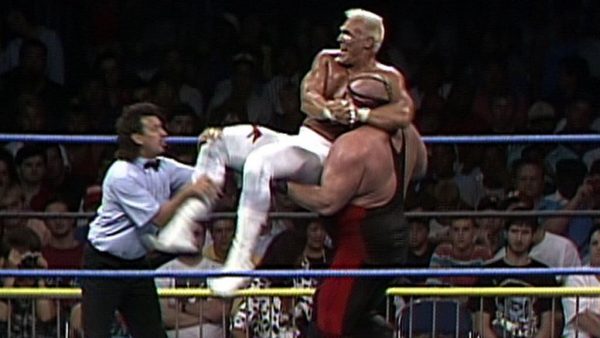 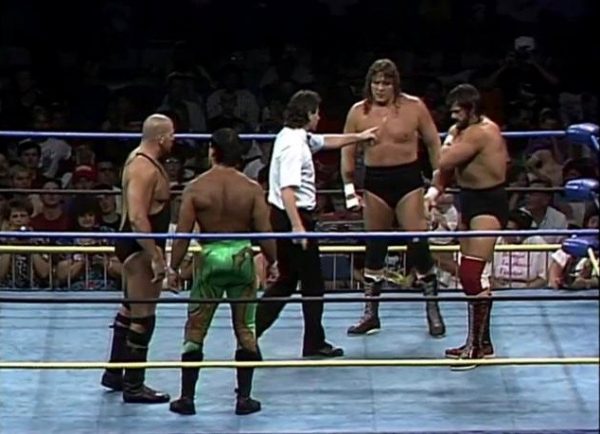 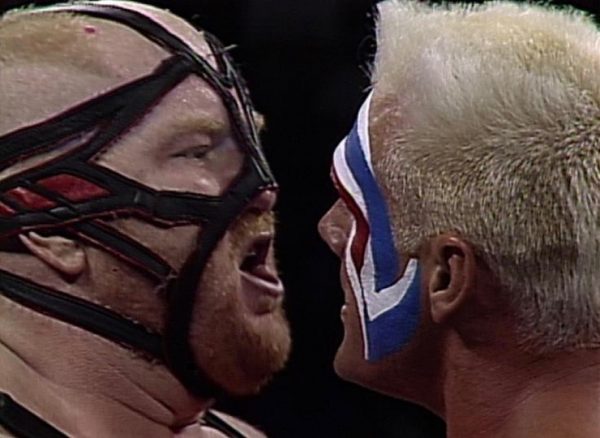 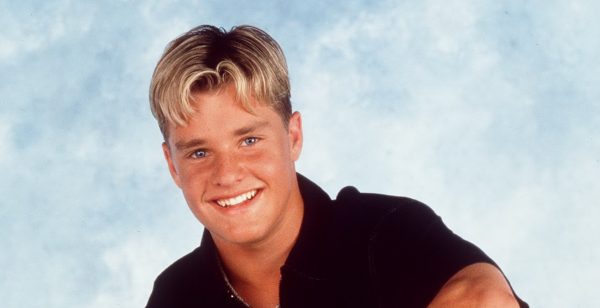 Jacob Williams: “Can they go home if Doc and Gordy promise to wrestle for Bill in his bedroom?” – Stacey O’Loughlin

Stacey O’Loughlin: Greg Phillips getting “1992 Bill Watts” as an address on Google Maps via the Facebook Messenger application

Tim Slomka: “Or Green Day’s Dookie, appropriately enough” – Tim Capel on the font on the back of Rick Rude’s tights