Genesis is getting lots of praise for its unique art style and storytelling, which is largely thanks to the one-of-a-kind style of artist Alison Sampson. Sampson, who works as an architect in the United Kingdom, is new to comics as an artist, but has loved the medium for a long time and has a few new projects coming up as follow ups to her first major comics work. Alison recently took a few minutes with Place To Be Nation’s Russell Sellers to talk about her comics career, working with Nathan Edmondson and other big name comic creators and the increased of female creators in the industry. 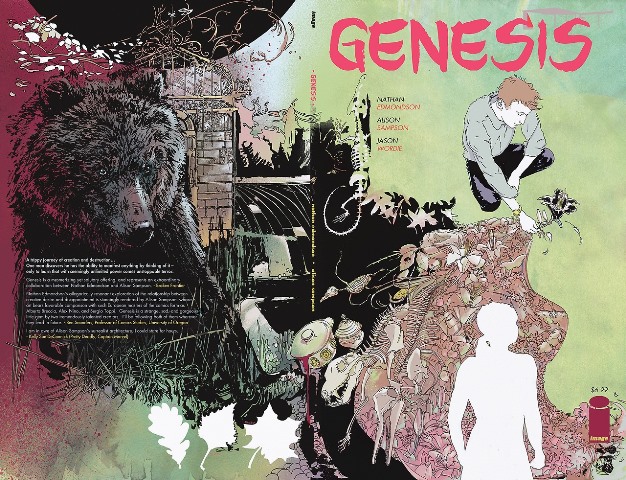 Russell Sellers: Alison, you’re a relative newcomer to the comics scene and some people might not be familiar with your work. What is it you do outside of comics and how did you find yourself mixed up in this crazy world?

Alison Sampson: I’m a chartered architect working in the UK. I read Watchmen one day (relatively recently) and decided to look further. One thing led to another.. led to another.. and then Nathan asked me to draw Genesis, and I said yes.

RS: What attracted you to the comics medium? Is it something you’ve loved for a long time or is it a recent development?

AS: I’ve liked the thing (that) comics are for a long time- the words and pictures working together thing, but my relationship with comics per se has been on and off (largely off). I read Asterix and 2000AD when I was little, but have only relatively recently come back to comics. I never had access to American or Japanese, or the wide variety of European comics before the internet opened up the possibility of being able to see such things, for me, in the last five years.

RS: Let’s talk Genesis for a minute. It’s a really complex piece with lots of intricate transitions that feel both chaotic and yet meticulously organized, too. Can you describe your process for that project and what inspired the look of it?

AS: I got the script very gradually (over a fifteen month period), made thumbnails, layouts, researched the panel content and drew it. I inked it myself and found Jason Wordie to color it, and then I worked closely with him. I can’t really say a lot more than that, but I drew what I felt was appropriate to the story. I had a lot to pack in and some things had to be drawn very small. The comic is very much a piece of engineering, and if it is elegant, so much the better. 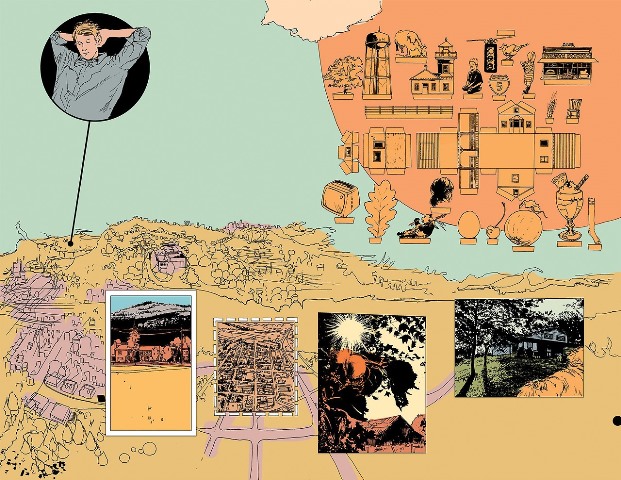 RS: When Nathan Edmondson pitched the story to you, what were your first thoughts about it?

AS: This sounded like my cup of tea. I loved the idea of transformation and that this would likely include some quite odd art and, of course the theories of creativity are something we look at when we study architecture. I like the way the ideas sounded almost like Ovid’s Metamorphoses- these tales are very attractive and remain popular today. Nathan pitched the logline, not the story as it has turned out to be. I was open to making an experimental story, but I did not know what it was till I finally got all the script. Nathan does a good story and I took a bit of a chance on that.

RS: What does the story of Genesis mean to you personally? Is there one panel in it you can point to and say that it resonated with you on a deeper emotional level?

AS: I can’t say. I’m far too close. My mum and best friend died while I was making the work, it was a long, difficult and lonely process (you wouldn’t think it for such a short book, but it was). We start in the first panel with my childhood bear, Wobbly, and end the story with a reference to a beautiful building by Eero Saarinen, referencing my life’s work (and it’s a non-denominational chapel).

The art is drawn in a way that is personal as possible, given I’m working with someone else’s script. This is not only the first time I’ve owned my own work but the first time I’ve been credited for it- that’s a pretty emotional thing for a creator, with a lifetime of built work, in their forties. In terms of content, the book talks about issues of creation, but it’s probably much easier to look at these from the outside looking in, rather than through the eyes of the creator, inside looking out.

RS: What was the process like between you and Edmondson? Did he have panels and scenes already mapped out or did he leave a lot of that in your hands? What was his reaction when he saw those first pages?

AS: Nathan gave me a concise script, with about a line of description per panel and the dialogue (a fair amount of the dialogue was changed/ added to when I’d completed the art). It did not (except in the odd instance) describe page layouts or shots and there were no links to images. Any comic script does map the book out, but this felt minimal- in a good way. We never talked about the story or art once the script started to come in. I made the pages, worked closely with Jason and Jon, and then later, I put the book together. Here is the first snap I sent, of a penciled page, to which Nathan’s response was “WOW!!”!

RS: Looking ahead to future projects, do you have anything we should be on the lookout for and if so what can you tell us about it?

AS: I’m drawing a project called Winnebago Graveyard with Steve Niles. I don’t want to go into too much detail on it, but the story (and work) is very exciting. 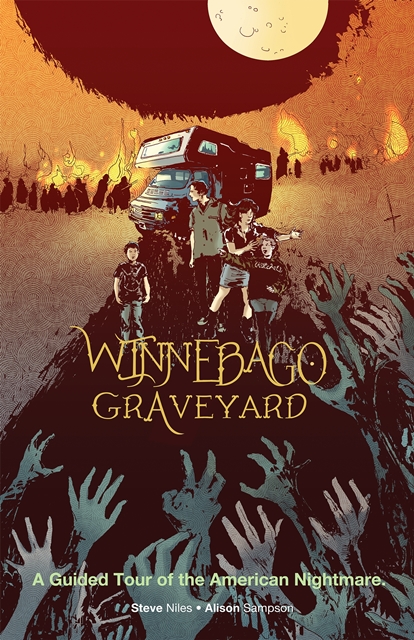 RS: Is there a writer that you’d really love to get the chance to work with and if so who is it and why?

AS: It was actually Steve who I had at the top of my list. Otherwise there are quite a lot of people I would like to work with. John Arcudi, Joe Harris, Justin Jordan, Corinna Bechko, Santiago Garcia (he wrote David Rubin’s Beowulf), Steve Orlando, Jeff Parker, Ales Kot. Christopher Sebela.  Lots of people. I’ve liked working with Nathan. There are also a few people who make art who I’d like to work with on a collaborative project.

RS: As the comics business is largely superhero driven, if you were given the chance to work on any superhero at any company, who would it be and why?

AS: I really like designing and making my own work and reaping the rewards for it- as a designer, I add value. However, if it was, say, Marvel, we are talking about, I’d say Sue Storm. She’s underused, just about on every level. I can identify with her, she must be bored to death, she’s bright, connected, she’s the center of a family (what a life!), and she can do amazing, visual, weird stuff with her mind. She’s a bridge between incredibly fantastic stories and a true to life domestic existence. What’s not to like? What an amazing, visual, weird, (grounded!) comic she could be the center of. This would be me fitting a character to my style, as opposed to my fitting my style to something else. I also like Vampirella, but I need to get Winnebago Graveyard done first.

RS: Lastly, there aren’t a lot of women creators in the main stream comics world, unfortunately. There are lots of talented women artist and writers, though. What is it that encouraged you to try and break into this business, that can often be seen as unfriendly to female creators and what would you say to a little girl who maybe loves to draw her favorite comic characters about being part of that fandom?

AS: I didn’t try to break into the business. As far as I understand it, you either make comics, or you don’t, and these may be better, or worse, business. There may be gates, but there are no fences. I have been encouraged by everyone I’ve met in comics, and by retailers, and now readers. I liked making the art and putting the comic together, and I still do. Whilst not denying there are problems with how women are treated, I don’t think it is helpful for me to focus on these. Rather, I need to focus on making the art the best I can, and get it out there (this latter bit is important). I think fandoms can be very positive experiences. It’s important for children and teenagers (and everyone really) to do ‘their’ thing creatively, and that is what I would encourage.