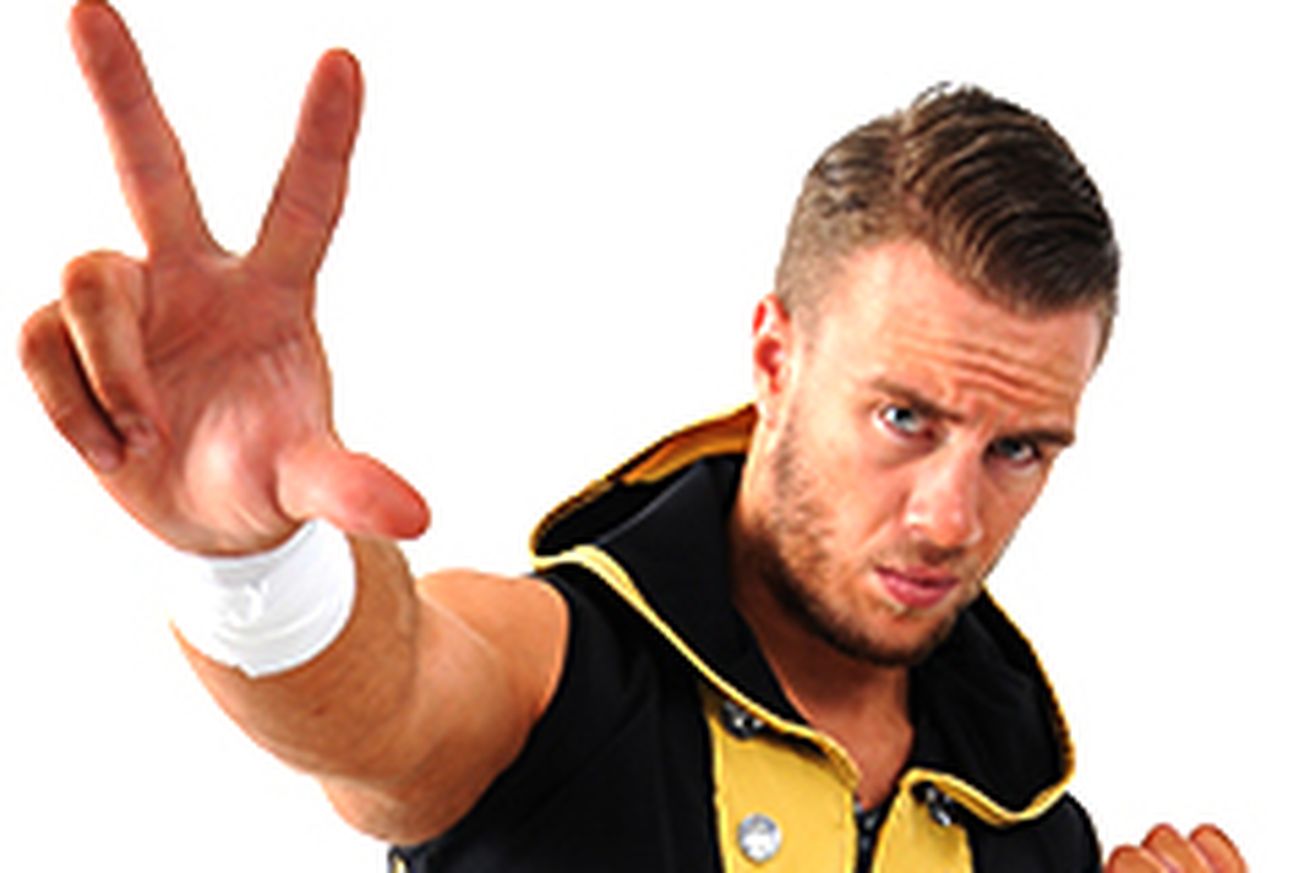 I was 23 once. I don’t know if it is the realization that I am not the young kid on the block in the corners of the internet in regards to wrestling that I frequent. Perhaps it is the ever heavy population of gray hairs, the perpetual squeals of “Oh Toodles” that frequent my weekend mornings or the fact that I will be 30 in a few short months. Either way, age is something that I am thinking about more and more these days in relation to the parallel between age and acomplishment. Will Ospreay competed in the biggest match of his sub five year career on June 7, 2016 when he became the youngest Best of Super Juniors winner against Ryusuke Taguchi in a tremendous match. Right now, the wrestling world is his oyster.

Ospreay has had a meteoric rise among the ranks the past couple of years. First, it was as the breakout high flyer in the ever budding European independent scene. Ospreay was put in a position to have dynamic showcasing matches and he delivered with breathtaking success. From there, he was asked to accomplish a more serious tone as a main eventer in shows against AJ Styles, dethroning Jimmy Havoc and anchoring a feud with Marty Scurll. That was enough to gain Ospreay a lot of traction among the hardcore niche that scour wrestling twitter and look beyond Monday nights for wrestling entertainment on a given week. The past two months since WrestleMania weekend have seen the biggest increase in awareness for one indy star since Low-Ki and American Dragon dazzled a crowd in the Super 8 tournament on a cold February 2001 night. Ospreay shined in the WWN live events over Mania weekend having standout exchanges with Zack Sabre Jr., Ricochet and Kota Ibushi. The critics of those matches pointed to the selling as being subpar. Ospreay then displayed great selling in his New Japan debut a week later against IWGP junior ace, KUSHIDA. Form there, his striking was questioned and once again Ospreay has set out to debunk that theory with increased stiffness in his output since the KUSHIDA match.

News eventually got out that Ospreay signed with New Japan and was going to be a part of the Best of the Super Juniors tournament. This provided a great avenue to see Ospreay in an environment against a variety of opponents. I have personally watched every BOSJ match that has made tape. Ospreay’s BOSJ tournament has been a roller coaster ride in varying degrees of quality. There are moments where he has looked like the best wrestler in the world and also moments where his age and inexperience breaks through the prism.  Whereas his matches with Trent Berretta and Tiger Mask IV disappointed me to varying degrees due to me not thinking they had enough connective tissue or storyline elements to them, Ospreay shined in his matches vs. Liger and a spotfest centered affair against Volador Jr.

That also leads to THE MATCH. I wrote an article a few months ago about the crossroads I was having as a fan. One of my primary concerns was the brevity of debates in the social media landscape and how previous historic matches that would be debated and discussed for prolonged periods of time due to tape distributions are now forgotten over a long weekend. I was delighted to see this wasn’t the case with Will Ospreay vs. Ricochet. Much of the debate has raged over how historic this match is and whether even that distinction can be parlayed on that match immediately after the fact. There is no denying that this particular match has sparked interest and raised the quality of conversation and debate with modern wrestling and the place where Ospreay fits in. That overall is a success regardless of where your opinion lies on the quality. I personally find the match to be brilliant and a stunning display of amazing athletic ability intertwined with a sense of a showmanship that elevates the confines of the contest beyond an exhibition. Ospreay does display some childish qualities in the match and why I would nitpick against a ***** rating for the match would revolve around the ending of the “GIF spot” and the spot calling/character development of Ospreay.

Ospreay has all the tools and would be a blue chip prospect if you were drafting a wrestling roster today. He has a good look, he has a unheralded offensive arsenal and he also has shown that he can strike and sell when called upon. The one final key piece missing is his identity. In life, it becomes a cruel joke that our identities are often times found when other aspects are regressed. When I was 23, I was extremely self-assured of myself and was confident in the life plan that I wanted to accomplish. I had the energy and time but not the foresight. Now as I edge toward 30, that has reversed. Will has all the athletic gifts but as we have seen time and time again, those can’t be taken for granted. Daniel Bryan found himself at a creative peak on an unbelievable stage and then his body betrayed him. Ospreay already has back issues which can be concerning for someone so young. It is apparent that he is learning to tone down stuff in the multi-tag and build up structure in New Japan so he can go all out when called upon on the big stage. My hope that this toning down will result in more defined character work and interplay within the match. Ospreay’s character currently is hard to pin down. He is brash but also kind of a goof that you don’t take seriously when he yells explicit insults to his opponent. Having a well-defined character will only add to the aura and attractiveness of Ospreay and could turn some of his critics into proponents.

Looking back at wrestling history, it can be impossible to trace who will become a huge star and who will not. All I will say is that in regards to Ospreay, I have watched almost all the major matches from the 1990s. Young Eddy Guerrero had flaws. Young Rey Mysterio had flaws. In many ways, they weren’t all that dissimilar from the things Ospreay falters at now. He is still 23 years old. Time right now is on his side and it appears that New Japan is ready to give the reigns to him to one degree. I don’t know whether 15 years from now, Ospreay will be one of the biggest stars of the past decade but it is incredibly exciting to see something with potential unfolding right before your eyes. Ospreay in a sense is a hope for the modern fan that can be a forefront of the defining style of wrestling for the next generation. No one is universally praised in wrestling, but Will Ospreay is someone that screams special.