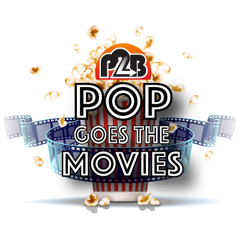 Pop Goes the Movies starts up the Fall Film season with the anticipated sequel to the Stephen King adaptation. It, Chapter Two has the Losers Club returning after 27 years to go after Pennywise again. Scott Criscuolo and Jennifer Smith break it down and give their thoughts on the epic sequel and the possibility of a “Chapter Three”. So after seeing the film, check this out and see if you agree!