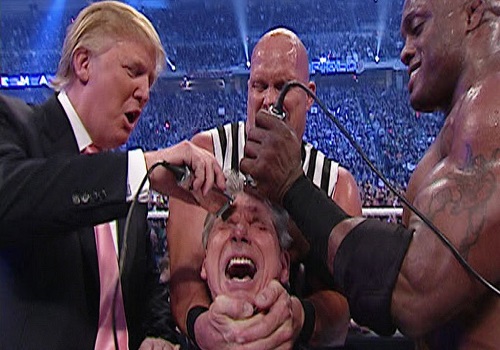 Does anyone else’s card contain the current #1 heel in the World getting physical with Vince McMahon? 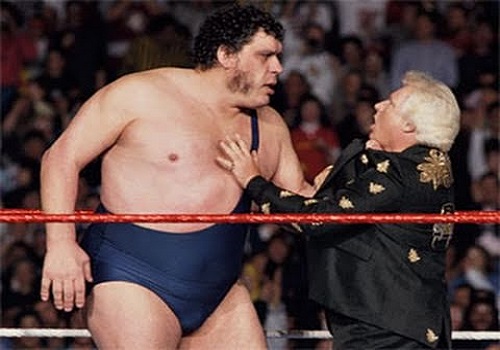 At this point in my draft I tried to load up on “memorable Mania moments,” and Andre’s last hurrah is a big one for my childhood. I’m also a big mark for Haku, and I’ll never apologize for that. Heenan getting whooped and bouncing around the ring also never disappoints. Technically breaking my rules for repeating a tag title match, but I’ll live if it means I get Andre’s last moment of glory. 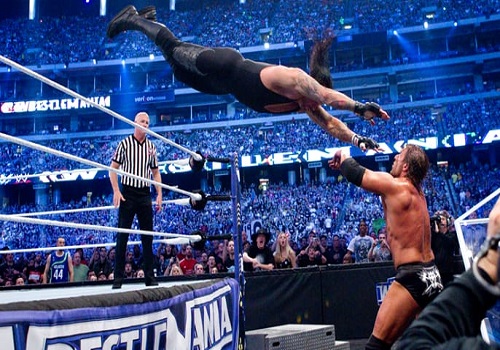 I love all of the End of an Era Streak matches, this one especially as it continues the story laid out by the Shawn matches so beautifully. Shawn put Flair down, Taker put Shawn down, now Hunter *thinks* he’s going to put Taker down. The nearfall he gets off the Tombstone is probably the greatest nearfall in wrestling history and Hunter selling it is the best 15 seconds of his entire career. 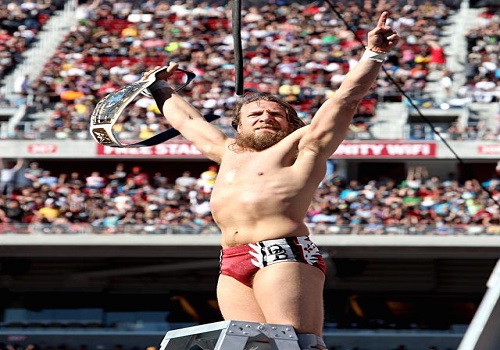 I wanted Daniel Bryan on my card, and this was his last great moment, a tremendously paced ladder match with some of the best young talents in the company, for the traditional workhorse championship. 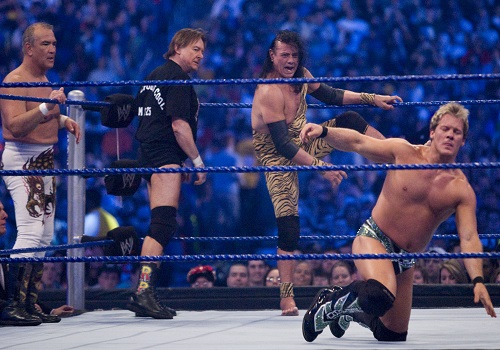 Going to start to see a theme here, as Jericho has been in a lot of good to great Mania matches that really lend themselves to be strong middle round picks. Plus with this one, you get one of the last great performances by Ricky Steamboat in addition to the post-match bit with Mickey Rourke. 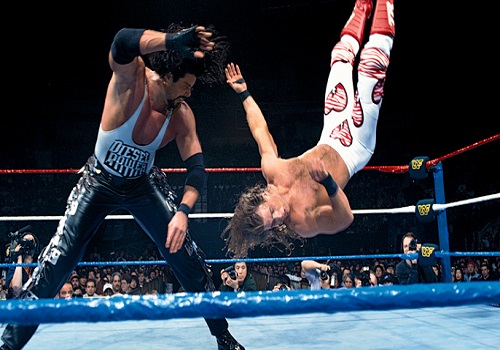 Pamela Anderson, Jenny McCarthy and Jonathan Taylor Thomas – this is about as mid-90’s as you can get on the celebrity front, and all are involved here. What a trip. For what it’s worth, this is a pretty great match, not the best between the two (Good Friends, Better Enemies!), but a perfectly competent and sometimes excellent match between two dudes at the peak of the promotion, when the promotion was anything but peaking. Sid gets involved, which is what it is, I’m happy to have Sid on my super Mania, but this match serves it purpose as a well fought World Title match with a handful of big spots here and there. It feels like a main event, but doesn’t have quite the impact of a couple of matches after it here, so it doesn’t quite main event. 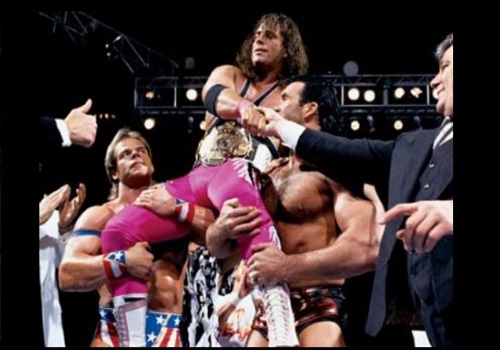 The Hitman’s second WWF Title win may not be his best WrestleMania match, but it’s fun and offers another of those classic WrestleMania feel-good moments to close out the show. 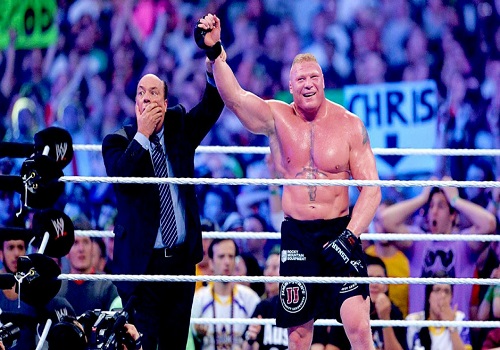 By this point, all the great Taker matches are gone. I didn’t feel like I HAD to have a Taker match, but this match provides maybe the most stunning result in WrestleMania history. A so-so match (that’s generous) that is remembered for its historic finish. 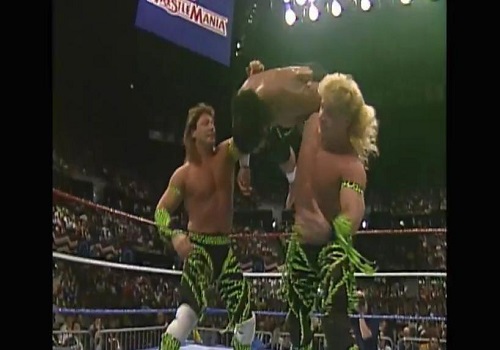 By this point in the draft I wanted a legit opener. The Rockers were at their peak as a team and the teams perfectly fit into the big team/small team dichotomy.  Haku and Barbarian are awesome and this also gets Shawn Michaels on my card. If nothing else the show is going to open up hot.

Pick #74: The Hart Foundation vs The Nasty Boys (WrestleMania 7) – Selected by Neil Trama

I would have never predicted going in that I would have to draft this weak of a tag title match this early in the draft in order to get a decent one, but here we are. Don’t get me wrong, I really like this match and I’m happy to have it as my tag title match, it’s just that I had it pegged as a round 8-10 type of pick. Still, I think the pick was worth it, since it was also my last chance to get a good Bret Hart match. 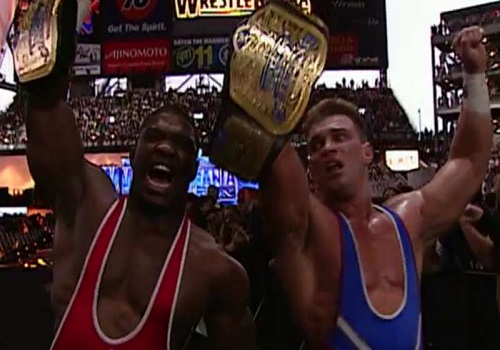 A forgotten match on a show that history almost forgot but couldn’t because of how great the show ends up being. All three teams are at the top of their game and put on a solid sprint. 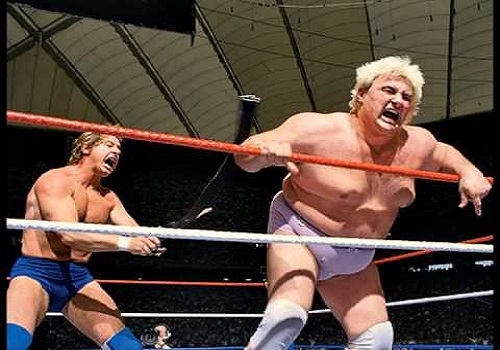 I love this match. Piper’s entrance was awesome (neglecting to take the motorized cart to the ring) and it was an unforgettable sendoff for one of the biggest WWF stars. Plus, it helped launch the “Barber” gimmick for Brutus Beefcake. I thought telling a story on a show like this was important, which is why I also chose the Dream Team vs. Rougeaus match. 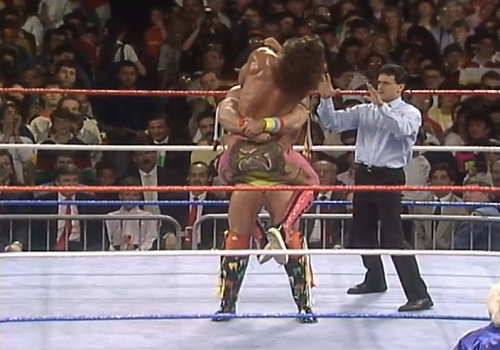 Perhaps the GOAT tights in Rude’s Warrior portrait plus Bobby’s first title win. This match pales in comparison to the SummerSlam 89 encounter but is still really damn good and displayed the undeniable chemistry these two have with each other. 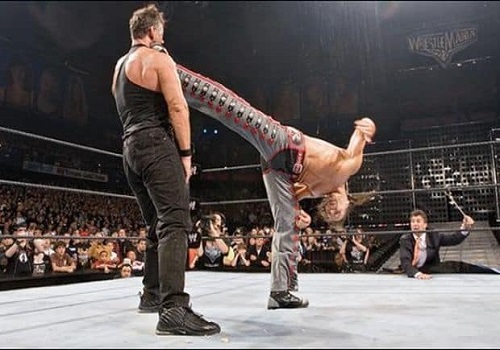 Kind of a guilty pleasure. WrestleMania somehow feels less representative without a Vince garbage brawl, and this is a worthy runner up after the one I was gunning for (Vince/Hogan) went out so quickly. And I mean, it’s still Shawn at WrestleMania. 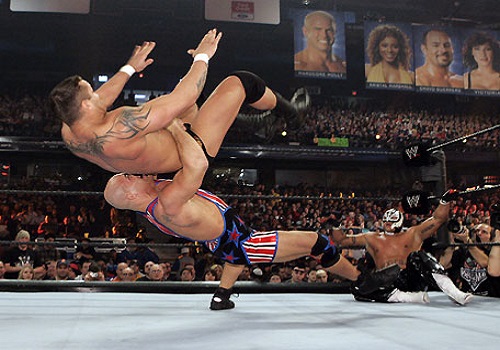 This match is criminally short and wasn’t given much of a fair shake, especially given the shaky build and how Mysterio’s title reign was handled. That said, for the time they are given, it rocked from bell to bell with all three guys wrestling like they had chips on their shoulders. It was a gift to get it at this point and I couldn’t leave it lingering any longer. 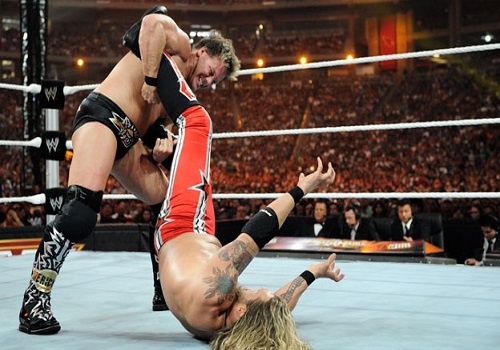 This match didn’t make the actual list but got in the mentions for List-a-Mania Hidden Gems. Also, I kinda feel like Edge would tie you to the bed and leave you there. Fear the Spear, indeed.