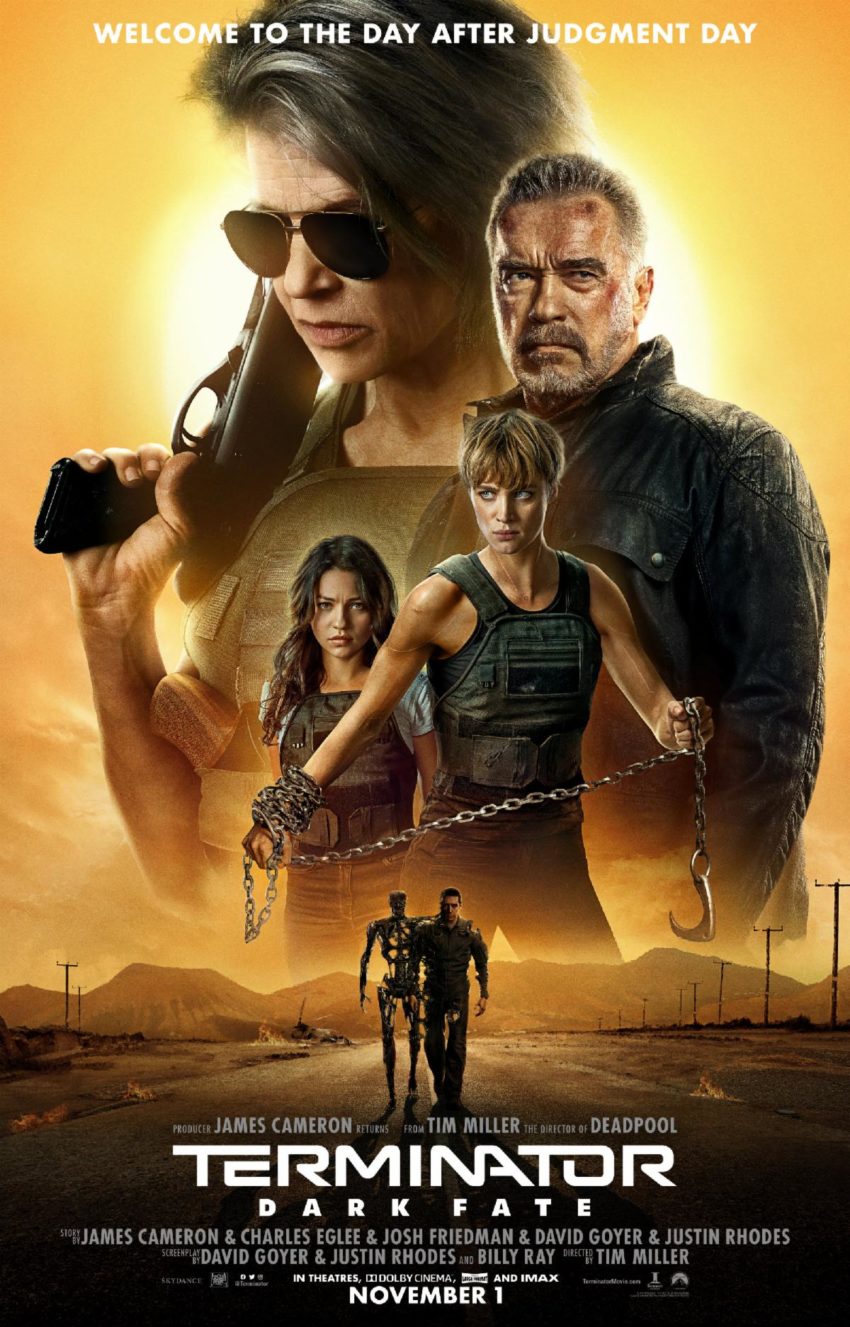 So the big news this week is the massive egg laid by legends of Hollywood and Terminator Dark Fate. Preparing to take a loss of over $120 million dollars, this could very well be the end of the franchise in the theaters. Naturally, James Cameron planned this film as the first of a trilogy, expecting it to do amazing business and for everyone to get back to kissing his ass. His trilogy could still happen, especially on the small screen with all these streaming services clamoring for content.

No, the return of 72 year-old Arnold and 63 year-old Linda Hamilton did not jumpstart the dynasty. No, the return of the King himself, James Cameron in the producer’s chair did nothing to boost ticket sales.  I wonder if this misstep will make a studio think twice about his two Avatar movies he has planned.

Terminator wasn’t so scared about not being a big hit here in America. Worst yet though, to them, they were a complete disaster in China. Overseas a film can break even if not make a little profit – but not this time, and not for this franchise. This thing landed with a dud all over planet Earth.

Are we done with this story? Has the plot when fooled around with, tinkered and let us down too many times over the 35 years since it’s debut?

We’ve had all kinds of Terminators and all kinds of John Connors, and now I think we are finally able to put this puppy to bed. I mean look how many people Star Wars upset with one single movie that was horrible. Now picture 35 years of that. People have their limits. Fans can only dig into their pockets so many times and be let down. If you put out an inferior product time and time again, it doesn’t matter who you bring out of retirement. We’re just not going to care anymore.

Speaking of screw ups – Kathleen Kennedy has done it again.  Kathleen as you may know is the new helm of the Star Wars franchise in the Disney realm. Well, for some reason talent is fleeing from her faster then stowaways on the Titanic. David Benioff and DB Weiss of Game of Throne fame were supposed to have their crack at a Star Wars movie. The two men signed a massive deal with Netflix, assured everyone they can do both, then when talks got serious about their Star Wars film with Kathleen, they both bailed.

Asked if it was creative differences or butting heads or what, the boys declared there was no way they could give Star Wars the attention it deserved, but thank you very much anyway.

Is this the real reason? Probably not. Kennedy had a few top notch directors drop out and run away from her throughout her time at the helm of Star Wars. She lost Phil Lord and Chris Miller from The Jump Street movies six months into shooting Solo.  Apparently they had a major butting of the heads.

Will Kennedy every be able to work with competent directors? Will she every learn how to helm a huge franchise? Sure she’s been with Spielberg and Lucas forever, but you know they were always in charge and calling the shots. Now she’s all on her own and she’s not doing very well, at all. Let’s hope after Eps 9 she is able to keep the huge ship afloat that Disney paid billions for.