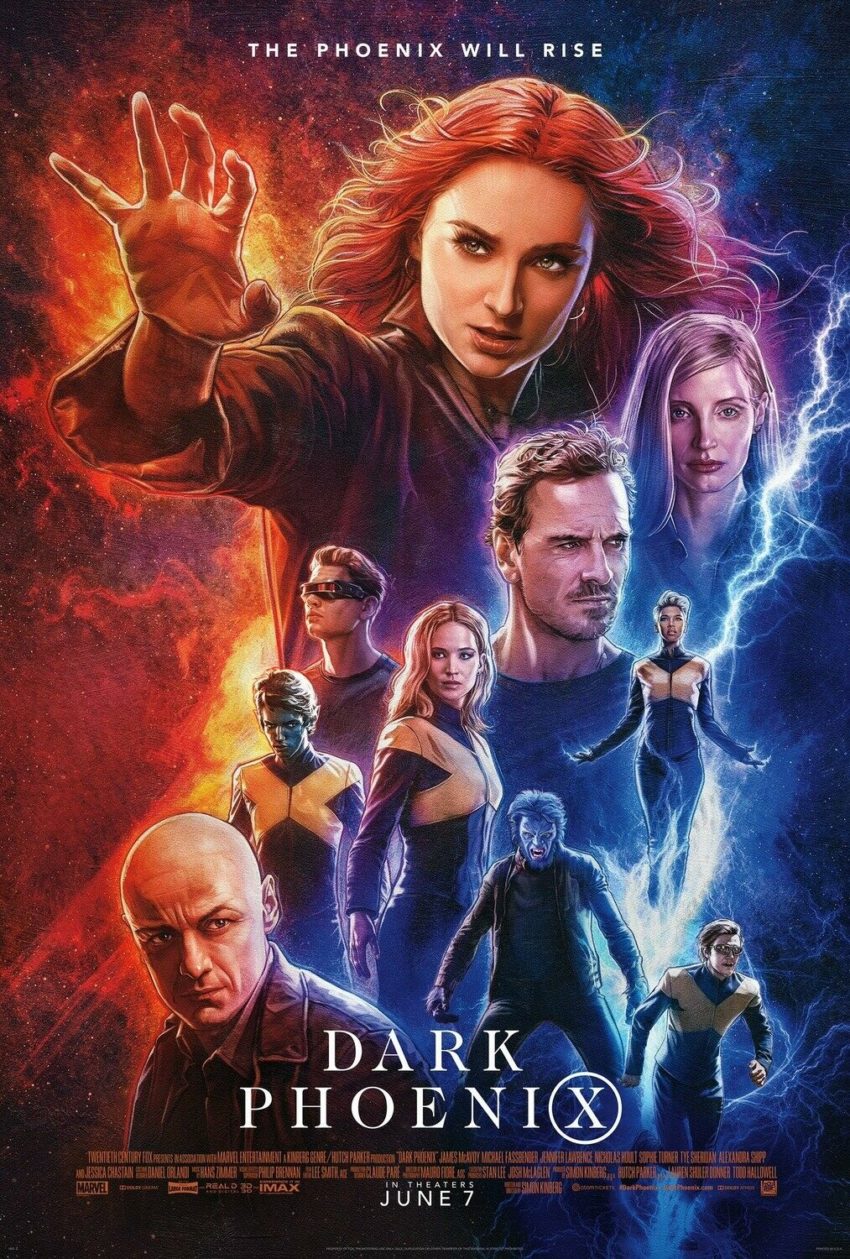 So I know this movie has been out for a while – HBO just aired it and we are going to revisit it. Nobody probably saw it the first time anyway.

Simon Kinberg at the helm for this one. Simon claimed writing and directing responsibilities. I guess you could say he is a very brave man.  As I was watching this, I was thinking of films that held a common thread with this one. In this film, I saw bits and pieces of other projects. Movies like Fantastic Four, Logan, Murder On The Orient Express and The Matrix. You know what I found out about Simon when I looked him up? He was a producer on Fantastic Four, Logan and Murder On The Orient Express. Apparently, he threw every single film he had been a part of, into this one X-Men story. Except he forgot to write the X-Men in it.

Again, as usual with the X-Men movies, this was not a team story, and we hardly knew who was who until they called their name. This is particularly true of Magneto’s team of mutants. Except Storm, she was a younger Halle Berry impressionist. Xavier, sure – Hank, sure – Cyclops, sure because he has the red thing over his eyes. Other than that I didn’t know who was who, and it really didn’t matter. This film seemed more like a goodbye homage to Jennifer Lawrence as we all heard she was a disgruntled actor working for X-Men despite her better interests at this point.

So Simon gave Jennifer Lawrence a wonderful sendoff, while confusing us with twisting plots and storylines that could have been replaced with the Ninja Turtles to be honest. And I like the Ninja Turtles.

No Gambit, no Jubilee, no Rogue, and no fun. There was absolutely not a sliver of fun in this project and thank God there was James McAvoy reprising his role to carry the load because Jennifer just didn’t want to do it anymore.

It is clear that Simon Kinberg can produce, and that’s great. His director skills leave much to be desired and his writing skills seem more like a collage of other films than one of originality. The whole thing in space where she gets her powers – Fantastic Four. It was bad then and it’s even worse now. The big train scene reminded me of the Orient Express, which was beyond magnificent under the helm of Sir Kenneth Branagh. I thought of The Matrix because of the “when you’re ready, you won’t have to” power that is within a person. I mean everything seemed regurgitated.  Which something like that is fine if he was shocked that he got the job and was given two weeks to write a screenplay and put it all together. I certainly hope that wasn’t the case. If it is, Simon, I sincerely apologize. Whether it is or isn’t, the work certainly plays out that way.

As for X-Men lore – Simon had the balls to make Prof. X the bad guy, sort of. I mean what? Has X ever been the bad guy? Cmon. Please. Let’s get the band back together. Xavier vs Magneto – good v bad – gang against gang. This was more like, Oh hey she has something that these people want, and she doesn’t know she has it. It could be a kitten or a superpower from space – it’s still not the X-Men.

Can we discuss casting for a second? Sophie Turner as Jean and Tye Sheridan as Cyclops? No good. Sophie was still acting like the Queen of the North and she overshadowed Tye both physically and emotionally in every single scene. So these two made it look like an acting workshop gone wrong. Jessica Chastain looked like something out of Hellboy and acted like something out of E.T., the casting was off. The story was like a Frankenstein story – built out of many used, sorry parts. It’s like Simon sat there with a jigsaw puzzle and took some from this film and some from that film and then I’ll have a blast with the eight visual effects companies that are gonna help me.

No matter how many visual f/x companies you employ, and even if you hire John Williams for your score, you can not cover up a bad movie. Hopefully, Simon learned this from this film. The f/x were good, by the way, and I did like the score, which just proves my point. “We’ll fix it in post” doesn’t always work.

Another bad X-Men movie, and this time, Thank God – NOT by Bryan Singer. I think Bryan has done enough damage to the brand and now it seems Simon Kinberg has picked up right where Bryan left off.

Someone call Jon Favreau, he seems to be the only guy on Earth who gets any of this.