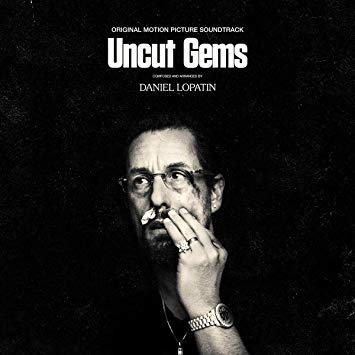 So Uncut Gems has been on everybody’s lips recently. Adam Sandler is “Godlike” he is “magnificent” and is “worthy of an Oscar nomination”. So I’m thinking to myself – geez Adam Sandler? Really? I know he did some serious stuff with Punch Drunk Love but I didn’t know he was trying to be a real actor again. I mean is Billy Madison trying to be a Hollywood big shot now? The guy is already a millionaire and has movie hits going back like 20 years. Does he want to be taken seriously now? Is he sick or have some terminal disease? I mean why is Happy Gilmore getting all serious on us? Anyway – I decided to check this movie out simply because I did not want to see Star Wars. That franchise is done with me and I’m done with it. It’s just complete bullshit now. Anyway, let’s get back to Billy Madison.

The thing I did not know going into Uncut Gems is who was involved in this thing. I knew it was a New York product, and I knew it was an independent film, but I had no idea what to expect and who to expect it from. All I knew was that Sandler was “Godlike” which by the way is a very curious quote for a review. I mean, what movie was God in that they are comparing him to anyway, Ben-Hur?

So I looked into it – because I was very impressed with the movie. You know a movie is good when you go straight to IMDB afterwards to see who the hell created such a masterpiece. Benny and Josh Safdie were the directors. They are brothers, and have been at this for a long time. Josh is the more experienced one. He has been writing/directing/shooting and editing short films since 2002. So 17 years is a long time to become an overnight sensation. The brothers are indeed not tied in with any major studio – god knows why – and did this film as an independent film and found some very big friends to help them out.

We know Adam Sandler is in it – and he drew some firing power. Another New Yorker they got was Broadway and Frozen legend, Idina Menzel. Mike Francesa, New York radio legend, also cast in this film. Kevin Garnett plays a big part in this one – although not a New Yorker, a nice surprise and probably dragged in by Adam Sandler. Another independent film and Broadway legend Eric Bogosian, who basically created the one man show on Broadway way back, plays a huge part in this. So you have a ton of New York power and talent in this film – and one more legend joined the group behind the scenes – Martin Scorsese. Marty’s company produced it and Marty is named as Exec Producer. So they basically had the blessing of the Godfather to go and make this film in NYC. With Marty’s name attached as well as Adam Sandler’s, I am positive these guys got everything they needed and cooperation from every company in town.

So everything fell into place for these guys – question now was, could they deliver? Josh and Benny got every New Yorker big shot to give them their blessing and their help. No more obstacles in their way – this is not a short film, it is a feature – could these two brothers deliver a power house film?  The answer is absolutely.

This movie takes place in 2012, but it feels more like a contemporary period piece. It feels like beepers and flip phones should be involved. The score also feels like a late 80’s album. Daniel Lopatin did the score on this and has worked on some other Safdie films as well. His main weapons were old school synthesizers, Mellotron flutes, saxophones and an eight person choir. Not a typical Hollywood score by any means, which is one of the interesting things about this film that grabs your attention right away.

With an intense New York scene and an intense score to this film – this picture grabs you from minute one and holds you by the neck the entire time. A great exercise in tension all the way through with some humor sprinkled in along the way. Kevin Garnett even keeps up with the tension playing himself – which isn’t always easy to do. I think Sandler had a lot to do with making him feel comfortable on set. Bogosian adds a very heavy feel and element – something Harvey Keitel could have done as well, if involved. Everyone else plays their part to perfection but the real star of this show is the direction and the editing. The editing here is done by long time collaborator Ronald Bronstein. Ronald is also co-writer along with Benny Safdie. Benny and Ronald both wrote and edited this film. They have been editing alongside each other for many years and on this big break – their hours of sweat and determination come through with flying colors. The pacing of this film is frantic and non-stop but instead of being exhausted from this you want more, you crave more. It’s something you can’t really explain but only happens with talented filmmakers, and these guys have shown they have what it takes.

With all the love and support New York gave these guys – I am glad they came through for everybody and I’m glad this movie is getting so much attention. It deserves it. It is a “welcome to the big time” party for Benny and Josh and friends and let me be first the first to raise my glass.