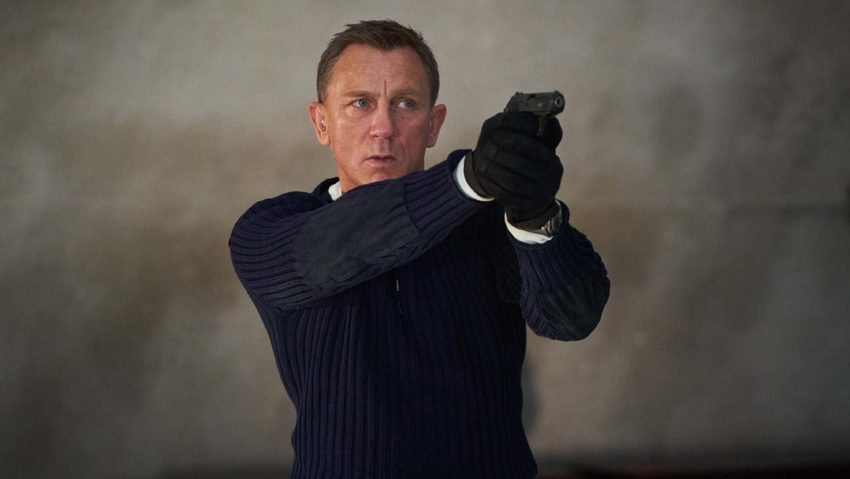 The Coronavirus has us in her mighty grip and besides claiming over 3,000 lives now, she has managed to kill the opening of the 25th James Bond film.

No Time To Die, supposedly Daniel Craig’s last turn as the British super spy was all set to debut April 10. MGM has now pushed that back for safety reasons and in doing so will automatically take a hit of 30 – 50 million dollars.  All this from a marketing campaign that didn’t even hit full stride yet. With 4 weeks to go, the publicity was just about to ramp up, before MGM put the brakes on it. So this massive sum of money was really only the preliminary round of a major marketing campaign.  Now you know why movies have to make so much money to gain a profit. If 50 million dollars is not even a full publicity push, imagine what is.  This includes a single Super Bowl commercial that cost them 4.5 million alone.

Naturally this pre-emptive strike was the lesser of two evils. They way, way lesser of two evils. With over 70,000 theaters shut down in China alone, currently, it was predicted that this James Bond film could have been cheated out of 30% of their global box office take. Meaning roughly 300 million, as it was expected to do somewhere near 1 billion globally. So, really, 30 million ain’t so bad. Maybe they could shoot for next year’s Super Bowl commercial and just rerun the ad to save money.

Pixar’s Onward is on track to have one of the lowest Pixar box office openings in history.  Now I know what you’re thinking – Pixar? Really? The Toy Story people? Yup. I mean it’s two blue trolls on a journey with a pair of pants. Really? The only other Pixar movie I had a bad taste about before this was The Good Dinosaur, and that was a very bad taste. Like Broccoli bad taste. You do have to give them credit though, because when they miss, they miss huge. I am talking epic fail. A pair of pants? Really? So it’s their dad, but that is meaningless because it’s just his pants! So it could be Uncle Jerry for all we care. Plus using the voices and personalities of the Marvel Universe such as Tom Holland and Chris Pratt is just bad. Those two are already over saturated, and this just makes it worse. Chris is in all the MCU movies, plus Jurassic Park franchise, so we’ve had enough of him, and Holland is in all the MCU movies plus Spiderman so we’ve had enough of him. I know for a fact there are thousands of waiters just dying for a movie role, no need to use the same two people for everything. Just another dumb move by the uninspired studio heads who are probably younger then me by now.

Let me follow up with recommending some great entertainment after covering some crap entertainment.  James McAvoy is making waves again and in a very good way. The British actor who impressed us all in the movie Split by M Night Shyamalan, has done it again proving that his greatness was no fluke.

James McAvoy teamed up with director Jamie Lloyd for a stage production of one of my favorites, Cyrano de Bergerac. It has been playing in London’s West End to absolutely marvelous reviews. It scored 5 Olivier Award nominations, including best actor and best director and the great news is it’s coming to Brooklyn.

Cyrano will play at Brooklyn Academy of Music’s Harvey Theater, (BAM Theater) from May 8 – May 31 of this year and I truly suggest to go get some tickets. This play will most likely be better then any play that bloated Broadway has to offer any day of the week. Congrats to McAvoy and Lloyd.

Speaking of bloated Broadway, and to address the other side of the artistic spectrum, a Britney Spears musical is coming to the Great White Way. God help us all.