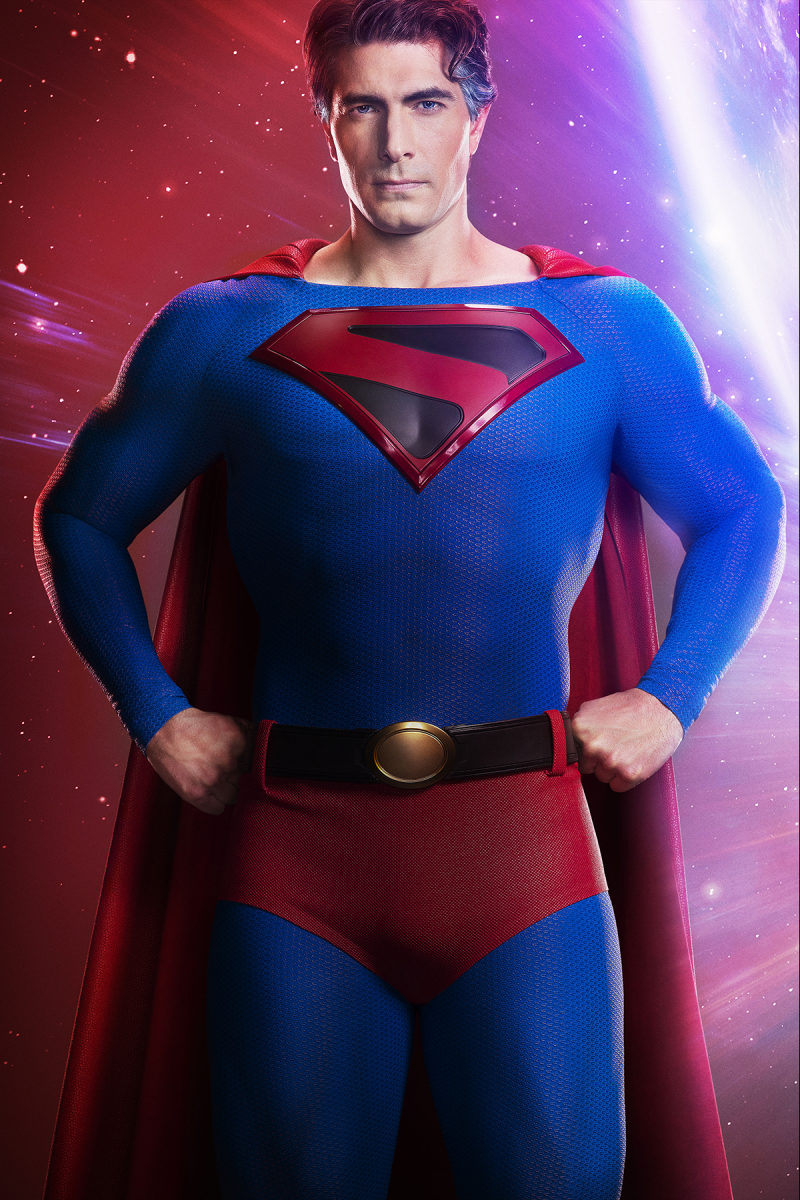 CW has confirmed that Brandon Routh is returning as Superman for “Crisis on Infinite Earths”.  Routh will don the costume and appearance of Superman inspired by Alex Ross’ “Kingdom Come” design. “I’m very honored to be able to do this one last time” Routh said at SDCC in July. Now did he deserve to be shoved aside like he was? Should he have gotten a multi-picture deal? Was Superman Returns his fault?

So the big question is: was he really that bad or is the movie to blame?

With a new video clip of an interview with the late great Christopher Reeve, who basically defined Superman for a new generation and for Hollywood – people have started talking about Brandon Routh again.

The 2006 movie keeps saying the world doesn’t need a savior, and maybe we no longer need a Superman. But as Mr Reeve points out in the viral clip- Superman was never written and was never meant to be a savior to this world. In the eyes of Mr. Reeve, Superman is a friend, and that alone, is very powerful. That is what people need most – just simply, a friend. Not a dashing hero or an invincible flying machine to round up all the burglars. Just someone to be there for them when their backs begin to ache from all that they carry.

Let’s be clear, 2006 Superman Returns had a lot of problems, but Brandon Routh was not one of them. The film is a love letter to Richard Donner and the 1977 film, which is an aspect of it that I actually liked. The Marlon Brando voice, the John Williams iconic theme song, the fortress of solitude and they reprised the real estate Lex Luthor, not the teenager, not the muscle man, fake super hero he is in the cartoons. Lex is just picking on old ladies and dying millionaires. Weak prey even for him, and that is just one of the many missteps in this weird concoction.

Lois Lane was probably the biggest mistake this film made. Casting wise, writing wise and performance wise. Lois Lane is not someone from The Hills or Gilmore Girls or a Gossip Girl.  On all platforms, Lois Lane is a gritty, street wise, quick witted girl with an sense of intuition that is off the charts. She loves a good story, she fights for the little people, and she’s no cutesy glamour model nor would she ever care to be.

I can’t think of anyone more anti-Lois then Kate Bosworth, the pretty blonde beach girl who sharpened her teeth in surfer moves like Blue Crush and teenage petty dramas like Win a Date With Tad Hamilton. So this casting choice was a huge mistake, her presence onscreen in a news room was laughable and you doubt she could even put an article together much less write for the top newspaper of Metropolis.

The kid was a plot point we all called out the moment we saw him, so I won’t even get into that. I don’t know if that was a last second idea from Singer or just a horribly planned plot idea from the studio execs.

Let’s get to Kevin Spacey – who relished this role. I mean he brought the crazy and he loved every second of it. He wanted Gene Hackman’s ghost, with a bit of a Jack Nicholson cuckoo. Kevin did great, and was not given much to work with, because you could tell they were trying for a realistic Lex, like the 1977 film.  A crook who loved to dream big but kept to his petty theft ways.

Now to the meat of it all, Brandon Routh. Was he young? Sure. He was 24. Ironically the exact same age Christopher Reeve was when he captured our hearts in the role. Did Brandon have a bit of that kid punk look? Yes but it wasn’t overwhelming. He looked young, acted younger but he did have an innocence to him, a truthfulness to him and he was likable. That perhaps being one of the most important things. Brandon had this boy scout face about him that you would lend a couple of dollars to, maybe buy his coffee a few times, give him something to mail. He did not ruin this film. The director Bryan Singer who ruined 20 years of X-Men movies, his 5 writers and Kate Bosworth get blame long before we turn our eyes to Brandon Routh.

So am I glad Brandon is suiting up again? Absolutely. I would love to see this kid in the blue leotard once again, under new direction, with a new cast, under a new company, with a new look on life. I am very much looking forward to seeing Brandon Routh again, fighting for Truth, Justice and The American Way.