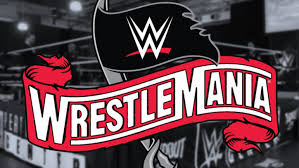 WWE says that Wrestlemania 36 will take place without fans due to the coronavirus. April 5, in Tampa Florida, at WWE’s Performance Center, Wrestlemania 36 will occur to an abundance of empty seats.  Now that’s a big money hit, but it’s not a total loss because it will be on PPV, and on the WWE Network, so Vince will still be making some money – it just won’t have the excitement of a Wrestlemania.

If you have been watching recently, you noticed that both Smackdown and RAW were playing to no crowds and were held at the Performance Center in Tampa. The wrestlers still played to the empty seats, I guess because that’s what they are used to, but it did feel weird and awkward.

That’s kind of what we are in for with the big one, Wrestlemania. I’m sure there will still be plenty of spectacle and plenty of celebrities and superstars, just no roar of the crowd and no applause.

Germany, France, Spain and Italy have all pledged support to the battered entertainment industry. With productions shut down, and movie theaters shut down, the movie biz is definitely being tried right now.

Some of the options that are being thrown around are tax relief packages, stimulus packages and just straight up bail out money.  Italy announced they were already prepared to spend over 25 billion to keep their industry afloat. Germany has pledged “unlimited cash” to their industry, let’s hope it’s nothing like our Unlimited phone plans here in America.  Spain has pledged 15 billion to help out their industry. Europe really seems to care about their people and truly do not want their entertainment industry to fail. Let’s see what we do here at home, and hope we can compensate for all the losses and out of work people we are dealing with during this pandemic and truly hard times. I’m sure the movie biz is not the only industry that’s going to need a healthy hand out.

Two of the biggest movie theater chains in North America have closed all their doors indefinitely following the suggestions of the CDC and medical community.  AMC Theatres and Regal Cinemas have closed all their doors nationwide, all across America. This is a huge blow to the biz and definitely signals a slight pause in releases and productions of films and movie studios around the globe. Hopefully this will not effect our super summer blockbuster lifestyle and things can get back on track before May or June. I could not imagine a summer without the movies.  Of course this is the time for streaming services to make their mark and gain some ground, some customers and some trust with the people. Netflix, Amazon, Apple, Disney+, all now have their time to shine. Make sure your service is reliable, provide plenty of blockbuster films, plus favorite classics and some good tv shows, and this could be the chance to show everyone why they should finally cut the chord.  If streaming services can not do it now, I don’t see when they can.

So far 120,000 jobs seemed to be lost or at the very least, put on hold. That is according to the Cinematographers Guild and Motion Picture Editors Guild.

The National Association of Theater owners requested a bailout from the government. This is movie theater owners, not Broadway. Not much has been heard form the Great White Way except, Sorry, We’re Closed.  Although Rosie O’Donnell is doing a fundraiser for The Actors Fund. Don’t worry, no one will be in the audience. Even the guests will appear from their homes. You can watch it on YouTube and on Broadway.com and will be on Sunday, March 22.

Mike Mignola, creater of Hellboy is expanding on one of his properties.  Lady Baltimore will be a new 5 issue series, courtesy of Dark Horse Comics.  Lady Baltimore was the companion of Lord Henry Baltimore, a soldier who was determined to rid the world of monsters.  Once he is gone, Lady Baltimore is determined to continue the battle against evil, nazis and creatures of the night all by herself. I dunno about you, but anything Mike Mignola writes, I want to read. This sounds like a Laura Croft meets Indiana Jones meets Van Helsing kind of deal, and I am all in for that!! Comic books and digital release are set for June 10.  Mark your calendars and get your flashlight’s ready.