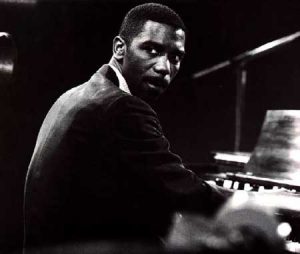 Five to start you off: “The Champ”, “Back at the Chicken Shack”, “The Cat”, “Recession or Depression”, “Root Down (And Get It)”

Comment: Considering how many times I’ve mentioned I don’t like jazz, it’s not doing too bad so far is it. I’m a huge fan of the electric organ, and Smith played the Hammond B3 – a classier one than the cheaper Vox Continental all those 60s Garage Bands had. Smith was the king of all the organ players. Jazz cats will point you towards The Sermon (1959) as a great showcase for him, but it’s all a bit too free-form and improvisational for my philistine tastes. I will point you instead to the much-easier-to-love Back at the Chicken Shack (1960), which kicks all kinds of ass. The Cat (1964) is every awesome smooth Jazz TV theme tune you ever dreamed of. Then as the 60s lurched into 70s, Smith turns to funk and even starts to sing a bit too; see, for example, Stay Loose (1968) on which he shows he has a great gravelly blues-soul voice. And witness the awesome of Jimmy Smith in a Plain Brown Wrapper (1971) – which seems genuinely like one of the great lost albums no one talks about ever, and for my money one of the absolute coolest albums ever recorded: he at once seems to anticipate Curtis Mayfield and Stevie Wonder’s more socially conscious period and practically invents Parliament-Funkadelic. There’s a song called “Jimmy Smith is a Midnight Cowboy” too, I wonder if he also invented Jamiroquai. Seriously, “Recession or Depression” and “Zodiac Song” are both knock outs on an album that is amazing from start to finish. Check out these lyrics as well, they don’t appear to be anywhere online, so I’ll type some up:

When the money get funny

It makes no difference whether you’re black or white

Anyone can starve to death if your money is tight

Now you hear me you brothers and sisters

The time for getting down is now

The question is “how?”

Times getting hard for everybody

Trying to make ends meat and trying to survive

He’s selling wrist watches on the side

Brilliant.  Pretty ridiculous how good that album is really. The next album, Root Down (1972), is also funky as hell, but back to instrumentals – the title track is something else, and possibly the funkiest thing ever recorded. Smith has so many great albums in his vast back catalogue I haven’t mentioned and can’t do justice to here, Home Cookin (1959) has such an infectious sense of effortless shuffle and Peter and the Wolf (1966) is just awesome. Too much good stuff to mention. He also recorded an album called Paid in Full (1974) a full fifteen years before Eric B and Rakim!

Comment: Of the late 60s / early 70s singer-songwriters on this list, and there are a few of them, Hardin is perhaps the most warm, accessible and down-to-earth. There’s a tinge of country and a tinge of blues in his sound that lends it the warmth, and a kind of stripped-down spareness, which gives it both poise and vulnerability. Tim Hardin 1 (1966) and Tim Hardin 2 (1967) are both stone-cold masterpieces: beautiful records, exquisitely written and performed. Witness “Red Balloon”:

Bought myself a Red Balloon, got a blue surprise

Hidden in the Red Balloon the pinning of my eyes

Took the lovelight from my eyes

An image so metaphysical it could have been written by John Donne. Hardin’s studio output in the 70s gets patchy, but the live recording Tim Hardin 3 (1968), and the bluesy Tim Hardin 4 (1969) are good for further explorations.

Five to start you off: “Blues Before Sunrise”, “How Long, How Long Blues”, “Barrelhouse Woman”, “Mean Mistreater Mama”, “Suicide Blues”

Comment: Carr was one of the great blues pianists, and Blackwell was one of the great blues guitar pickers: together they were perhaps the premier duo in blues history. This piano-guitar tandem leads to a warm and full sound that is in contrast to the more stark sound of most delta blues acts of this period. Also, of all the blues singers of the 1930s, Leroy Carr stands out for his velvety smooth vocals. These two also stand out for sounding urban rather than country: this is coming from the city (Indianapolis), not from the cotton fields.  Finally, the recordings are for the most part crystal clear, which again is rare for the period. Most importantly, however, Carr was a great introspective lyricist with a lot more original lines than many of his contemporaries.  So much so that both Muddy Waters and Bob Dylan would later lift this from “Blues Before Sunrise” almost wholesale:

Today has been such a long old lonesome day

Today has been a long old lonesome day

Carr is  a model of reflection and understatement. “How Long, How Long Blues” apparently sold over a million copies in 1928, and some historians credit it with inventing the concept of “urban blues”. It’s a great song. They also had great range: check out the duel between the boogie piano and the stinging guitar lines on “Barrel House Woman”, and then consider they recorded it in 1934. “Mean Mistreater Mama” is another outstanding song with lines that others (including Bob Dylan) recycled dozens of times:  “Ain’t it lonesome: sleeping all by yourself / When the one that you love: is loving someone else”. “(In The Evening) When The Sun Goes Down” was later reworked by Ray Charles, and formed the basis for Robert Johnson’s “Love in Vain”. Carr also wasn’t afraid to push boundaries on occasion such as on “Suicide Blues”:

If somebody finds me: when I’m dead and gone

Say I did self‑murder: I died with my boots on

Took me a Smith and Wesso: and blew out my brains

No I ain’t no coward: and I’ll tell you why

I was just tired of living: but wasn’t afraid to die

Take me to the graveyard: put me in the ground

Please write on my tombstone: my woman threw me down

In my farewell letter: someone’s sure to find

Goodbye old cruel world: I’m glad I left you behind

Again, the guitar lines of Scrapper Blackwell just stabbing the track as Carr sums up the depressed attitude of someone about to take their own life. Carr is one of the best – and most influential – songwriters that most people have never heard of. 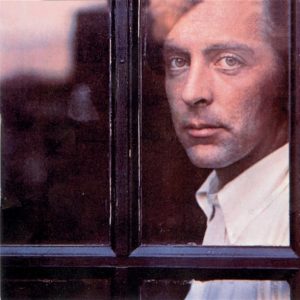 Comment: Here he is, the most “hidden gem” of all the 70s singer-songwriters. I’ve yet to meet anyone who shares my intense love of American Gothic (1972), an album I had to go some lengths to get back when we had to buy CDs. For my money, one of the very best albums of the 70s. Ackles, in fact, made four albums for the hallowed Elektra label (he was a label-mate of Tim Buckley, The Doors and The Stooges) – though none of these albums were distributed very widely and sank with scarcely a trace commercially, which makes the original vinyls both hard to get hold of and expensive. Ackles has a low, brooding voice: not a lot of range, but an incredible amount of depth. He also sometimes makes surprising choices in the delivery. See, for example, “Out on the Road” where you expect him to hit an up-note at the end of at the end of each verse, but instead he takes it even lower. I value artists who have a really distinct style, and Ackles, like many others on this list, can’t be mistaken for anyone else. He had two writing modes: one sort of overblown vaudevillian show tunes in the Brechtian mould – more Threepenny Opera than Broadway, but always steeped in Americana, mostly character studies – the other more stripped down and personal. I generally prefer him in the second of these modes, where the strength and sophistication of his lyrics really comes to the fore. The first two albums David Ackles (1968) and the country-tinged Subway to the Country (1972) have more of an organ-drenched sound, both of them come recommended, American Gothic is more piano-led, and Five & Dime (1973) more of a collection of mini-character portraits. Ackles can be incredibly melancholy, but it always feels rooted in actual experience. The first album seems to teeter on the edge of depression. On American Gothic there are moments of spare emotional nakedness. On a song like “One Night Stand”, he’s not afraid to show an ugly side. I had “Love’s Enough” sung at my wedding. Speaking of break-ups, “Waiting for the Moving Van to Come” is one of the most incredibly written songs about a long but ultimately failed relationship ever composed:

In another day or two, it all starts coming down

I never built the tree house, but I had plans

Waiting for the moving van to come

With a few lines he can take you into a real relationship, a real life. The middle-eight puts it starkly:

Your favourite time of year

Hey, didn’t we love to hear the children play

We had some happy times

Ten years is so much time

You’d think we both could find a way

What sets Ackles apart is that there’s a brutal practically and realism to the way he writes and performs: a mature acceptance of how things are, dreams and hopes dashed by experience. 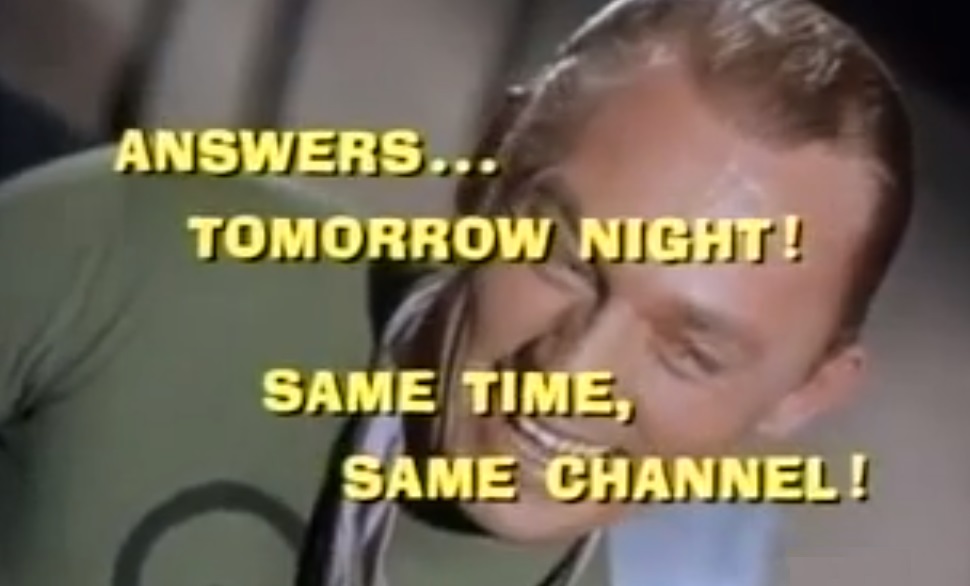