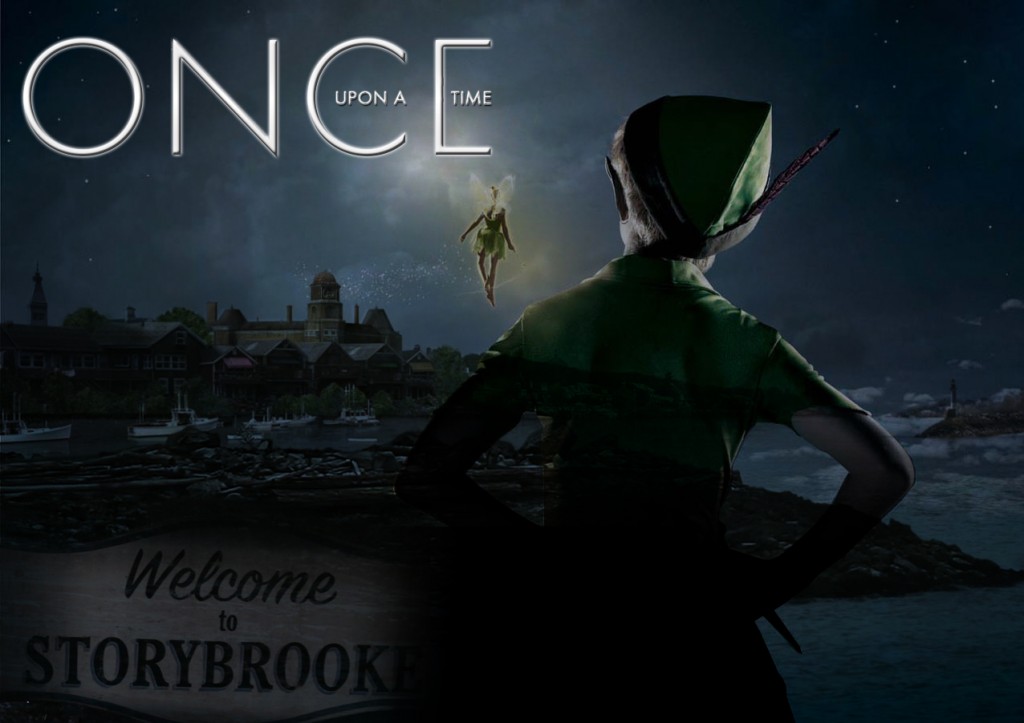 I feel bad calling Once Upon A Time a “guilty pleasure,” but for some reason I keep doing it. I don’t know if it’s the somewhat over dramatic pauses when heading to commercial, the music, or the overall Disney-ness of the whole thing, but something about the show makes me feel a little ashamed to admit that I watch and enjoy it. I mean, I don’t even have a girlfriend or wife (or child) to blame for the fact that I have not only watched but have DVR’d every episode of the last two seasons; just my own love of re-imagined archetypes set in both modern Maine and a host of fantasy realms.

Then I remember why I started watching it in the first place: it was created by LOST writers Adam Horowitz and Edward Kitsis, and it’s apparent from early on.

First, like LOST, Once Upon A Time, starts with a stranger coming to a place that appears to be one thing, but is masking an increasingly more complex and fantastic world that requires the stranger (in this case “Emma Swan” played by Jennifer Morrison) to believe in things that rationally don’t make sense. As the series winds on, we see our skeptical stranger become engrossed with the goings on of the town and its possibly (definitely) magical origins.

Also like LOST, each episode pushes along the overall plot that happens in present times, while also focusing on a backstory of one of the shows many mysterious characters, who become more familiar as we link them with their storybook “other”selves. This “flashback” device is a great way to give value to the information we NEED to know about the characters and was a staple of LOST (until they started flashing every which way), and even worked exceptionally well on the first season of Orange Is The New Black. We get a little and want a little more, scarcity drawing us back in.

That isn’t to say the story moves slowly. The first two seasons have actually been very eventful. Starting with Emma coming to Storybrooke (get it?) after the son she gave up for adoption finds her and claims that she is a chosen one, the daughter of Snow White and Prince Charming and that only she can save the town. The Evil Queen from the Snow White tale has cast a spell over everyone living in Storybrooke, who he claims are fairytale characters that have been transported there with no memory of their life in an alternate dimension that is the world Fairytales. Henry even has a book of Fairytales that he uses to try to convince her, but of course she doesn’t believe a word he says. She brings him home anyway and we are immersed in

The first season is all about trying to get everyone to “wake up” or come out of their hazes that Regina’s spell (that’s the evil queen’s name in our world) has them in. It culminates with Emma’s love for estranged son Henry being the key that breaks the curse and restores the memories of everyone in the town, which means they all realize what has happened and who did it to them.

Rumplestilstkin, known here as Mr. Gold (Get it?),  is one of those villains that does enough good (though always for selfish and pragmatic reasons) to make you not hate him. It helps that while undebiably “bad”, and despite being sometimes aligned with Regina, he stands at odds with her and pursues his own agenda, which is guided by both love and the pursuit of power.

A solid start to the series.

The second season picked up where the first left off and was about the inhabitants adjusting to life with the knowledge of who they are and where they came from, and a struggle to get back to the lives that they left behind. Time which had been frozen in Storybrooke and in Fairytale Land (which is very LOST-like) starts again, and a lot happens to our characters now that magic has returned to their lives thanks to Mr. Gold at the end of season one.

Emma and Snow (White duhhh) are drawn into the Fairytale world and while attempting to get out come across a part of that world that was untouched by Regina/The Evil Queen’s curse. Mulan is introduced (which makes no sense other than that the show is based on Disney’s licensed characters) and Hurley from LOST makes a few cameos as the giant who lives above the beanstalk. We learn that other strangers have stumbled upon the town in the past, which didn’t end well. Evil characters shift allegiances every fourth episode. By seasons end, major characters are either stranded in distant magical realms, kidnapped, or on their way to save them.

Oh and outsiders who are work for a yet to be named organization have just recently been able to find Storybrooke because of their connection to it in the past, and have returned to destroy the island….errr town and its magic.

If that isn’t enough to make you see the similarities between LOST and Once Upon A Time, then consider the fact that mostly all of the characters cannot be lumped into the “Good” or “Bad” columns because however overwhelmingly good they may seem (or vice versa), they still act in the opposite manner a quite a bit. Emma was a former criminal, Snow killed someone out of rage, Rumplestiltskin bases many of his actions on what scenario helps him the most. The ideas of purity, corruption, and human emotion are major themes throughout and everyone besides Henry (a child and the one with the most faith) comes across as a little “grey”.

The difference between the two shows however, is that all the stories and characters on Once Upon A Time are ones that we all grew up with, and because the show is on ABC, they appear in their most familiar forms. Belle from Beauty And The Beast (another LOST alum, Emilie de Ravin) is dressed in her iconic blue dress, and the idea of there being several Evil Queens (Maleficent) is addressed. The Dwarves retain their Disney names and Magic isn’t explained in terms of light, gravity, or any other physical terms…it is simply magic (for now). It’s like LOST for the whole family; even the little ones.

So maybe it IS a little childish, but still I refuse to feel guilty for watching it. And even though I felt slightly let down at the end of LOST, this time I expect nothing short of a happy ending.

Now off to Never Neverland, where no one judges a grown-ass man for acting like the child in all of us.. besides pirates. Those guys are always judging.