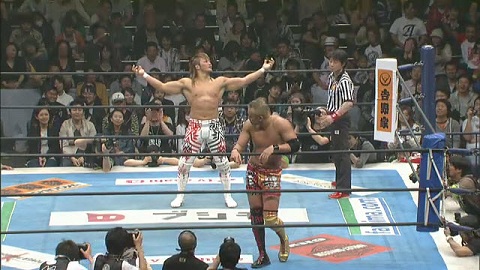 On this episode, Mike and Rex talk a taped week of wrestling, which basically focused on Bray Wyatt being awesome and otherwise uneventful Raws and Impacts. We talked about how Raw feels incredibly different on the rare ocassions it’s taped. Then, it’s TNA TNAing, as we talk the #August1Warning as well as Taeler Hendrix’s statements against TNA.

After the break, we go over very possibly the best in-ring show WrestleMania weekend, New Japan’s Invasion Attack, which featured freak injuries, Akebono and Bob Sapp, some lucha, and very possibly the Match of the Year.

Then, we give our MVP and LVPs, and then reveal what we’re talking next week, Royal Rumble 2001!