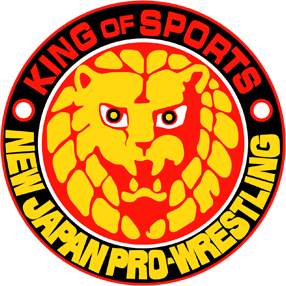 This year’s tournament saw the Guerrillas of Destiny (Tama Tonga & Tanga Loa) and Great Bash Heel (Tomoaki Honma & Togi Makabe) win their respective blocks, and today’s final sees them compete to determine the winner of the 2016 World Tag League. Elsewhere, much of the Wrestle Kingdom card is set, but there are still some major players without a match and we should get a clearer picture of their role by the end of the show.

It’s not an inspiring card, to be honest, with not a singles match in sight and only one six-man to break up eight 2-on-2 tags. Still, there should be a number of booking advancements that’ll make it worth watching.

The tournament itself was an improvement on last year, I felt, though its proximity to the January 4th show continues to undermine its potential prestige and signposts the booking (despite Naito and Shibata’s promise that they would compete twice at Wrestle Kingdom if necessary). Having said that, I wouldn’t have picked either of the finalists and much of the intrigue, for me, comes from seeing how tournament-specific teams will work together and how outsiders will mesh with the rest of the roster.

In Block A, War Machine of Ring of Honor did very well and I hope this isn’t a one-and-done tour for them, whereas Missouri’s Brian Breaker & Leland Race weren’t up to scratch, with Race in particular not at the required standard. Henare, the young lion from New Zealand, looked solid in the main and did plenty of bumping with Nakanishi as his partner, while the bland Hangman Page and tiresome Yujiro Takahashi simply continued to exist. Juice Robinson, meanwhile, appears to improve with each tour and tagging with Tanahashi for a few weeks will only have helped. I suspect he won’t be on the end of so many pinfalls this time next year.

The Los Ingobernables super-team of Naito & Rush made for an effective surprise reveal in the opening show and, though it took some time, their team chemistry got better throughout. My personal favourite spot was the invisible soccer ball exchange that got longer every match. Tenzan & Kojima had an early run before fading, and a final Wrestle Kingdom bow as title contenders seemed to be on the cards for a while. Though they won’t be taking the direct route, they did score a win over the current champions, so there’s a claim to be made. Speaking of whom, the GOD have raised their game since the performance at Power Struggle. They’re not yet a reliably great watch, but they’ve upped the intensity and pace of their work and were part of several entertaining matches.

In Block B, the 53-year old Billy Gunn regularly outshone his partner Yoshi Tatsu while Bone Soldier continually made me feel sorry Bad Luck Fale. Chase Owens certainly held up his end of the team with Omega; he was rightly on the receiving end of pinfalls, but was also part of a couple of very good matches and is much better than his lowly reputation.

The two CHAOS teams, Okada & YOSHI-HASHI and Goto & Ishii were a consistently good watch and the match between them was probably the best of the tournament. In this year of renewal for the promotion, the midcard has become stuffed with wrestlers who’ve stepped up, and YOSHI-HASHI’s distinctive plucky underdog has added plenty of value to everything in which he’s been involved. Shibata and Nagata’s no-nonsense team capped one of the most enjoyable threads of 2016, and is there anything that embodies the spirit of Christmas like seeing Shibata jingling bells (by which I mean kicking people in the face)? I think not.

EVIL and SANADA impressed in most of their matches, scratching the surface a little more, with EVIL even playing face-in-peril at points. I had expected them to at least win the block, as both deserve a spotlight at New Japan’s biggest event. Honma and Makabe, winners of last year’s World Tag League and who went on the win the tag titles at Wrestle Kingdom, were decent throughout, though I doubt anyone expected them to advance to the final. I had felt during the G1 that Honma’s act had served its purpose, but frequently here his ability to draw sympathy improved matches, and if the final goes the way I expect then Great Bash Heel’s role will have been served.

Given the thrown together nature of this particular show, I’ll keep it brief in the recaps and, apart from the final, focus more on the booking.

Finlay scored a huge win here, pinning Liger with the Granby Roll. In a nice detail he even checked with referee, such was his disbelief. A fitting end to a year in which he’s shown continued improvement and a fun opener all round. These guys know what they’re doing. **

Henare mimicking Nakanishi’s taunts and moves has been an enjoyable albeit ridiculous sight for the past few weeks and it continued here. The young Kiwi got a few moments to shine, but Yujiro brushed off his offence to hit a Pimp Juice DDT for the win. *

Sadly this didn’t appear to be the blowoff to the epic blood feud that is Yoshi Tatsu vs. Bone Soldier. I try not to enjoy anything ironically, but for the sake of my sanity, this rivalry may have to be the exception. Gunn picked up the win after a Fameasser to Boner. He did not, to the disappointment of some people I know, turn on his partner. *

I was perhaps too harsh on the Missouri boys earlier, because they looked alright here (if weary after a long tour), with Breaker providing a few highlights. Rowe took most of the beating, with the hot tag made to Hanson, who launched himself with a flipping senton onto everyone on the outside, and War Machine finished the job with the Fallout. A deserved win after an impressive debut tour. **1/4

The nefarious ways of LIJ allowed Sanada to isolate Tenzan, then Nagata was tagged and had some brief success until the numbers overwhelmed him. Next, Kojima fired off machine gun chops and an elbow drop, but again LIJ were everywhere. Kojima was misted by Bushi and Evil dropped him with the STO for the three-count. Huh. Given they held a win over the tag champions, I expected one of TenKojy to get the win. **

Kenny Omega came out to introduce a video for the new Bullet Club member. The video showed a man in a smoky candlelit room, making allusions to his past gimmicks before announcing himself as “The American Nightmare” Cody ! He debuts at Wrestle Kingdom. (No sign of the other Cody – Cody Hall – by the way.)

A solid exchange in the opening minutes between Goto and Shibata was followed by Juice running wild to a good a response from the crowd. (Thought: Juice needs a submission move called the Dread Lock.) The match spilled to the outside where the CHAOS boys took control, and in imperilling Robinson, Yoshi-Hashi demonstrated some aggression in his offence. The hot tag was made to Shibata, who took great pleasure in inflicting pain to Goto. Yoshi-Hashi prevented the Penalty Kick, then broke up the submission attempt, and Goto nailed the GTR to pin Shibata! He implicitly challenged for Shibata’s NEVER title post-match by laying the belt onto the stricken champion; a match that makes sense given Shibata’s bitterness about Goto joining CHAOS was never properly dealt with. ***1/4

Naito took as long as possible to get the match started and levelled a spitwad at Tanahashi. Kushida then enjoyed a brief run, but in came Rush to turn the tide, and the Junior champion was at the mercy of the insolent Los Ingobernables pair. A handspring elbow eventually allowed the tag to be made to a pissed off Tanahashi, who opted to stomp the shit out of Naito in lieu of his usual rolling senton. Nice. Slaps led to Naito hitting a low dropkick, but back came Tanahashi and tags were made to their partners. Kushida flew with a tope con hilo onto Rush and Naito and the match broke down. Tanahashi plancha’d onto Naito, while inside the ring Kushida had Rush in the Hoverboard Lock, but his Wrestle Kingdom opponent Hiromu Takahashi interrupted proceedings. With the referee knocked down, Hiromu nailed a spinning sideslam and Rush followed with the Rush Driver (double underhook piledriver) for the win. ***1/2

Post-match, Naito offered Takahashi the Los Ingobernables cap. He licked it and put it on his head! Wow. That’s one hell of a stable right there.

A back-and-forth between Kenny and Okada culminated in a spitwad from Omega – taking a page out of the Naito playbook. Page, apparently with a death wish, grabbed Ishii by the balls before dumping him on the apron with a rope-hung neckbreaker and landing an apron Shooting Star Press. Ishii was worked over for several minutes before finally, after several attempts, making the tag to Okada. A lariat from Ishii allowed Okada to drop the elbow on Omega, but the Rainmaker missed, as did The Dropkick, and Omega fought back to hit the gutwrench powerbomb for two. After a brief schmozz, Okada spiked Hangman with a tombstone then hit the Rainmaker for the win. ***1/4

Post-match, after seemingly walking to the back, Omega ran back in as Okada was celebrating and nailed him with One-Winged Angel. Then, much to the crowd’s concern, he did the same to Gedo, before lifting the IWGP title above his head. I was hoping they’d fan the flames of this match and this did the job nicely.

Big brawl on the outside to start us off which culminated in Honma being laid on a table, but Makabe prevented the splash from Tama, and for the meantime it remained unbroken. Honma was dumped on the entrance ramp while Tanga Loa worked over Makabe, then, when Honma did return to the apron and get the tag, he hit the Kokeshi at the first time of asking, which is surely some sort of record. The good feeling didn’t last long, however, and the Guerrillas were soon back on top, taunting Makabe as they manhandled Honma. A deadlift suplex finally allowed Makabe to enter the fray, and he thumped away at Tama and Tanga before hitting a double clothesline. Loa survived elbows and chops to land a sit-out back suplex for two, then he powerbombed Honma from the apron and through the table! An inverted Magic Killer to Makabe earned a near-fall, then a proper Magic Killer got the… 2.9! A desperation double clothesline bought Makabe some respite, and a Death Valley Driver to Loa got two, but Tama ran in to counter the King Kong Knee Drop to a Gun Stun. Guerrilla Warfare connected, but Honma broke the count! He and Loa headed up top, Makabe interrupted with a powerbomb, then Tama blocked the Kokeshi before both men spilled to the floor. Kokeshi Doomsday Device to Loa, top-rope Kokeshi, King Kong Knee drop from Makabe. One, two, three! Great Bash Heel are the World Tag League winners for the second year in a row. Not the result I expected (or necessarily wanted), but there was a lot of strong work in this one and the crowd responded in kind. Good match. ****

Post-match promo from Honma (after a fashion) and Makabe, and they celebrate with confetti falling to end the show.

Final thoughts: The first half of this show was a whole lotta nothing, although the opener was solid, War Machine looked good, and it did at least go quickly. The second half was much better. The final was best match on the card and everything else after the intermission was a fun watch, plus we got lots of angle advancement and heat added to each of the main Wrestle Kingdom matches. And with Hiromu Takahashi added, Los Ingobernables de Japón now feels at its absolute optimum.

I’ll be back on January 4th for Wrestle Kingdom 11! See you then.