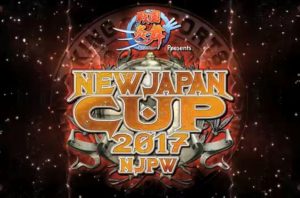 The 2nd Round saw EVIL and Bad Luck Fale progress on the left-hand side of the bracket while familiar foes Katsuyori Shibata and Tomohiro Ishii battled through on the right-hand side, and those two matches are our headliners today. Let’s get to it.

Tomoaki Honma provided an update on his health situation yesterday. I would recommend you read it.

The Story So Far

Evil smartly attacked before the bell and went straight to his beloved chair, but Fale blocked, threw him into the ringpost and went out into the crowd to continue the assault. Evil made it back in at 19, only to be stood on by his hefty opponent. Fale secured a camel clutch, but missed the follow-up splash, and Evil took them both over the top with a clothesline. Two chairs came out this time, and both made their mark. Back in, Evil’s diving clothesline connected before he clamped on a hammer & chinlock, only for Fale to power up and nail a spear, and then the splash landed, but only earned a two-count. The Grenade was avoided, and Evil distracted the referee in order for Bushi to mist Fale! Lariat from Evil. One, two, no – Evil was dragged from the ring by Tama Tonga! After the interferers scuttled off, Fale failed to land the Bad Luck Fall, as did Evil the STO, then a huge clothesline from former dumped the latter on his head. The Grenade connected, Fale picked Evil straight back up and the Bad Luck Fall was more than enough for the three-count. Well, there we go. I’m a fan of Evil (the wrestler), so a disappointing result for me, but this was a solid match and that was thanks to both men. **3/4

Evil was helped to the back to some applause.

Shibata worked the arm and locked in a short-arm scissors from which Ishii made the ropes, then Ishii went to chops, Shibata to elbows, and the Stone Pitbull flattened The Wrestler with a shoulder block. More high, hard chops from Ishii, which didn’t please Shibata, but Ishii knocked him to the mat once again. Shibata fired up to lay in elbow strikes in the corner, following with a big dropkick and hatch suplex for two, then Ishii battled to the ropes from a deep abdominal stretch and got a kick to the chest for his efforts. Stomps only seemed to revive Ishii, and both men threw elbows strikes back-and-forth, increasing in intensity and pace until Ishii finally knocked Shibata to the mat. The crowd loved it. Corner clotheslines, another shoulder block and a vertical suplex for two. Shibata leant into more elbows, got powerslammed, but landed a high kick and the crowd responded with chants. Leg-hook STO into an inverted crossface from Shibata, and after Ishii made the ropes, Shibata laid him out with a jumping kick. Several dangerous chops to the throat brought Ishii right back into the match, and a German suplex led to a pinning powerbomb for two, clotheslines twice floored Shibata for another two-count, and the sliding lariat connected for a near-fall. A sequence of strikes put both men down, then they willingly sat cross-legged in front of the other and invited slaps to the face. Those crazy kids! To their feet, backdrop from Ishii, German from Shibata. Ishii caught the PK and transitioned into a cross armbar which sent Shibata scrambling to the ropes, and a jumping kick again put both men down. Sleeper applied by Shibata, into the sleeper suplex, jumping kick, one-count only! Lariat from Ishii, another one-count! The Sleeper was locked in once more and the Penalty Kick connected, but Shibata determined it wasn’t definitive enough, so he cinched in the rear naked choke and forced the referee to call the match in his favour. Shibata wins, the callous bastard.

An issue that somewhat undermined last weekend’s Omega/Ishii match but was more noticeable here was that the ring was only ambiently mic’d, and low in the mix at that. For a match in which the sound of strikes is essential in communicating the intensity, that made for an unfortunately muted viewing experience. However, the effort was unquestionable and the crowd loved what they were seeing, which was greatly in the match’s favour. So while I don’t think this was one of their better encounters, that may be entirely due to the sound issue, and if it’s not something you notice I’m sure you’ll enjoy this way more than I did, because this was still a very good, hard-hitting fight. What a week Ishii has had. ****

Ishii, completely out of it, tried feebly to grab at The Wrestler before being carried to the back, then Shibata gave a concise post-match promo to close the show.

Final thoughts: The main event will be a no-brainer for many of you, but I’d recommend checking out the Los Ingobernables tag match in the undercard, which was tremendously fast-paced with some excellent sequences between various pairings.

I’ll be back tomorrow for the final. See you then.