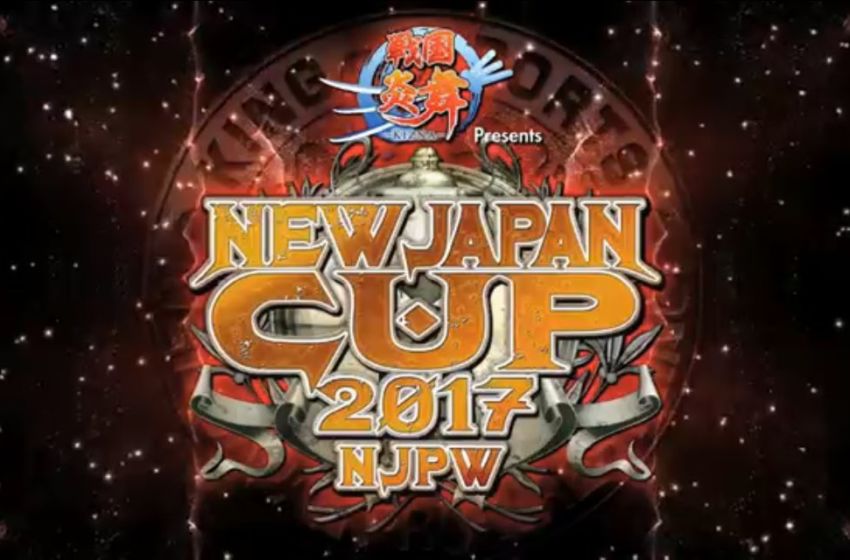 Yesterday’s show saw Bad Luck Fale and Katsuyori Shibata get past EVIL and Tomohiro Ishii respectively to reach today’s final. Up for grabs, as well as the prestige of winning the Cup itself, is a title shot of the winner’s choice. The rest of the card features multi-man tags that will likely set up matches for April’s Sakura Genesis. Let’s get to it.

The Story So Far

After Kawato went after Oka’s leg early on, Oka returned the favour by targeting Kawato’s taped left shoulder, and that became the story of the match. I’ll say it again, Kawato has a natural babyface fire and I hope that’s something that can be fostered and refined. Oka, meanwhile, is a 25-year old who looks 40, so the role of bully suited him here. He dumped Kawato on his head with a judo throw then cranked in the Boston Crab, but Kawato survived to make the ropes. Kawato nearly got the win with a rollup and then a small package, but the 10-minute time-limit elapsed and the match was declared a draw. Bit of a brawl post-match to reinforce the frustration. This was a good example of a young lions match and how they help to endear the trainees to a wider audience, meaning people are invested in the development of new talent. It’s great system. **3/4

It wasn’t before Suzuki-gun dragged everyone to the floor, where they brawled out in the crowd before returning to the ring to isolate Liger. The nerve! Liger blocked El Desperado on top, connected with a superplex, and in came Tiger Mask. Tombstone from Tiger, but the follow-up was interrupted and Finlay was tagged. Leaping European uppercut for two, but the legal man Taka poked him in the eyes. Some teamwork from Suzuki-gun earned a two-count, then Finlay survived a chair shot before hitting Taka with the stunner for the three-count. Nice to see Finlay pick up a win, but this was just a match. **

The new guy, Kitamura, only debuted this past week, so despite his impressive physique he was the one taking the majority of the punishment here. After Nagata was brought into the match and had somewhat evened the odds, Kitamura was back for a short run of offence, but that was soon curtailed by a Western Lariat from Kojima for the three-count. At 31, the not-so-young lion doesn’t have time on his side, but he’s big and looks solid enough in the ring, so it’ll be interesting to see how he’s handled. Typically decent work from the 3rd Generation crew. **3/4

This picked up nicely after Gedo took his beatdown and made the hot tag. Goto and Suzuki had a strong exchange, after which it was down the junior tag champions, Kanemaru and Taichi, and their challengers in a heated closing stretch. Taichi may not be the most inspiring of guys, but he elicits the intended reaction and the crowd were most pleased to see him tap to Jado’s crossface. I was amused that Taichi’s theft of the ringbell hammer resulted in the strange absence of a “ding!” to end the match. Solid match with did its job of building the next junior tag title contest, with the added bonus of making me want to see a Suzuki/Goto singles match somewhere down the line. **3/4

The unofficially named Taguchi Japan started well, targeting Bushi with a never-ending train of corner charges until his LIJ cohorts did what they do best – including Naito slamming Juice on the ramp – in order to turn the match. Taguchi was singled out for a selection of the stable’s rapid punishments, but a hip attack allowed the tag to Tanahashi and a three-man dropkick to Sanada. Tanahashi double Dragon Screwed(!) Hiromu and Sanada, then in came Elgin to ragdoll the smaller opponents. Kushida and Hiromu continued their extended preview for a title rematch, before Juice and Naito were tagged in, with the former overwhelmed by Los Ingobernables’ attention. A parade of signatures culminated in Juice landing the Jackhammer on Naito, but the pin was interrupted, and Naito snuck a low blow and connected with Destino for the win. Fast paced, fun spots, very good. ***1/2

CHAOS fount themselves continually outnumbered in the early going, with Yoshi-Hashi taking the brunt of the punishment and Bullet Club taking turns to dish it out. After a neckbreaker, the tag was made to the undoubted wrestler of the week, Tomohiro Ishii, who took no nonsense from the Guerrillas of Destiny, and even Tama Tonga’s headbutt backfired, which is surely against the rules? Yano was in and isolated, with Omega leading the beatdown despite Yano’s very vocal protestations. Eventually, Yujiro was whipped into the exposed turnbuckle and the hot tag made to Okada, who got the better of everyone to the significant support of the crowd before the numbers again saw Bullet Club curtail the comeback and almost secure the win with a four-man assault. The match broke down, leaving Okada alone with Tanga Loa, and the champ hitting the diving elbow, before Omega interrupted the Rainmaker pose with a snap dragon suplex. Everyone got to play their hits, again leaving us with the legal pair, and Okada nonchalantly Rainmaker’d Tanga Loa out of his boots for the win. Lacking a little of the pace and intensity of the prior bout, but a good match nonetheless. ***1/4

Fale wore a lucha-style mask to the ring and ripped the arm of the announcer’s suit jacket clean off. Shibata made no such effort. The Wrestler went straight at Fale with a big kick then sent him to the floor, which proved a mistake, as the big man took full control of the match, brawling out into the crowd and leaving Shibata to rush to break the count. Fale ripped off the taping on his opponent’s shoulder and dug in with The Claw before whipping him shoulder-first into the ringpost. Hey, psychology! Fale continued to stretch out the joint, stomping and clubbing away, then putting his full body weight on the injured limb. Shibata finally managed to get Fale off his case with a pair of jumping kicks, then followed quickly with elbow strikes (to his detriment) and the corner dropkick. Hatch suplex was blocked, but somehow a makeshift Octopus Hold was applied until Fale knocked Shibata to the floor.

Shibata reversed a whip, kicked Fale over the barrier, and choked him with his own t-shirt, then back in, Shibata threw a chair at Fale and kicked it in his face! Fale came back though – the Grenade was avoided, but the Spear connected for two. Samoan Drop for another two, then Shibata blocked the Bad Luck Fall and applied an armbar into a triangle hold from which Fale eventually made the ropes. Kicks from Shibata, huge lariat from Fale, and the splash connected for a near-fall. Grenade! 2.9! Bad Luck Fall… countered to the Sleeper! Fale struggled, then reversed to a sidewalk slam. A flurry of palm strikes from Shibata and back into the Sleeper! Fale faded to the mat. Penalty Kick! One, two, three! YES! Genuinely thrilled with that result. And, honestly, the match was way better than it had any right to be. Fale was at his monster best and I was reminded that Shibata’s an excellent underdog babyface. Admittedly the arm-work didn’t really pay off, but there was good intensity from start to finish and from the moment Shibata got a sniff of a comeback it built to a fever pitch. I’m serious, this was: ***3/4

Shibata is handed the fabulously ludicrous trophy and takes the mic to announce that he will challenge KAZUCHIKA OKADA for the IWGP Heavyweight Championship!

The confetti falls and we’re out!

Final thoughts: Not a blowaway show or anything, but the Cup final was much better than I anticipated it would be. I was way into it! Throw in a bunch of decent-to-good undercard tag matches with a lively crowd and you have a very watchable few hours worth of wrestling. Overall, a slightly stronger tournament than last year in terms of quality matches – again Ishii proved to be the MVP – and although Fale’s run to the final was less than inspiring he more than held up his end of the deciding match. Good work.

I’ll be back on April 9th to cover Sakura Genesis. See you then.