Bruce continues to feel the fallout from his extreme new crime fighting methods — is he ready to face the might of Heretic?

Picked because: Most Futures End tie-ins don’t seem like must-buy comics, but a few of them have some really interesting stories to tell. This one features Batman facing down what could be the Damian clone, Heretic, responsible for his son’s death. And, we also get a look at an all-new Robin that fans of Zero Year should be able to identify. So far, the Bat-Family has been able to keep things interesting and fun within the confines of Futures End. Other books have told somewhat interesting, if a bit rushed, stories but this line is capitalizing on the format in a way that could actually get readers to give the full FE title a chance. For those who’ve been reading FE, the Batman line is giving answers to some long-asked questions, namely: What is Batman doing during all of this? And let’s not forget that this entire issue is illustrated by Dustin Nguyen. He’s way out of Lil’ Gotham now and showing that he can flex some serious muscle with his line and ink work. If you missed getting Batman and Batgirl last week or Detective Comics two weeks ago, you should correct this as soon as possible. And while the 3D covers are kind of interesting, there’s no real reason to shell out all that extra cash for them if the 2D covers are an option. 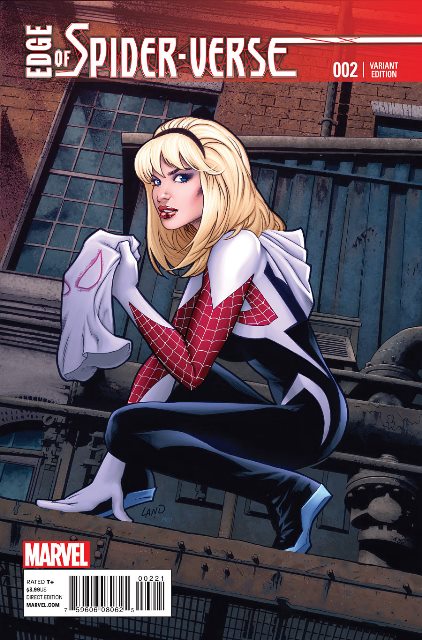 Picked because: Gwen is back! Well, a version of Gwen is back and she’s the one behind the Spider mask this time. Jason Latour has made a name for himself as an accomplished artist at Marvel and Image, but lately he’s been making waves as a solid writer, too. This is the kind of story new fans should flock to for something totally out of the box, yet still familiar. Old fans will likely find plenty to love here, too, when Gwen suits up and reminds us why we miss her so much some days. Robbi Rodriguez is a Vertigo transplant, having been on Collider FBP since it started. His work on that title got plenty of attention, even if the book itself was a bit lackluster. His art, however, is a perfect fit for this story and compliments Latour’s writing. Spider-Verse continues to add intrigue and fun to what could potentially be the biggest Spider-Man event in a couple of decades (ever?). The cast of Spider-powered characters is certainly bigger than it’s ever been before and having all of these characters finally coming face-to-face is a big part of the fun. Don’t miss this book tomorrow! 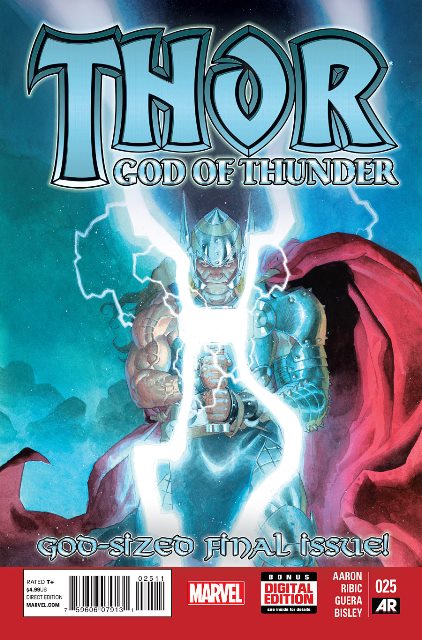 Picked because: What a run this team has had! While Jason Aaron’s run on Thor is continuing on with a new #1 next month, this is the end of the line for superstar artist Esad Ribic. His line work and overall style have been just as instrumental in making this the best Thor ongoing ever published as Jason Aaron’s writing. While the new Thor series is likely to continue the strong storytelling we’ve been enjoying for the last two years, it’s going to be a crying shame that Ribic will not be bringing the character to vivid, painted life. And despite this being a “Final Issue,” it might be a good time to introduce someone to the character of Thor. Lots of history will be explored in this extra-sized issue along with the introduction of our new Thor, who still remains unidentified (good on Marvel for actually keeping something a secret). If you’ve never tried out an issue of this amazing series before, grab this one and prepare to be amazed. Tomorrow will be bitter sweet, but Thor lives on and the new series looks to be as awesome as the previous! 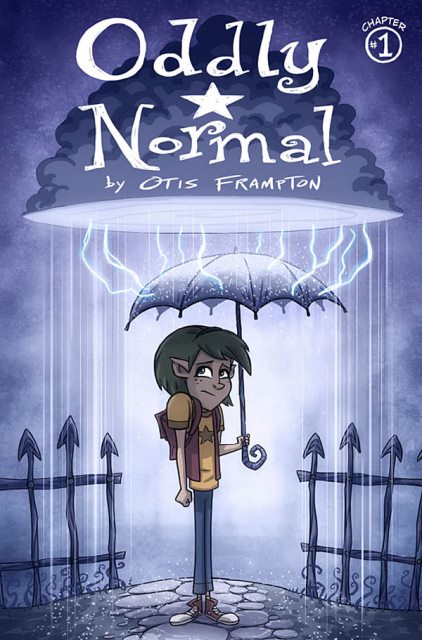 Oddly inherited her pointed ears and emerald hair color from her mother, who hails from a magical land called Fignation, and as you can imagine, this makes fitting in at a school full of mortals challenging to say the least.

On her tenth birthday, feeling misunderstood and alone, Oddly makes a disastrous wish over the candles of her birthday cake and her parents vanish from existence. Now, with the aid of her great aunt, Oddly must travel to Fignation to live under Auntie’s care while the elder witch works to uncover the mystery of their disappearance.

Picked because: Magic, fantasy and all-ages material can go either way in comics. But in this case, the combination seems to have made something that’s worth checking out, be you a fan of Sabrina the Teenage Witch or The Wizard of Oz. There seems to be a hint of Fairly Odd Parents in there, too, so if you have kids who loved that show, maybe this’ll be a comic they’d love. And if you’re sense of humor is in line with the various “How It Should Have Ended” cartoons on YouTube, then you’ll probably love this as well. Otis Frampton is one of the animators behind that popular web series. The strong anti-bullying message in this title will be relevant to many fans, both young and old, and the humor doesn’t feel like its talking down to readers but trusting that they can actually get a joke. This sets it apart from lots of other all-ages titles from the outset. If you have children or are a kid-at-heart, give this a shot for something a bit different tomorrow.