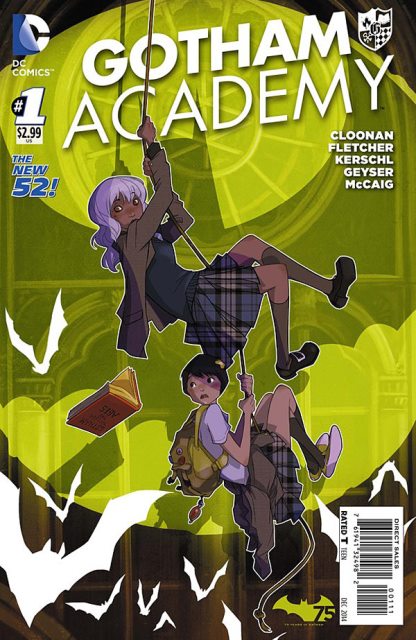 WELCOME TO GOTHAM ACADEMY! Gotham City’s most prestigious prep school is a very weird place. It’s got a spooky campus, oddball teachers, and rich benefactors always dropping by…like that weirdo Bruce Wayne. But nothing is as strange is the students!

Like, what’s up with Olive Silverlock? Is she crazy or what? Where did she go last summer? And what’s the deal with her creepy mom? And how come that Freshman MAPS is always following her around? And is she still going out with Kyle? P.S. Did you hear the rumor about the ghost in the North Hall?!

Picked because: This is one of DC’s most anticipated new titles of the year, mostly because it’s so different from anything else in the New 52 line. This teen drama set in continuity with the rest of the Batman Family follows a group of students at Gotham’s most prestigious private school as they discover the secrets hidden within its walls. There won’t be much, if any, superhero presence in this one aside from the occasional Bruce Wayne appearance, but that’s to the book’s benefit. While it’ll be in continuity with the rest of the line and New 52, it gets to do its own thing and concentrate on developing new characters aimed squarely at an audience who may have felt a bit neglected by DC of late: young female readers. Aside from the smart, yet fun, scripts and plots from Fletcher and Cloonan, Karl Kerschl’s moody but still bright art style perfectly captures what it might be like for teens living in Gotham City’s more prestigious neighborhoods. Their parents might have money, but there are dark secrets everywhere in this town. And could we see a Court of Owls connection along the way? In any case, this could be one of the most refreshing new titles of the year so make sure to give it a try this week. 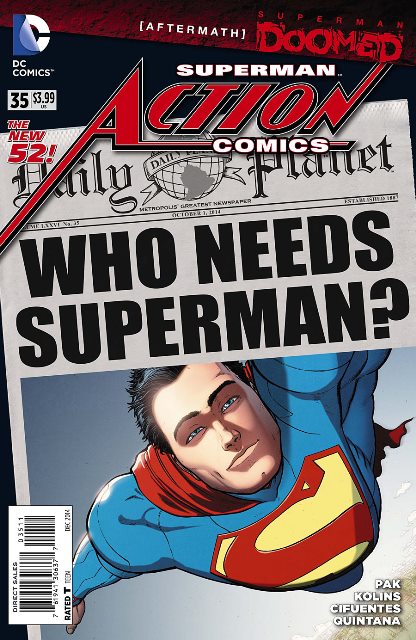 “SUPERMAN: DOOMED AFTERMATH”! In the aftermath of “Doomed” – what is left of The Man of Steel? And what’s become of Smallville?

Picked because: Doomed is over and Superman returns to Earth after defeating Brianiac and the Doomsday infection, but at what cost? This issue is going to explore the lingering doubt Superman has about whether or not the world still needs him. After all, a lot of people died during the events of Doomed and it wasn’t all just the villains doing the damage. Greg Pak’s Action Comics got pulled into a crossover a bit too soon, but now he’s got a chance to remind us why we fell in love with it in the first place. Great character development, fun action and dialog with some of the most dynamic art of the entire Superman line. It’s hard to resist a full issue of Superman drawn by Scott Kolins, too (he’s also guesting on Justice League this week!). What Action Comics has done best under Pak’s guidance is give us good reasons to care about Clark Kent. Now that he’s transitioning back to telling a story that’s all his, that energy and soul should easily find its way back into the title and hopefully attract even more people to it. 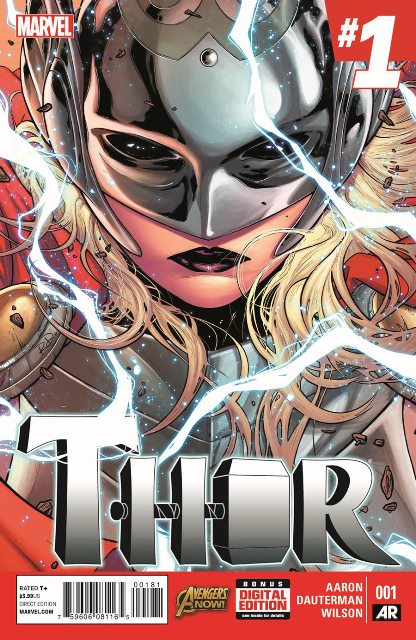 No longer is the classic male hero able to hold the mighty hammer, Mjölnir, a brand new female hero will emerge who will be worthy of the name THOR. Who is she? Where did she come from and what is her connection to Asgard and the Marvel Universe?

Picked because: It’s finally time for the new Thor to make her first appearance! After a couple of months of build up and anticipation, what might be the most ambitious Thor story ever is finally set to kick off. Jason Aaron’s run on the character has been a storied one, for sure, but this is something else. He’s taking the story in a direction that nobody saw coming and it’s both enthralled fans and caused quite a bit of controversy. But, it’s time to find out if the story contained in these pages is worth all of the hype and uproar over some pretty big changes. The original Thor will still be part of the series as this is a continuation of what Aaron was working on previously, but with a new #1 and a new artist, former Cyclops artist Russell Dauterman. Esad Ribic not being around anymore is a big loss for the character and us readers, but Dauterman is more than capable and has turned out some really good looking pages so far. It may be a few issues before he and Aaron fully click as a team, but where they are right now isn’t looking too bad at all. It’s a new day, Thor fans, and it’s time to see what it brings us. 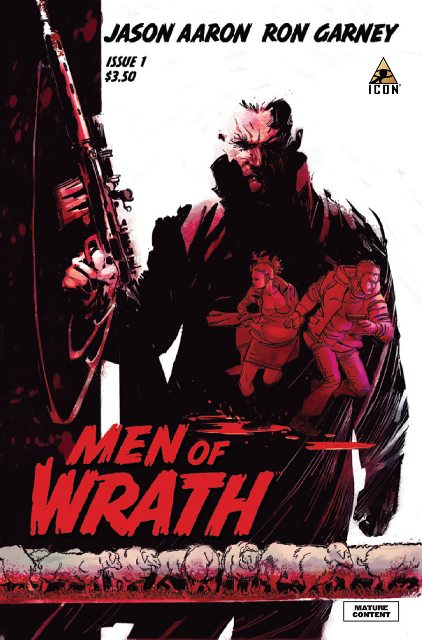 Ever since Great Grandfather Isom killed a man over some sheep, a black cloud has hung over the Rath family. Now, over a century later, Ira Rath, the coldest hitman ever to walk on Alabama soil, has taken a job that will decide the fate of his cursed family once and for all. Writer Jason Aaron (Southern Bastards, Scalped) and artist Ron Garney (Weapon X, Thor: God of Thunder) team up once again, to bring you the story of a Southern family, whose only heirloom is violence.

Picked because: Jason Aaron gets back together with another Thor: God of Thunder artist for his next Alabama-based title and it looks just as amazing as Southern Bastards. Aaron has been killing it lately on just about everything he touches and has become a go-to guy for Marvel comics. While his Southern Bastards are currently topping the Image charts, he’s brought this to Marvel’s Icon imprint instead. If one’s thing for sure, Aaron will incorporate some real Alabama culture into the story that won’t come off as stereotypical or condescending. And if Southern Bastards is any indication, the violence level will rival any Tarantino movie. Icon is meant to be Marvel’s answer to DC’s Vertigo imprint, but its success has been somewhat limited thus far. This could represent a turnaround for the creator-owned side of the Marvel house.