It’s a rampage in the Batcave! It’s come to this: Superman, Batman and Wonder Woman against Wraith! Alone, they wouldn’t have a chance – but they don’t have much of one together, either! And all the while, Lex Luthor’s machinations are clicking into place…

Picked because: This series has tried the patience of all Superman fans…but it’s too good to give up on, especially this close to the end. Last issue showed that, if written properly, Superman IV: The Quest for Peace could have been a great film. It takes true talent to make that a possibility and this team of Snyder and Lee is loaded with it. We haven’t seen a straight team up of the Trinity in the New 52 and the prospect of getting one here for a big fight in the Bat Cave sounds like a rockin’ good time. Especially with the magnificent pencils of Lee steering the ship. This is also the one book in the New 52 where Lois Lane really does seem to get her due. She’s smart, capable and as much a crusader for truth and justice as her big blue compatriot. And on top of that, there’s a really crazy subplot with Lex Luthor manipulating Jimmy Olsen that will hopefully find its way into the main plot before this all wraps up. Since it all takes place pre-Forever Evil some of the status quo is different from, say, the recent Superman #32 (which was awesome, go get it!), but it’s a Superman story that would fit in any era of the Man of Steel. Wraith has been developed well, but it’s clear this is likely to be his one and only appearance…at least for a good while. And that’s o.k., this story is meant to be one with a beginning, middle and end. Only two issues to go now, but each one plays out in epic fashion. No Superman fan should be missing this! 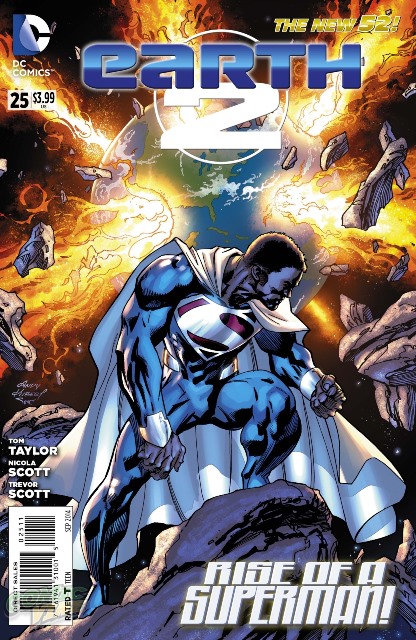 In this extra-sized issue, Val-Zod finally accepts his role as the new Superman of Earth 2 as he faces the twisted, brutal original Superman, who once protected the planet but now prepares it for Apokolips and the forces of Darkseid.

Picked because: Earth 2 needs a Superman and now it’s finally getting a proper one. This title has never faltered from quality. Even changing writers didn’t slow it down. If anything, it made it better. Taylor has crafted a story with Nicola Scott that is absolutely great to read each month. While this issue is a dollar more than usual, getting more story and background on Val-Zod is going to be more than worth it. Especially if we get to see him go toe-to-toe with the now-evil original Superman of Earth 2. When rebooting continuity, it’s more fun to throw caution to the wind and really turn things upside down. Earth 2 is the book that’s done just that and to great success. This is one of the most fun and intriguing stories in the entire line. Honestly, it’s hard to believe it’s actually held the line at $2.99 this long. If you haven’t tried out Earth 2 yet, this may seem like an odd time to get on board, but getting the origin of Val-Zod will plug you into the world and will likely make you want to go back and catch up with the trades. And that’s money well-spent. 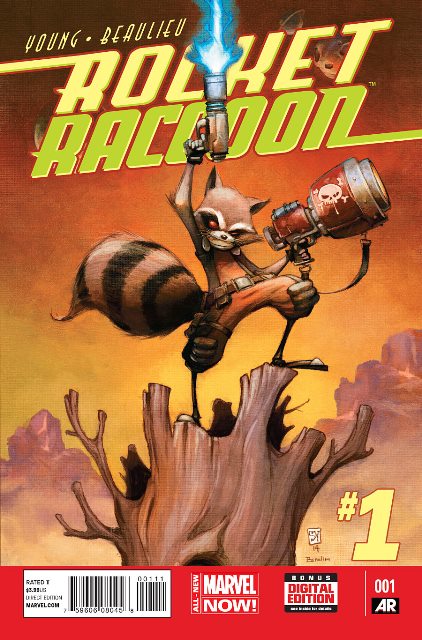 As defenders of the cosmos go, Rocket Raccoon has faced his fair share of galactic battles. He’s been a hero to the weak, a champion of good, a protector of the innocent, a heartthrob to the many intergalactic female species and now–a raccoon on the run?! ( I’m sorry, I’m sorry, a “formidable-and-expert-Guardian” on the run. Rocket is NOT a raccoon, okay?) Rocket’s high-flying life of adventure and heroism may soon be a thing of the past when he becomes a wanted man—and the authorities are not the only one on his TAIL! (We’ll definitely be overusing that pun!)

Picked because: Skottie Young is drawing the interiors of a title starring Rocket Raccoon. If you need more than that, I don’t know what to say for your comic sensibilities. Fine, here’s more: Rocket is likely to be the big breakout star of this summer’s Guardians of the Galaxy. He’s a hilarious character who kids and adults will enjoy and in this setting should turn out Marvel’s next big cosmic hit. You want humor and action? Here it is! He’s a foul-mouthed mercenary with a living tree for a best friend/partner/body guard. Oh, and he’s a freakin’ raccoon! This has “massive hit” written all over it and you know you want to be there from the start. 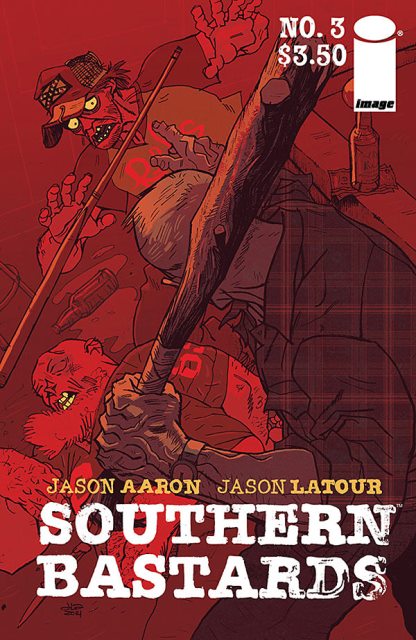 Earl Tubb’s one-man war to clean up Craw County begins to rage out of control, as it claims its first casualty.

Picked because: This might be the most enjoyable reading experience this born-and-raised southerner has picked up this year. A man on a mission to clean up his home town from all the dirty corruption of a local drug dealer/football coach/all-around-evil “Sum Bitch” is the kind of story that sticks with you like the BBQ at the local hole-in-the-wall smokehouse. It might make you hurt a little inside after, but you’ll love getting there and it’s oh-so satisfying. After Earl found his dad’s old stick last issue, business is really going to pick up now. Aaron and Latour just “get it” when writing about the good and the bad of the Deep South. Being natives, their perspective is certainly a familiar one to those who’ve lived here all their lives. It’s their delivery that makes it worth coming back for more. If you’re tired of superheroes or you want to read something that’s exciting, funny and with a sense of real social justice, pick this book up immediately. 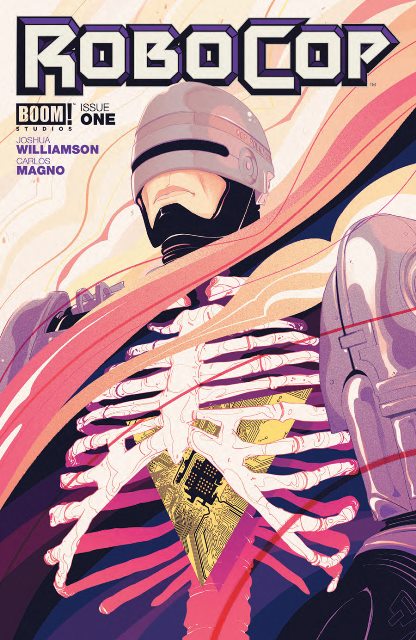 WHY WE LOVE IT: If you’re like us, the classic 1987 film holds a special place in your fan heart. Now, we’re taking the next step to give fans an original, ongoing RoboCop series set in that very world. This is the hard-bitten world of RoboCop we all grew up on!

WHY YOU’LL LOVE IT: If you’ve ever wondered what happens to RoboCop and his partner, Anne Lewis, after the first film, wonder no more. Joshua Williamson (GHOSTED) crafts a story of crime and corruption that fans of Gotham Central, Stray Bullets, and Incognito will enjoy. Carlos Magno (PLANET OF THE APES, DEATHMATCH) brings RoboCop and Old Detroit to life in detail and intensity never seen before.

WHAT’S IT ABOUT: A deadly and charismatic criminal, Killian, is released from jail. He went into the slammer before RoboCop hit the streets. Now he wants to take out the biggest cop in the city. When OCP wants to take guns off the street, Killian sees it as his opportunity to take on the former Alex Murphy!

Picked because: See all that text above this? That about covers it. If you hated the RoboCop sequels but loved the first one, this is totally for you. If the remake left a bad taste in your mouth, consider this the proper mouth wash. Time to clean up Old Detroit again and it’s worth way more than a dollar.