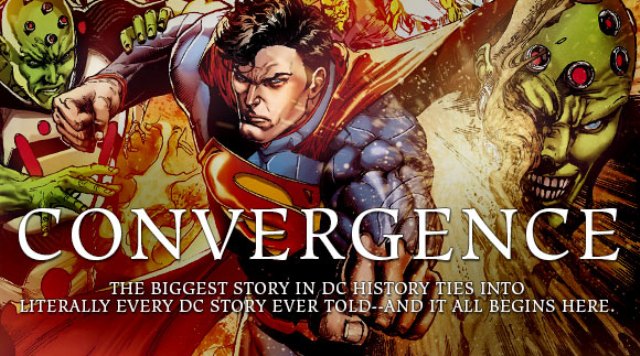 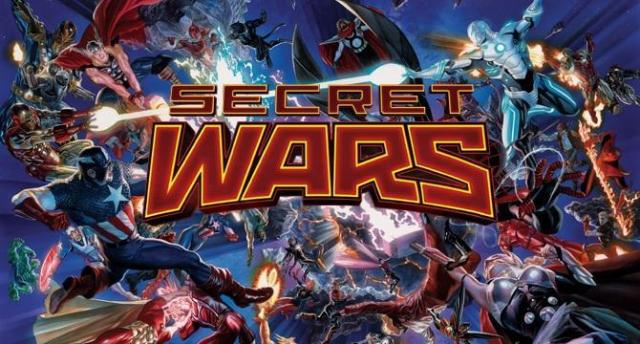 The weeklies at DC Comics have ended and Marvel is only weeks away from launching Secret Wars so what does that mean for New Hotness?

Well, it means a slight change in the usual programming for a bit. Both of these events have a lot in common. They both feature heroes and villains from both companies’ multiverses pitted against one another on a newly formed world. Both involve these various heroes and villains fighting for survival and both will have varying effects on their respective continuities.

For the next couple of months, I will be examining the story of both major events and giving you, the good readers, some context and a little bit of opinion. Convergence will end on May 27 while Secret Wars is continuing on through the summer, likely to close out in September. I’m going to exam the impact of each series as it goes along and what kind of implications are being made by various mini-series along the way. I won’t be reading every tie-in, so some stuff you’ll just have to seek out for yourself.

Secret Wars will be the more noticeable when all is said and done as it’s creating a whole new continuity for Marvel Comics to work from. This is something that has never happened in its publishing history. Though it has featured a “sliding timeline” that allowed explanations for why certain heroes never seem to age past their mid-30’s, that has become unfeasible in the current climate. The amount of continuity Marvel is trying to hold onto has become like an albatross around its neck and it’s time to shed the weight.

Convergence, which began last week with issue #0 (recap coming next week along with a recap of #1!) is going to have an impact on DC Comics’ publishing line, but in a less noticeable way to Secret Wars for Marvel.

After the end of Futures End and Earth 2: World’s End, the two stories merged to create a new story called Convergence. Those familiar with the Superman villain Brainiac know that he’s a being that finds worlds close to or at their end and he “collects” cities from those worlds to add to his collection. He shrinks them down and bottles them in order to preserve the information from them and add it to himself.

Convergence features a kind of “Super Brianiac” that isn’t traveling a single universe, but the entire DC Comics Multiverse. He’s collected cities from the various Earths and his new experiment is to pit these cities against one another on a new world he’s created especially for them to see which realities deserve to survive. We’ll be seeing characters from before the original Crisis on Infinite Earths, various Elseworlds titles including Kingdom Come, Gotham by Gaslight and Superman: Red Son as well as Flashpoint and pre-Flashpoint era stories finally getting “proper endings.”

Alongside the weekly Convergence series there will be a series of two-issue tie-ins featuring some of the pre-Flashpoint and Elseworlds characters coming face-to-face for the first time. It’s likely to be mostly supplemental reading aimed at long-time fans. However, I will be following a few of them so you’ll get to hear all about how much fun they are (or aren’t).

This format is temporary, but made more sense than telling you which books to go out and buy each week for now. Simply put, your guess is as good as mine with the current event tie-ins. Think of this as me “going first” in case you’re weary of picking up a bunch of titles all at once. I might not try all of them, but I will be regularly grabbing things like Nightwing/Batgirl by Gail Simone and Thors from Jason Aaron. And how could I say ‘no’ to a Greg Rucka Question two-shot, especially when it features Renee Montoya? And don’t forget to look up Old Man Logan from Brian Michael Bendis. That’s going to blow some minds, I think.

Next week I’ll be diving into both Convergence #0 and #1 along with a few of the tie-in stories. This will result in a changing of publication date for New Hotness so don’t be surprised if it doesn’t come out on Tuesday as usual for a little while. See you on the other side.