On the six-pack store shelves and barroom taps across the country, summer is giving way to fall. Sure, the weather is still ranging from beautiful to sweltering outside your beer stein, but inside the fruity and light brews are getting much darker. It’s Oktoberfest season…but yet it’s not October. Herein lies the distinction: Oktoberfest is a German festival held in late September every year. Yet the American craft beers made for the occasion tend to be of a darker and maltier variety better suited for the cool breeze and cracking leaves of Autumn, for October if you will. Sam Adams acknowledges the distinction, with their Octoberfest beer opting for the month and not German spelling. As the most popular (and in my humble opinion, the best) beer of the style widely available in America, the market has taken Sam’s lead. This is why store shelves in mid-August are already filling up with fall beer. It’s the beer industry’s own version of Christmas-creep.

So what is the point of this list? To load up your six pack with beers better suited for the real Oktoberfest season. Not quite summer nor fall but most assuredly German, these six will hit the spot on a September day. One caveat for the traditionalists out there: only a few breweries in Germany are officially allowed to brew an “Oktoberfest” beer, I include some but not all of these brewers in order to showcase a broader range of German styles.) As usual, in the order you should drink them… 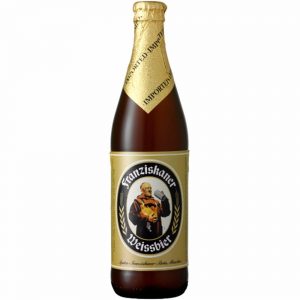 Franziskaner Weissbier: A widely available, extremely accessible to all drinkers, and downright delcious beer. This one sticks to the German purity law and is the exact representation of what I consider “German beer.” If you can’t get into this one, you might want to consider skipping the rest of the list.

König Ludwig Weissbier: This one is similar to the Franziskaner but a bit harder to find. Your big time distributors like Total Wine & More should have it (or probably could get it for you.) I discovered it at Epcot, of all places, where it is for sale in the Germany pavilion’s bratwurst stand. It’s light, easy drinking, but full of that amazing weissbier flavor so indicative of summer in Germany. 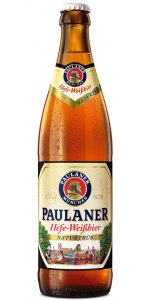 Paulaner Hefe-Weizen: Continuing with German hefe’s, is Paulaner. Another one brewed under the purity law with that amazingly light but full flavor with notes of banana and perfectly paired with citrus if desired (like a Blue Moon here in the States but so much better.) It’s widely available across the country. If you’re anything like me, this or the Franziskaner will become your go-to German wheat beer. 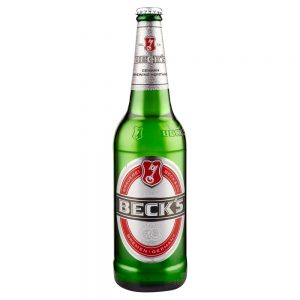 Beck’s: OK, OK. Hear me out on this one. Yes, it is originally a German beer. Yes, the one you get in the states is actually brewed by Budweiser. But I’m including this to give you the idea of what a mass market German beer could be. They’ve definitely lost market share in the last decade but you can still find it throughout the country. It’s more like a Dutch beer (think Amstel Light or Heineken) than the others on this list but it is still distinctly German. If you’ve got someone coming to your Oktoberfest party who only drinks Miller Lite, make him try this one.

Spaten Oktoberfest: The one and only actual German Oktoberfest beer on the list comes from Spaten, one of the only beers officially allowed at the real Oktoberfest. It is definitely darker than the others so far but, as previously mentioned, nothing like the rich and malty Oktoberfests common in the States. It is definitely light and almost as easy drinking as a Pilsner…but there is still a sharp edge to it that differentiates it. Pairs well with sausages, as it should.

Hofbrau Dunkel: The darkest of the beers on the list, this one will remind you the most of an American Oktoberfest beer but is actually not a style served in the real Munich celebration. Dunkels are basically darker and maltier hefes (although if that’s really your jam, try Hofbrau or Franziskaner’s Dunkelweiss beers, which are different than a regular dunkel and off the charts amazing, though also much harder to find in America.) This beer is great although honestly you can’t go wrong with any of Hofbrau’s beers.

So there you have six German beers to try. Some made for summer, some made for fall, all perfect for a September Oktoberfest celebration. If you find that you prefer one style over the others, make your next six pack filled with that style from each of the brewer’s mentioned here (also try out anything from Augustiner, Hacker-Pschorr, or Lowenbrau, all found at Munich’s Oktoberfest, or Ayinger, that is not.)