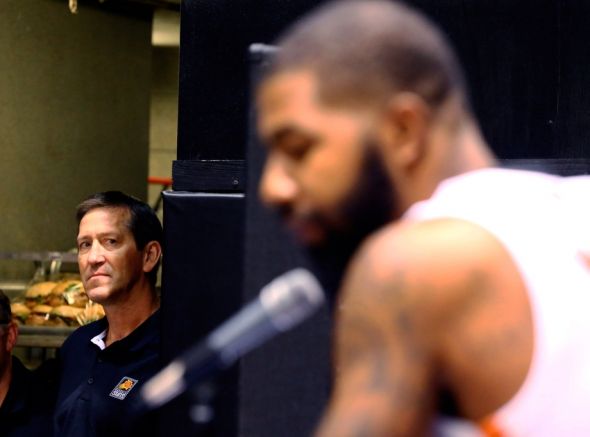 It’s time to ring in the new year as Place To Be Nation’s NBA-Team, Adam Murray and Andrew Riche, bounce back from some R&R to talk about some resolutions that we foresee in the regular season. Will there be a final resolution for Jeff Hornacek, Markieff Morris, and the spiraling Phoenix Suns? Was Morris the reason behind the team’s collapse or does it go farther than that? Riche and Adam also talk about the Sixers re-focusing and preparing for the post-Hinkie era, the Warriors’ possible over-reliance on Steph Curry, Klay Thompson as the best shooting guard in the West, the College Football Playoff, Kansas vs. Oklahoma in an epic #1 vs #2 matchup, and much more. So suit up and take it out with the NBA-Team!