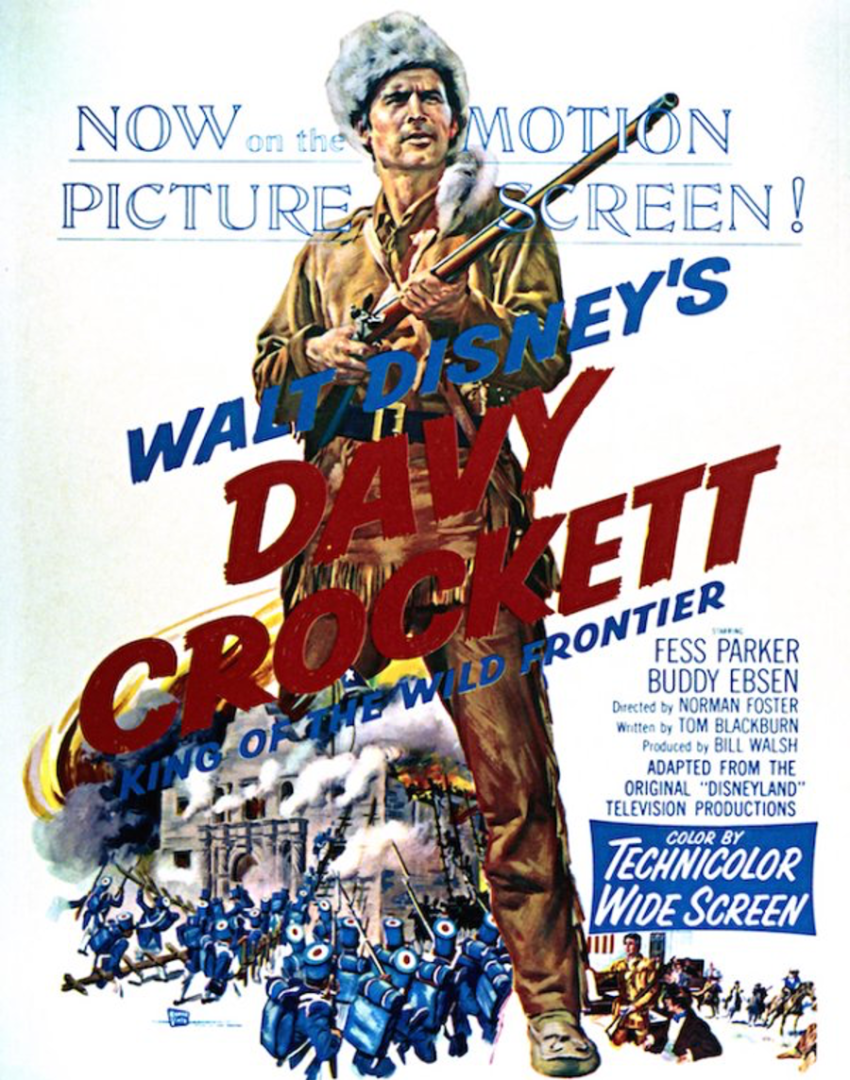 Final Thoughts:  Originally made as a 3 part Television series, Davy Crockett: King of the Wild Frontier, shows the great aspects of Davy Crockett life.  Though I am not trying to discredit the man that was Davy Crockett, but this whole movie felt like one glorified puff peace.  Not once they show any faults that he may have had.  But, due to its success in the box office, which was amazing in its own right (since it was released originally on television).  This led to Davy Crockett’s television show and also a prequel that I will be reviewing next week.

As I have said in some of other reviews Walt Disney loves these sort of stories.  Main examples of this would be simply going to Frontierland in any of the Disney parks where you can buy Davy’s now infamous Raccoon hat.  Also at Disneyland, they have the Davy Crockett canoes.  But, the part I love to learn about is how much Walt, was involved in each of these movies so far.  He has helped in creative and technical aspects of these movies.  In this movie, probably his biggest contribution to it was his decision to have Fess Parker play Davy Crockett.  Originally it was going to be Buddy Ebsen, but when Walt saw Parker in the movie Them! He knew he had his Crockett.

As I have said this movie was split into three parts for its first airing on television.  Which you can definitely notice when you watch the movie, because each part looked at a different portion of Davy’s life as mentioned in the plot.  I don’t really understand why they broke it up in the first part.  Usually this is done when the movie is much longer in duration.  But this movie was less than 90 minutes.  Just seems odd to me to break it up, when each part was relatively short.

Overall this movie was ok, but I think they could have made it longer to show more of the life of Davy Crockett.  But despite my view on this movie, this movie did really well.  Enough so that Walt Disney is quoted as saying that if he knew how popular this movie was going to be he wouldn’t have killed him off in the last part.

Next Review: Davy Crockett and the River Pirates