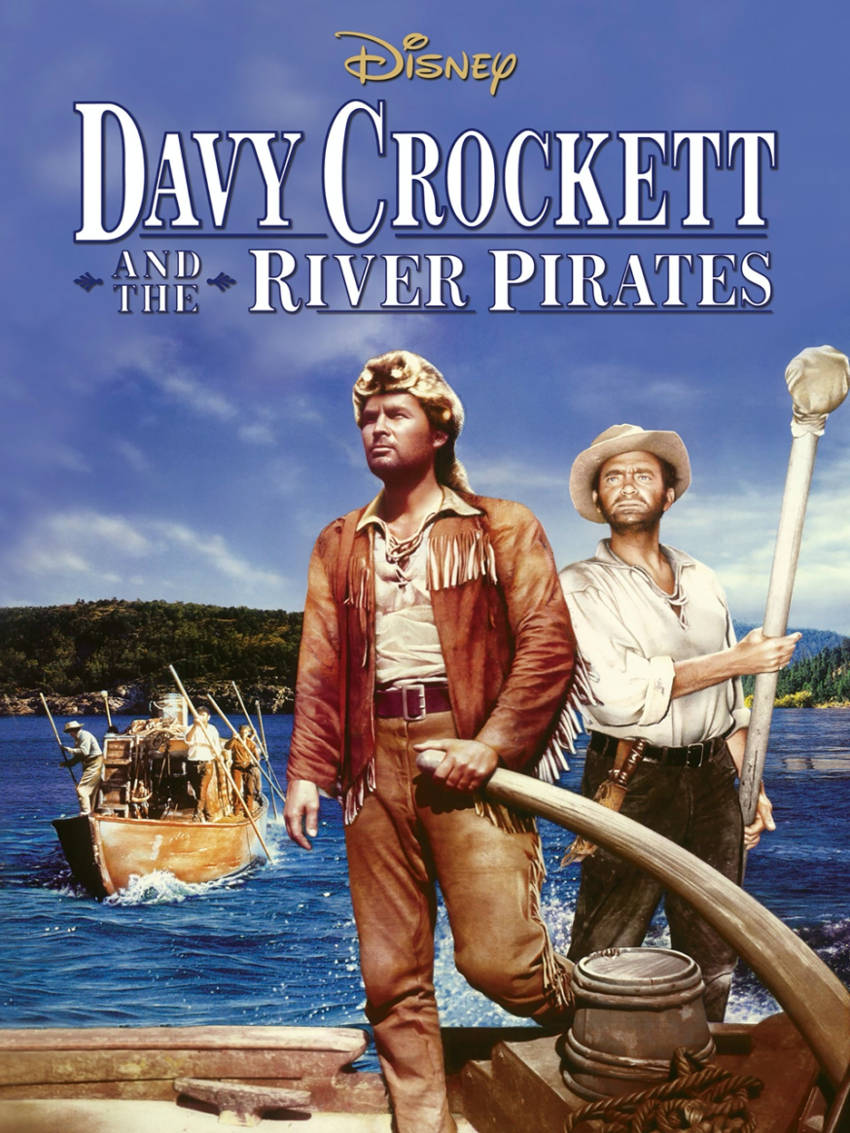 Davy Crockett and the River Pirates

Plot: In this Prequal to Davy Crockett, King of the Wild Frontier, Davy finds himself in competition with the King of the River Mike Fink.  They make a bet between each other.  First one to New Orleans gets to keep the furs that Davy and his friend George Russell have caught.  But, their race is marred by the prospect of Native Americans who have been attacking all the boats that go through their territory.  After beating the King of the River, Davy sets out on investigating why these so called Native Americans are attacking all the ships that go past in the river.

Final Thoughts:  Like the previous movie, this prequel was made for television and split into two parts.  The first part being the race to New Orleans and the second the battle with the Native Americans.  Where I did not like how they split up the first movie, this one didn’t bother me.  It actually flowed better.  In King of the Wild Frontier, you can definitely tell where they broke it up into 3 parts.  Here I never really noticed it, the story just kept going on like a normal movie would.

In this very rare occurrence at least for me, I actually liked this movie more than I did the first film.  If they kept these movie s to this formula, I think they could have kept going with the series.  But alas this is the last Crockett movie made by Walt Disney.  But, if you think this movie, which to be honest I had never heard of before this adventure, does not have any impact on Walt Disney theme parks then you would be wrong.  The Mike Fink Keel Boat started in Disneyland and made its way to the Magic Kingdom, & EuroDisney.  All of them have since been closed aside from the one in EuroDisney which is still currently operating.  I remember going on this boat when I was a kid, though it wasn’t until watching this movie did I ever realize that this boat was actually a part of a movie.

Acting wise this movie I think was better than the first one, because I think Fess Parker grew into the role more, and to be honest I think he brought more realism into the character in this type of setting than he did in the final two parts of the first movie.  Though I may be done with Davy Crockett, I am not done with either Fess Parker or Jeff York, who return to the Disney movie world with an appearance in Old Yeller.  Which I am looking forward to seeing them in it.

The one major gripe I have with this movie much like the first film, I think the movie is way too short and really needed another 30 minutes to take that next big leap.  Though I have no real proof of this and it’s just my opinion, but I think that Walt Disney at the time this movie came out was still not totally sold on the live action movies that he was putting out.  Though they would not be remembered as much as the animated movies that he had or will make in the next few decades.  I think that as time goes on he gets more comfortable with them and truly gives the movies that he wants to make more time to develop.

If you are looking for a good movie that won’t take up too much of your time, check this one out it may be quick but it will keep you attention.