Over in Dario Cueto’s office, he pulls out the Aztec Medallions that he’s been making guys fight over. There were seven, but now only four remain. We see that Pentagon Jr is sitting in his office and Cueto asks the man if he wants to compete over one of them. Pentagon doesn’t want a golden medallion. He wants to destroy Vampiro though. Tonight, he will force Vampiro to accept his challenge. If he doesn’t though, Pentagon will show him why he is ZERO FEAR. As Pentagon starts to walk away, Cueto wants to know when he gets to meet the Master. He will reveal himself when Pentagon can prove he is ready. Fair enough.

Bengala starts off walking the ropes and taking Daivari over with an armdrag. As Daivari bails out, Bengala takes him down with a tope suicida. Back in, the ref gets distracted and Big Ryck shoves Bengala off the top rope to turn the tide. He throws Bengala out to Big Ryck for some extracurricular activities. Back inside again, Bengala hits a nice handspring elbow and follows up with a DDT and a cross leg rollup for 1-2-NO! He ducks a clothesline MATRIX STYLE and catches Daivari with a superkick for another two. Daivari reverses a whip on Bengala and the white cat takes out Big Ryck with a tope suicida! In the ring though, Daivari stops Bengala up top for a superplex. Cover, 1-2-NO! Big Ryck is on the apron and a poor heel miscommunication spot leads to the Chaos Theory to Daivari as Bengala gets the upset win. (3:31) I don’t think they have established Daivari and Big Ryck enough together to make their tandem work. Anyways, a fine short match here. *½

Before we go to commercial, Vampiro jumps into the ring. Oh man…

AND WE’RE BACK. Vamp acts like he’s not going to fight Pentagon. He tells us that he’s been around for 30 years. He’s seen it all and wrestled in every corner of the globe. Vamp realizes his time is over. He mentions one more match and the crowd chants it back at him. Vamp seems cool with Pentagon pouring gasoline on him and planning to set him on fire because that reminds him of himself. Well, with that statement, Pentagon Jr. comes out and wants an answer already. Will Vampiro face him at Ultima Lucha or not? Pentagon makes fun of his real name Ian Hodgkinson. Vamp tells Pentagon to go back to his Master and tell him that it is not Ian Hodgkinson who will be wrestling him at Ultima Lucha – it will be VAMPIRO. Vamp rips open his shirt and ducks a clothesline to chokeslam Pentagon. After he leaves Pentagon laying, Vamp heads into the crowd while Striker does his voiceover hyperboles. Is it just me or are they severely overstating Vamp’s legendary status? I dig the feud they have going on here, but this felt very forced to me.

In the back, Sexy Star finds Super Fly’s mask in her bag that she won and reflects back on that moment.

Cuerno controls to start backing Killshot into corners. After Cuerno gives him a SHH chop, Killshot fires back with dropkicks. Cuerno answers back with one of his own. To the floor we go, Killshot sees the tope suicida coming and kicks Cuerno in the face to block. Back inside, Killshot somersaults in and drops Cuerno with a cutter for two. Back on the floor, Killshot somersaults over the top rope and manages a headscissors like it ain’t no thang. They kick each other on the apron until Cuerno gives Killshot a nice powerslam on the edge of the ring. Back inside, Killshot comes back with some kicks and a flying body press. As he runs the ropes, Cuerno catches Killshot with a knee and then delivers a reverse hurracanrana. Killshot rolls out to the floor as Cuerno gets that tope suicida. Back inside, Cuerno can’t get the THRILL OF THE HUNT, so he applies a surfboard and dragon sleeper for the submission. (6:07) These two looked like they have some chemistry together. Good stuff. ***

Vamp wonders how these two can battle each other after their mask versus mask match. Well, one way is to go to the finish ASAP. When Super Fly gets a hold of her, she knees him in the balls and delivers the tilt-a-whirl into the Fujiwara armbar for the finish. (:32) Super Fly really is the biggest loser in Lucha Underground.

Speaking of big losers, Marty the Moth comes out and confronts Sexy Star. He grabs her medallion and tells her it’s only fair that she give him the chance to bring the Aztec gold back to his Aztec family – RIGHT NOW. Alright then.

Sexy Star is ducking and moving all around the ring to start. Marty does manage to get a hold of her and slams her down. He applies a FIGURE-FOUR and hopes to finish her off, but Sexy reverses the hold and Marty finds the ropes. Wow. From out of nowhere, Sexy reverses another slam with a tilt-a-whirl and applies the Fujiwara armbar again for the submission win. (2:20) Probably could have just had this match happen over the medallion in the first place instead of squashing Super Fly in thirty-two seconds.

PRINCE PUMA & MIL MUERTES SHOWDOWN: Dario Cueto will be conducting this little piece of business. While the competitors go nose to nose, Catrina appears at the top of the steps and starts to walk down with the Aztec stone in hand. Cueto asks her to leave since she’s not invited, but Catrina doesn’t listen. The Disciples of Death appear as well and wheel out a casket. Realizing this is just one big ambush, Prince Puma throws the first punch at Mil Muertes. When he can’t whip him off the ropes, Muertes punches him down as Catrina leads this four on one attack. Konnan comes down and fights off the DOD with his cane. Vamp is actually cheering on Konnan here. Where are the trios champs? Konnan gets distracted by Catrina though, so Muertes grabs the cane and whacks him in the gut. When Prince Puma paws at Catrina, Muertes jabs the cane at his face to knock him out. Catrina knocks out Konnan with the Aztec stone while Muertes holds up Puma to make him watch the DOD put Konnan into the casket. As Catrina shuts the lid, Muertes drops Puma with the FLATLINER. The DOD wheel the casket back to the locker room while Muertes holds up the Lucha Underground title and Konnan’s cane – clearly looking victorious here tonight, BUT CAN HE BEAT PUMA WHEN THE TITLE IS ON THE LINE? Unless you’ve already read the spoilers, we’ll find out at Ultima Lucha. 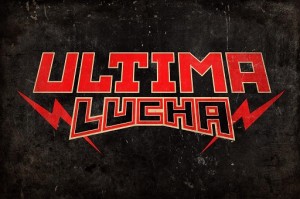 Ultima Lucha – the two-hour season finale of Lucha Underground – premieres August 5 only on the El Rey Network. Here is the card as it stands on July 15: