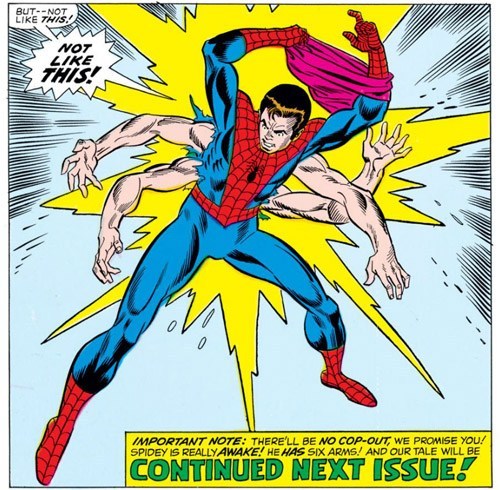 Welcome to the Marvel Age! Each month PTBN Comics’ very own Sarcastic Four (Nick Duke, Tim Capel, Russell Sellers and Todd Weber) take an in-depth,year-by-year look at Marvel Comics’ publishing history, focusing the most significant stories from that year. The team looks at important character debuts, discusses significant comic creators, and places social and historical context of the era onto the books-all culminating in a holistic look at the Marvel Age of Comics.

This episode takes a concentrated look at roughly one-third of the most-significant of Marvel’s output throughout 1971. The Sarcastic Four talk in depth about Marvel Comics’ Fantastic Four combat with the Eternals’ Over-Mind (and the transitioning of Stan Lee off of the title) in issues #113-116, Captain America getting truly ridiculous about race relations in issue #143, the Hulk, Sub-Mariner and Dr. Strange combining to form the Defenders in Marvel Feature #1-2, Spider-Man growing four extra arms and dealing with the debuting Morbius in Amazing Spider-Man #100-102, and Thor yet again foiling Loki’s plans to take the Throne of Asgard in Thor #191-194. The boys discuss the contributions of creators Stan Lee, Roy Thomas, the newly-arrived Archie Goodwin & Gerry Conway, Gary Friedrich, Sal & John Buscema, Joe Sinnott, Gil Kane and John Romita. The S4 then reveal their picks for the best of 1971 Marvel.