Don’t lie. That song has likely been in your head for weeks now ever since this epic piece of commercial history first aired. I currently use Old Spice deodorant and the song pops in my head every time I apply it (usually every day). As does the trademark Old Spice whistle. That is branding. That is awesome branding. You hear that song or that whistle and you think…I need to smell like old spices. Now. The only other deodorant that even comes close in marketing is Axe, but even that is a body spray and aimed more towards teenagers looking to blossom out and get laid. 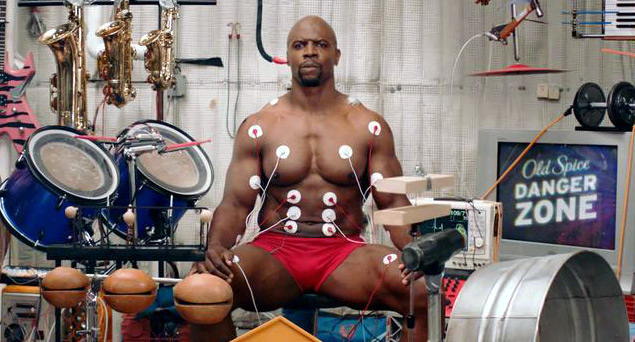 Old Spice is deodorant for men that want to smell like men, which is why they used the great Terry Crews for a lot of ads as well as Ravens linebacker Ray Lewis and actor Isaiah Mustafa. As the ad campaign continued on, things got even wackier and more bizarre, but were always entertaining enough that you needed to see them again to understand exactly what the hell was going on. A guy on a horse! A guy riding a tiger! A guy rowing a boat! And he always smells great. And like a man! Doo-doo-doo-dah-doo-doo! 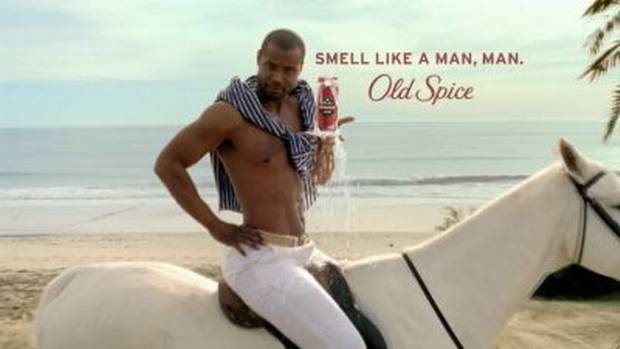 This magnificent company raised the bar even higher as 2013 came to a close. With the NFL playoffs firing up and millions of eyeballs glued into must see games, Old Spice dropped a bomb on the United States. A great, catchy, manly smelling bomb full of inane awesomeness. Old Spice debuted Mom Song.

Time to dissect this piece of brilliance!

The video starts innocently enough, just like any other deodorant ad, with a young man spraying some Old Spice on, grabbing a t-shirt and heading out of the house while a quaint piano plays in the background. As the door closes behind him, we see his mother behind it, fretting about how she didn’t see any of this coming. We then see her son walking with a fetching young lass down a pathway as she watches solemnly from the bushes. She can’t believe her son is a man. And it is Old Spice’s fault. Also, this lady may or may not be Margo Martindale. 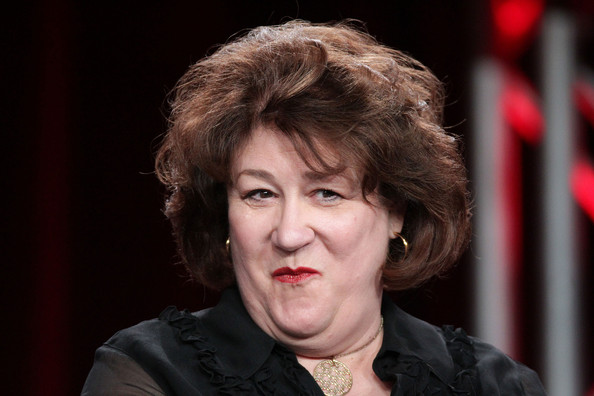 And then things get crazy. As we cut to another studly young buck driving a convertible with a blonde vixen by his side, we see that HIS mother is hanging onto the bumper, gliding across the road, jet skiing in a laundry basket! 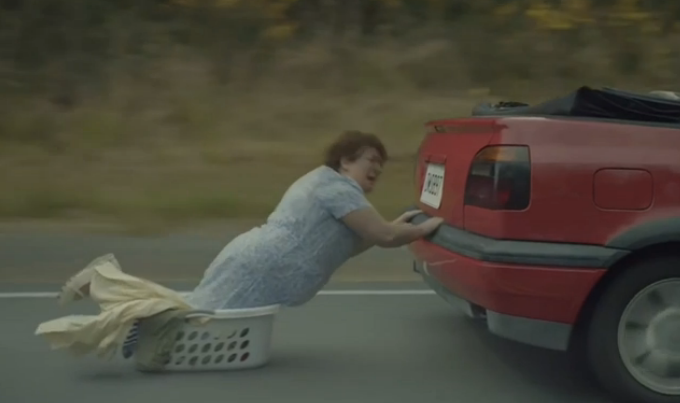 This is where I knew this commercial was meant for me. Not only do I love this asinine majesty, but this lady is clearly the archetype of an old school Italian mother. The mom that does everything for her son no matter how old he is. That is how we Italians roll. They cook. They clean. They do laundry. They cook again. They love. So, I get it. This commercial reaches me. This lady is devastated at her little boy growing up. It rattles her cage like an off balance washing machine. I also believe I own that exact laundry basket. And nightgown.

Now we cut to a school cafeteria, where a ginger tween boy is kernoodling with his ginger girlfriend over a lunch tray. While they make goo-goo eyes, his mother does a sit up from the floor. She may or may not have a neck. Unless it is hidden by the turtle. 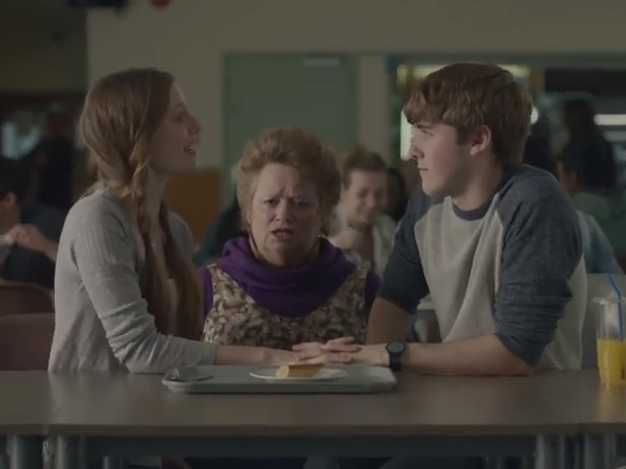 We then quickly jump to the creepiest part of the whole video (which is saying something) as we see a janitor that looks like Rocky Dennis mopping the cafeteria floor in front of a giant M with a wolf logo on the wall. 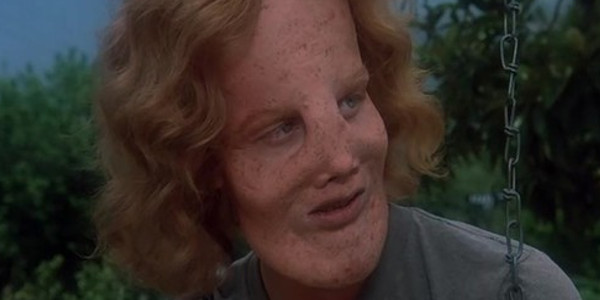 Now, you may think that the M on the wall was randomly there – maybe assuming it stands for Marshall, Montpelier, Madison, Monroe, Malcolm, Mitchell, Muggle or some sort of other president, city or historical figure. But you would be underselling Old Spice. They are smart. The M…stands for Mom. No doubt in my mind!

But things aren’t quite as they seem, as the janitor twirls around and we see that it was just a Rocky Dennis dummy strapped to the back of another despondent mother! She may or may not be Meredith from the Office.

At this point, the song is still mellow, but it is clear the tone is about to pick up. The mothers are not happy that these heathen girls are luring their boys out of the house to misbehave and ignore their chores. That may ding my Italian mother theory from earlier just a bit, because any true 100% Italian blooded boy will tell you they have no chores, besides eating really big family dinners and loving their mothers.

We are about halfway through this puppy and this is when business really picks up. We head to the beach where an African-American boy is lounging on a blanket with his lovely girl, flirting away. Things are peaceful until his mom’s head pops out of the sand, driving the beat of the song up a notch. She starts to belt the lyrics as the couple walks the beach and she plows through the sand behind them like Toad in Super Mario Brothers 2. This is one of my favorite parts of the ad, mainly due to the passion and sass with which she belts out her lyrics.

Elsewhere on the beach, another teen couple is enjoying a laugh at the shore when his mom washes up in the tide, taking the tone from sassy to operatic. She also has on mom jeans with a white collared shirt and a red sweater. These fuckers just nailed it.

After that, the next few seconds bring us a rapid fire compilation of the moms hiding and watching wistfully as their sons drift further and further away. One hides behind a curtain, one in the bushes while another cries in the rain while watching through a window. The mothers are now pissed. One slams her casserole dish while another smashes a delicious looking chocolate cake that even Jane Adler would fawn over. 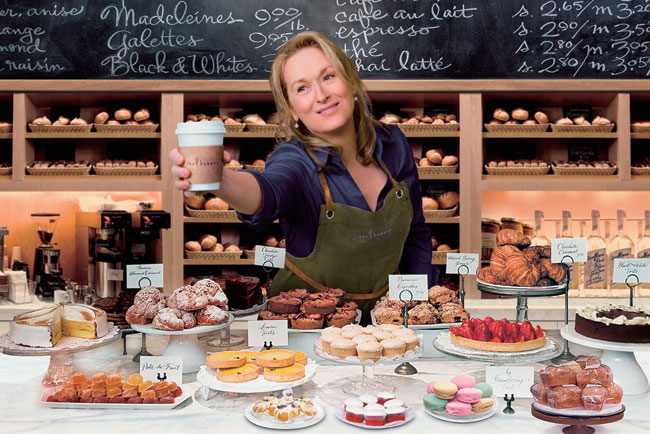 This cascade of sadness crests to a finish as one mother slams from the heavens to the ground while playing a violin that takes us into the crescendo of the song and allows us to unload our emotions just like the teenage boy that walks out of the frame, arm in arm with a hot fox, is clearly about to do. 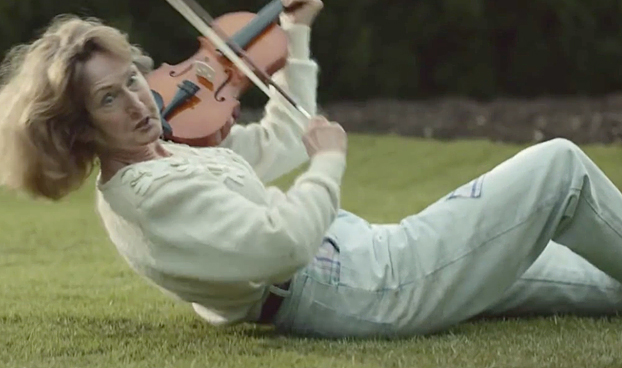 We then hit our final scene, as our original son is on his couch, making out with his girlfriend, who no doubt loves his scent. His musk. His essence. As they lock lips, our old friend Margo slips out of the couch cushion (!) and then glides across the floor into an adjacent room where she coasts up onto another coach and begins knitting. She laments that Old Spice made her son a man AND now the ladies treat him like one! Heartbreaking. Doo-doo-doo-dah-doo-doo!

This is a masterpiece. A commercial legend. I would be fine if the entire 2014 Super Bowl Sunday was just this commercial on a loop for seven hours.

And thanks to the Rocky Dennis dummy janitor, this commercial’s creep factor peaked at a hard 9.7 Lionel Richie “Hello”! Nice work Old Spice!

Andrew Flanagan: Both (creepy and awesome).

Jen Engle: It is super creepy (Editor’s Note: SO ARE YOU!) and I hate it.

Russell Sellers: I laughed and cringed at it, so I guess I hate myself for enjoying it.

Andrew Flanagan: It makes it great. It takes rare genius to get something so intentionally unsettling onto national television.

Kati Price: Lol. Creepy! And weird. And disturbing. Unless, of course, you are part of the Bates Family…

Andrew Riche: 70’s horror film creepy. I love it, but damn it spooked me when I first saw it.

So, as you can tell by the votes… this commercial is really effing hella awesome. No doubt about it. Italian mothers around the world all agree and we all know they are the best! Aren’t I right, Vinny’s mom? 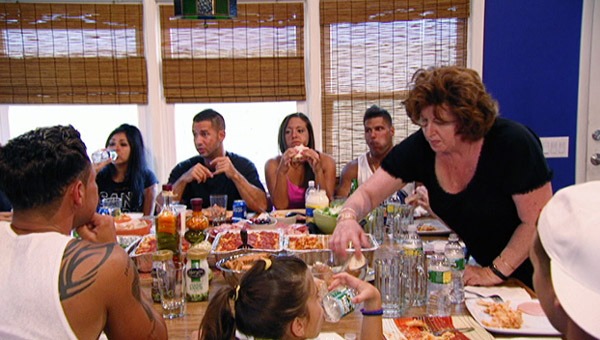